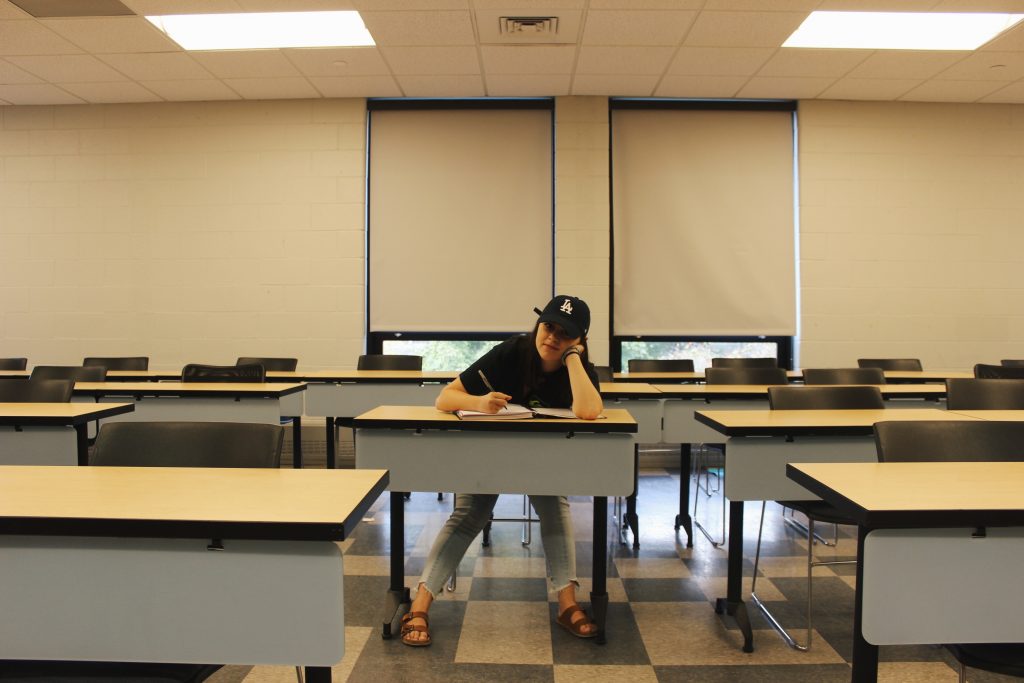 We’ve all been there. Whether you’re a straight-A student or you party every night, it’s more than likely you’ve skipped a class at some point.

Freshman Chris Rowe says he skips class about two to three times a week. “How early the class is and what I did the night before really go into whether I skip or not.”

Sophomore Caroline Free rarely skips but admits she has before. “I skip maybe a couple times a semester, usually when I have other work to do or don’t feel well.”

Junior Brian Thomas, who says he skips class about five times a semester, admits to feeling guilty when he does. “The professors prepare a lot for each class and I know there’s important things I’ll be missing.”

Whether you skip frequently or rarely, it’s easy to feel to guilty. There can be a lot of questions you ask yourself: What will my professor think? Will they care? Would they even notice?

But the ultimate question is this: Do professor’s actually care as much as we think they do?

English professor Daniel Rousseau says he cares but also understands. “I do notice when students skips, but realistically a kid is going to miss classes.”

Rousseau also believes skipping can have a negative effect on a students performance. “More than anything it puts them farther behind their classmates. I’m not able to relay information to them and they’re not able to turn in work.”

But at the end of the day, Rousseau says skipping doesn’t affect how he sees them as students. “No, not at all. I understand them more than anything.”

Professor Aisha Lockridge, also from the English Department, admits skipping isn’t a huge deal to her. “Yes I notice when kids skip, but I don’t think too much of it unless that student is struggling in the class.”

Lockridge also says it doesn’t affect how she views a student until skipping becomes frequent. “Skipping once or twice not really, but if it becomes a pattern then probably.”

Sociology professor Marybeth Ayella said, “I take attendance every day, and if a student is skipping a lot then I’ll usually reach out to them to make sure they’re doing okay.” She went on to say that she doesn’t let skipping influence what she thinks of a student because she doesn’t always know what’s going on in their life.

It can be very tempting to skip. How a professor views skipping can be the determining factor in whether to do it or not. It’s clear that most professors have a level of understanding when students choose to skip as long as missing class doesn’t become a frequent problem.