For many it started as a game, but it snowballed into an addiction. 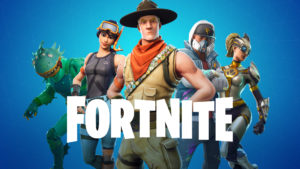 Fortnite, a free-to-play battle royale game, has gained in popularity amongst the masses. It gives players the thrill of playing and winning games while still offering new content. These aspects are what make Fortnite such an addicting game. It makes the player want to continue and win a game no matter how many times they have won.

And this obsession is becoming a serious problem for many. A new report from Divorce Online UK states “it has received 200 divorce petitions since January 1st 2018 where addiction to Fortnite and other online games has been cited as one of the reasons for divorce.”

To those who do not understand the concept of the game, there are two modes “Save the World” and the more popular one “Battle Royale.” In Battle Royale, there are 100 players that start in a bus that makes way across the entire map.

It is up to the players to descend and begin scavenging for guns and materials. As the game advances the storm gets smaller and smaller bringing players out of their hiding spots, propelling into action. The last one standing earns a Victory Royale.

Students discussed the different type of game modes that are being continually updated by Epic Games. With the inclusion of weekly updates, the game constantly feels fresh and keeps players wanting more.

Michael Gustafson, a sophomore, says the reason he keeps coming back is because “The different game mode gives a nice variety, whether it’s by yourself, or with friends.” Michael doesn’t think Fortnite is going anywhere anytime soon and thinks this is just the beginning. In a similar interview, Patrick Lynch has been playing for over a year and still finds an hour out of his day to play.

The free game has shown nothing but exponential growth in popularity amongst its 125 million players.