Motivation When You Need It…Because We Know You Do

Well, hear we are. Only a turkey leg and a few miserable weeks separate you from the end of your first semester of this school year. It seems like it was yesterday that you were driving up Hawk Hill on that hot August day with only an inch separating you from the tubs and suitcases of things you won’t need. How? Where did the time go? You haven’t even filled out the alcohol and drug survey assigned to me in the summer! Its crazy how much can happen in 16 short weeks, so instead of this bio paper due in approximately 7 hours, lets reminisce…. 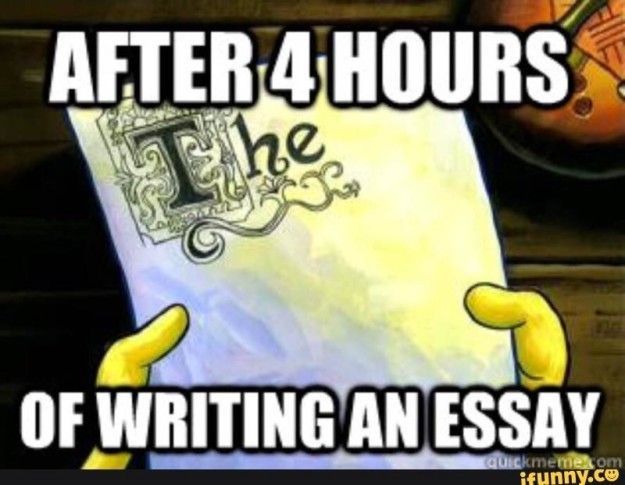 It all started with the week that doesn’t actually exist at SJU; Syllabus Week. The week you expected to go to class for 15 minutes, have no work at all, party every night – that total college experience. Well, only some of that was true. Sure, you partied on that Monday, then again on Tuesday, and surely Wednesday was fun… But the whole “15 minute classes” doesn’t exactly ring a bell. In fact, wasn’t it then that you spilled that juice they they claim came from the jungle on your paper? And surely we remember brainstorming the theme of that group project at the Crew House. What was harder, convincing yourself that you didn’t have a project due Friday morning so you could go out, or convincing your professor that the red splash on your paper added to the aesthetic? 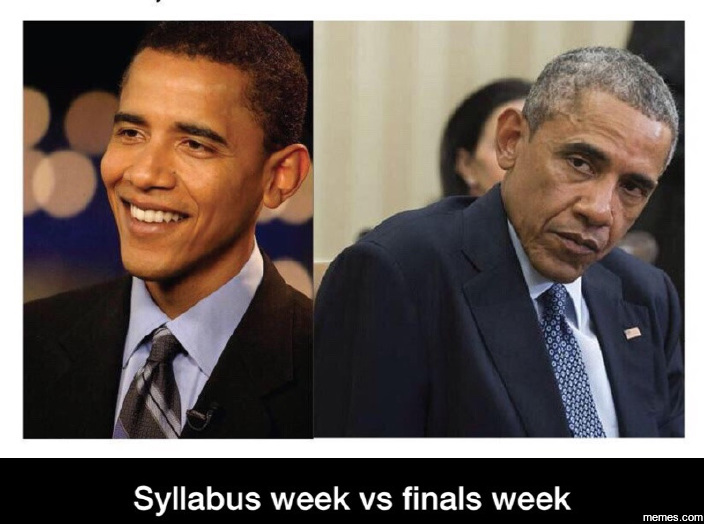 So then September came, and you were still feeling pretty motivated; go you!! This is the month of hope, of happiness, of believing! Its like the Woodstock of months – positive vibes are flowing! As you sat in the library with a smile on your face, you told yourself it was all going to be great. “This year, I’m going to actually read all my assigned readings!” “Campion is going to be great this year, I can’t wait!” And don’t forget those couple short-lived weeks you actually spent in the gym. September was the month that you were back in the full swing of things, and a fresh start was in the air. You actually believed that the work wasn’t going to get to you this year and you promised yourself you wouldn’t save your research paper until the last minute like last semester. Even your bank account was feeling the rush. Never before had you seen a number drop as your balance did that month. But you worked a few hours a week in the summer babysitting, so you can afford the endless city trips and amazon orders. September had you feeling so positive, you even donated to every tabling group outside campion. Yay for September!

Ball ‘Til The Day You FALL

As the leaves changed, so did your outlook. Your goal of doing all the readings somehow found its way to “I’ll just skim the ones before quizzes.” And remember the hope for Campion? Well, there was a stretch where you ate ramern 6 days in a row, so that was short lived. You were sure nothing could scare you as much as the Upside down world, but logging onto Blackboard to check your grades beat it by a landslice. Sure #FormalSzn was a blast, and the pumpkin spice was so nice, but when it comes down to it, they both came with a cost.

Well, here we are. Sitting at home recovering from the food coma that seems to worsen every year; how does that happen?! And how crazy is it to think that after such a crazy semester, you’re only two weeks and change from having your long awaited battle with finals week, and yet it seems like yesterday you were partying in the rain listening to J Cole at MIA. But I can’t blaim you for letting some of the grades slip a bit. You weren’t going to miss the haloschoolnight bonanza on haloween, or the babe and a bottles that alswasys seemed to emphasize the ladder. But enough about that, because I’m here to tell you that you CAN finish this semester off with a feat; go show finals who’s boss! Whether your semester was full of everything #college, or you struggled a bit, just feel proud that you made it another semester here on Hawk Hill. Now, go write your research paper, because I know you haven’t started it.

Note: All GIFs are from:  http://giphy.com