Have you ever wondered what technologies were being born the same time you were?

Many technological advancements happened at just the same time that most of SJU undergraduates were born. Even though people from 1996-2000 can technically say they were alive when the first camera phone was invented, but many of us don’t actually remember what the iPhone ancestor looked like. It makes one think, what other breakthroughs happened at this time? Let’s take a look at some of the biggest releases from this era and compare them to what we know now.

In 2000, Sony built the first camera phone, the J-Phone J-SH04. This phone had a camera with a maximum resolution of 0.11 megapixels. (Megapixels determine how much detail the camera can capture). The phone weighed 74 grams. For comparison, this is about half as heavy as a baseball. 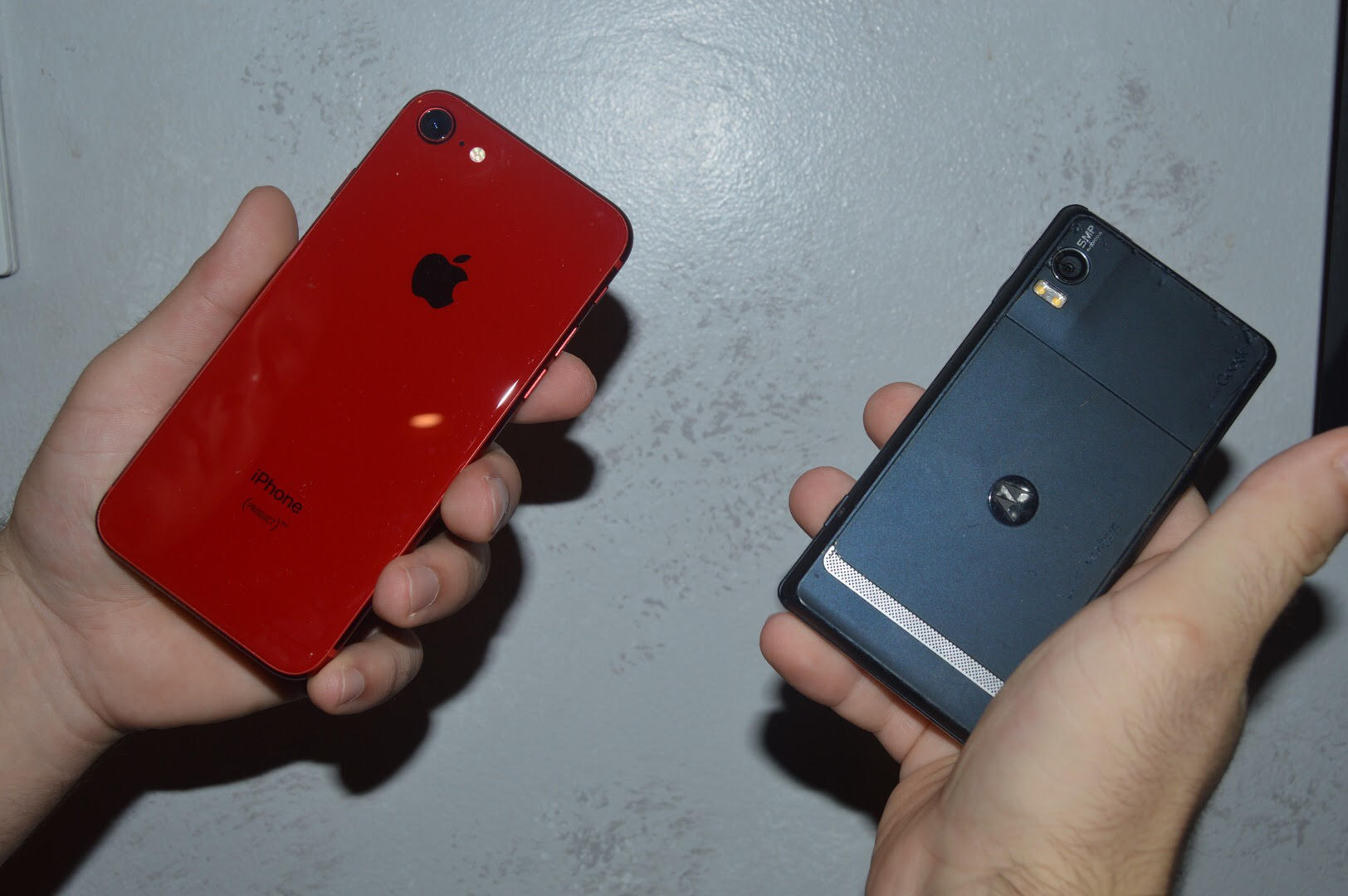 The latest phone that has everyone talking is Apple’s iPhone XS Max. This model has a comparable 12 megapixels to the J-Phone’s 0.11! The iPhone XS Max weighs 208 grams. It might be surprising that a newer model weighs more, but there are a lot more internal accessories these modern phones have that take up more space. Talk about a sign of the times.

The PlayStation 2 (PS2) was released October 26, 2000 in North America, its eighteenth birthday coming up soon. A main feature was the DVD compatibility. This was significant because it transformed it into more of an entertainment console rather than a game console. Since the console cost $299, it was cheaper than most DVD consoles.

A significant part of PlayStation 2 was the DVD compatibility feature. Nowadays, DVDs are becoming more and more obsolete as programs such as Netflix and Hulu are growing in popularity. Now, users can access music, TV, and more on a variety of consoles. It’s a package deal, which is way more convenient. The current console Sony sells is the PlayStation 4 (PS4). The PS4 offers a Virtual Reality experience which allows gamers to immerse themselves into vivid, life-like situations. Astonishingly, the PlayStation console still costs $299.

August 15, 1998 may seem like a random date, but it is the day Apple released the Bondi Blue iMac. This computer was revolutionary. It was the first Mac to include a USB port. Perhaps this contributed to it weighing 40 pounds! The 15” computer display sold for $1300.

The current iMac makes one wonder how much better can it get? iMac models range from $1099 to $4999. What is it about these computers that make them so capitalized? Well, it could be the larger yet sleeker design. It could also be the Retina display, which is a screen with so many pixels that the human eye can’t discern individual pixels. These new models also function quicker than ever before.

This next topic is not an invention, but a milestone. In 1996, the amount of Web users surpassed 36 million. This number may seem insignificant. Until, it is compared to today’s. Today, an unbelievable 4 billion people are on the internet.

Who would have thought that technological would advance the way it did? Maybe some people did, but no one could have guessed the extent to which technology has evolved. It makes one wonder what will happen when our kids are off to college.