The popular social media platform, Instagram, has made the decision to take away displaying the number of likes users receive on their posts. This action might be temporary, but it has already impacted a significant amount of users.

We spoke to a number of St. Joe’s students about Instagram’s unexpected decision and how they feel about the idea.

To get an overall feeling of how this change is affecting people, we asked around Merion Hall. Within the general public’s opinion of the removal of likes, there seems to be two major themes: either they see it as a positive thing, or they don’t care at all.

“I don’t even pay attention to likes so I won’t notice if they’re there or not.”

Similarly, Grace Sammon ‘23 says “I personally don’t care about likes, but other people do.” She also thinks that although it may help with some self-esteem issues, it won’t make much of a difference because people will find other things to be judgemental about.

“It’ll help people not care as much about what other people think.”

On the other hand, people seem to think of this change as a positive thing, which will encourage Instagram users to post whatever they desire.  Victoria Leuzzi ‘22 thinks that this change is a definite positive move towards a more inclusive world. Very similarly, Taylor Lorio ‘20 says, “younger people care too much about likes.” She thinks that this update will make people worry less about their online reputation, which many people think comes from the number of likes that receive.

“This new update is instagram’s way of saying that the number of likes a person gets is not important, and it’s not the purpose of the platform.”

What does this all mean?

Instagram originally was created for likes back in 2010 when posts only showed the number of likes a user received and there was a separate page just for the most popular posts. We used to become excited when our likes would change from displaying usernames into displaying just a number.

Instagram has already gone through changes similar to this present change. The popular page is now an explore page which focuses on the posts that you like as an individual. Another change is the action of taking away the ability to see what other users are doing on the app.

What does this mean for the future of Instagram? The majority believes that taking away likes will be beneficial to one’s mental health because it won’t cause the large amount of pressure on people that they already have.

Whether this decision will play any positive or negative role in the lives of those using Instagram is unsure, however, these significant changes that Instagram is making recently seems to be a step in the right direction. 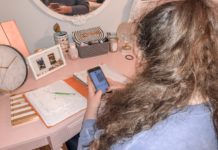