A young competitive athlete dies every three days in the United States. The most common cause of death in these young people is a culprit nobody would suspect; sudden cardiac arrest.  This is the main reason why the team chooses to wear these devices, Saint Joe’s and other schools want to prevent sudden cardiac arrest. The Polar heart monitor will signal if the players heart rate is too high or too low.

The players wear the Polar heart monitor device around their chest, and it tracks their heart rate. The coaching staff want the players to know that their safety is always a priority.

“It’s used for me and my staff to monitor the athletes internal and external load, while also lets us better manage the demands of practice and build a better off season program” -Brian Bingaman 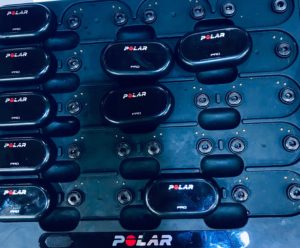 Saint Joseph’s University wants to avoid a case like Hank Gathers.  Gathers was a Division I athlete at Loyola Marymount University. During a game in 1990, he suddenly collapsed due to cardiac arrest. Not only is the device a preventative measure for the team, it also helps Bingaman the basketball team’s head strength and conditioning coach coordinate a work out. 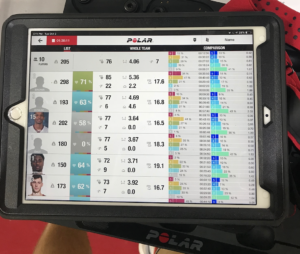 Ryan Daly, junior, and his teammates wear the monitor at practice everyday.  Although Daly finds the device annoying at times, he still believes that it’s helpful. The device alerts Daly when he is experiencing shortness of breath and is reaching a point where he needs to take a break.  He wishes that they had something like this when his dad played here. His dad, who is a Saint Joseph’s University alumni, also had a heart condition and played basketball at Saint Joe’s. Daly believes that it would’ve been noticed sooner if they had this technology.