The holidays are around the corner and people are decorating their Christmas trees. Many are starting their holiday shopping spree, and Christmas music is being played at malls and grocery stores, getting everyone into their holiday spirit!

We asked a group of people the best time to listen to holiday music. They were all anonymous and these were the results.

One person said, “I usually start listening to Christmas music the day after Thanksgiving. I think it’s the only acceptable time.” One SJU student said, “Christmas music is my favorite, and I say that I could never get sick of it, but once December 26 approaches, I think it’s appropriate to stop playing and listening to it.” Another person said, “You can listen to those songs after Christmas, but stop playing it on New Years. As soon as it hits January.”

The majority of the people we interviewed said they listened to holiday music around Thanksgiving or after Thanksgiving. But it is all usually during the last part of November.

I think we can all agree that no one really gets sick of holiday music during this time. Mariah Carey gets played over and over, and everyone still has that excitement and Christmas spirit when listening to her songs.

“One of my favorite Christmas songs is All I want for Christmas is You by Mariah Carey and I also love anything sung by Michael Buble,” one person said. “I also like Michel Bublé,” another person stated.

The top Christmas songs many people listen to are All I want for Christmas is You By Mariah Carey as well as anything made by Michael Buble. Even so, others’ favorite songs are not just Mariah Carey or Michael Buble, rather more by Vince Gauraldi, who wrote the songs of the popular TV show, A Charlie Brown Christmas.

“My favorite Christmas song is Christmas time is here by Vince Gauraldi,” they said.

Just when we thought that everyone listens to Christmas music this time of the year, others listen to music that is more based on their mood.

“It depends, more so on my mood, or like how the day is going. Yes, I will definitely be listening to holiday music, but even on this time, I like to listen to Afro-Asian beats, and I listen to a lot of Indian music,” a 19-year-old SJU student remarks.

Overall, the majority of people like to listen to music after Thanksgiving. The holiday spirit does last throughout the end of the year as well, though.

There are many ways to make this time of year special, but holiday music is always the cherry on top to this special time of the year. 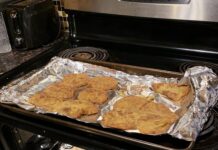 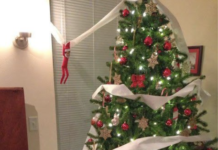 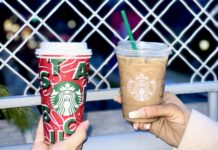