With smartphones and technology in general becoming increasingly easy to use, it is so simple to order anything to be delivered now. On a college campus, one of the main things delivered on a daily basis is food. There are several different outlets to make that happen, all of which are very similar.

The first and probably most popular nationwide, simply because of the brand name, is UberEats. A subsidiary of the original Uber ride-sharing app, UberEats is able to bring people food from a litany of restaurants, most of which do not deliver on their own. This is not unlike the other apps in the same category, but the company name itself brings the majority of the

GrubHub and DoorDash are likely the second most popular, strictly based on numbers of customers, as well as employed drivers. Through rumblings on campus though, GrubHub is the most popular order service for students. GrubHub seems to be favorable primarily because of the shorter time food takes to arrive at the front door. GrubHub, UberEats, and DoorDash all deliver for roughly the same amount of restaurants, but UberEats can be counted on to take quite some time (60+ minutes). GrubHub and DoorDash on the other hand, typically take between 40 and 50 minutes. Because college students are often impatient creatures by nature, the decision of where to eat often rests upon the question of time.

And finally GoPuff, an entirely different animal. There are apps that deliver your dinner or lunch to you, but one that can take a random craving at 2am from a convenience store like 7-Eleven or Wawa, and bring it to your door within 30 minutes. If it sounds like the ideal college snacking app, that’s because it was developed by two Drexel University students in 2013. Initially, I thought it as too good to be true, however, upon my first order I realized it was very much legit and reputable.

In conclusion, don’t just order UberEats because you already have the app. Know that there are options out there based on the qualifications of your order. Whether you just need a snack, or you need a whole meal right away because you forgot to study for that test which is now less than 8 hours away, don’t worry, there’s an app for that. 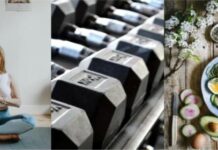