Michael Jordan wore his University of North Carolina uniform shorts underneath his Chicago Bulls uniform every game. He believed that it would give him a better chance of winning.

Obviously, there is no scientific proof that doing these kinds of things will result in a snow day, or wearing your college uniform underneath your professional uniform will increase your chances of winning a game, but that doesn’t stop people from doing these things.

Freshman, Jared Bynum, on the Basketball team says that he tries to avoid extreme superstitions. But, he does admit to putting on his right sock before his left and then will put on his right shoe before his left. At the end of his warm up before a game he likes to do either a three pointer or a layup to get his energy up for a great game. 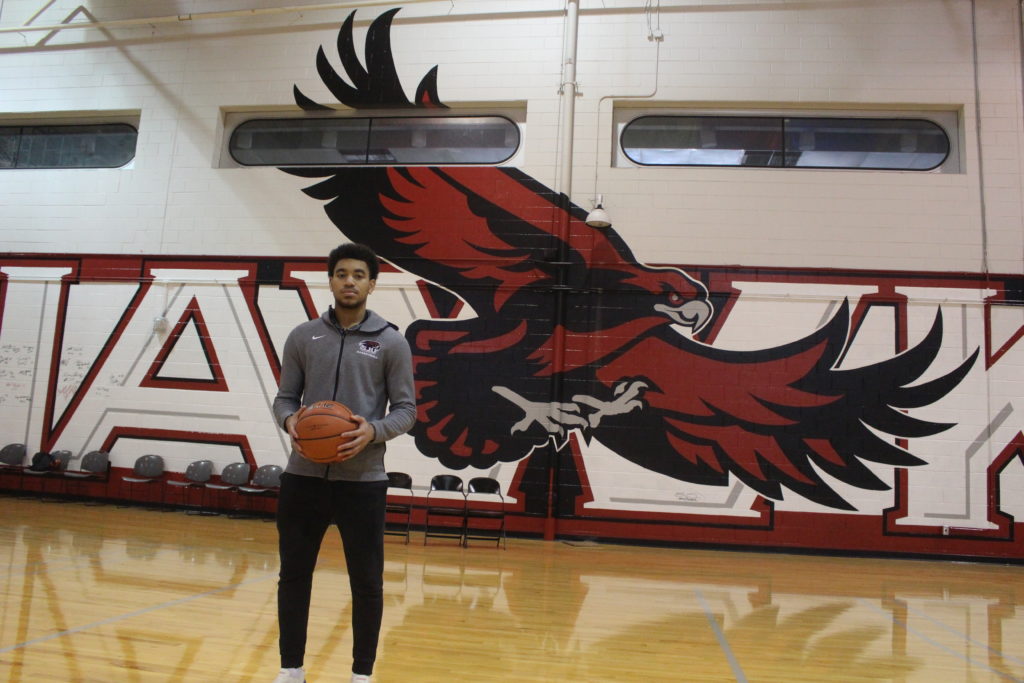 Junior, Mike Adler, is the goalie for the men’s lacrosse team. The night before every single game, Mike eats the same meal: a salad and chicken from a local restaurant. On the actual day of the game, Mike has a coffee right before going out onto the field to play. Before the game starts he listens to the same exact song to get himself energized.

Although there is no rhyme or reason for it, he always wears long sleeves on game day. Once he is on the field and in the goal, Mike touches both sides of the goal post with his stick and then he is ready to go. 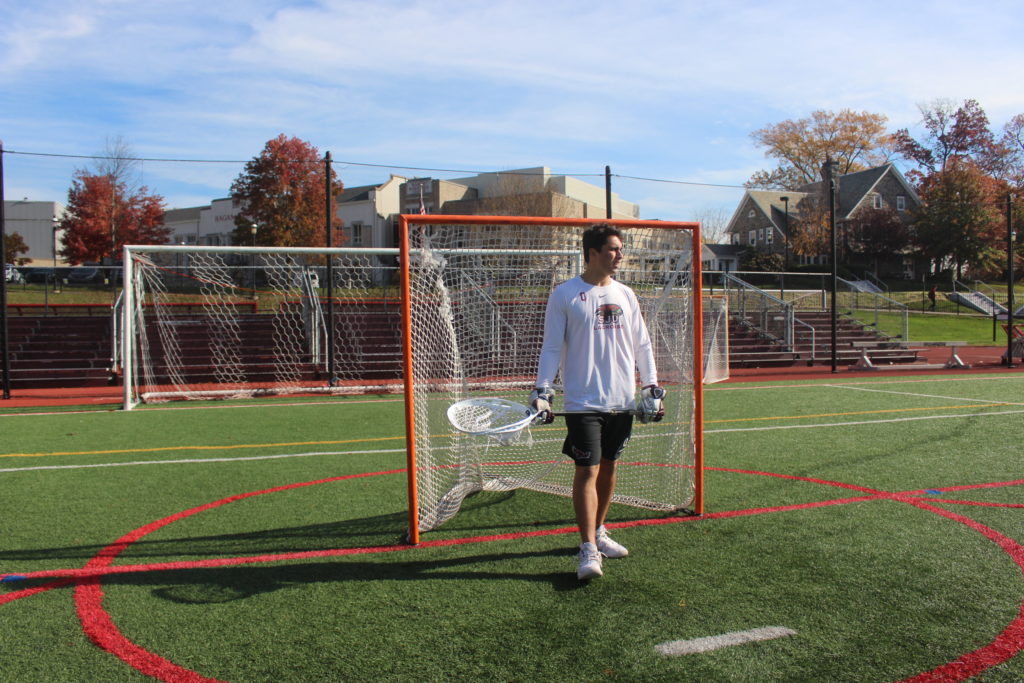 Senior, Mike Muggeo, plays on the men’s basketball team. Mike has been playing basketball since he was in middle school and has done the same pre game rituals since. On game days he likes to eat healthy. That means no processed or sugary foods on game day. Right before Mike leaves the locker room he always says a prayer as well, asking Go 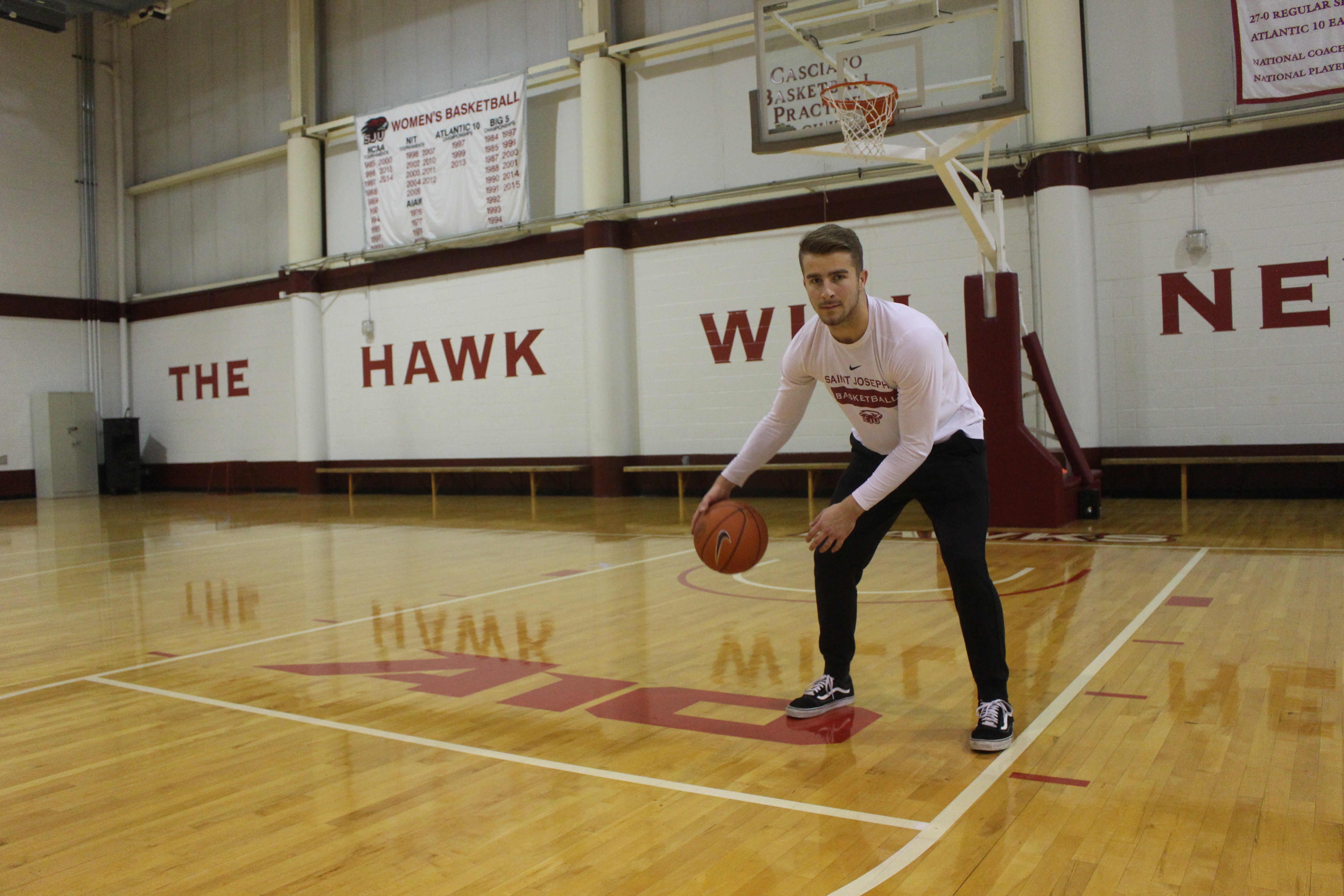 d for confidence and strength for the game.

Freshman, Erica Behr, is on the women’s soccer team and she has a wide array of pre game rituals. Before every game, Erica eats a chicken caesar salad followed by an apple with peanut butter. After she eats, she will go to the locker room and listen to “Eye of the Tiger”. Once it’s time to get geared up, Erica puts on her right sock before her left, and her right cleat before her left. Once she is out on the field, she takes some shots at goal, but not from just anywhere. She takes shots from the 6, the red line, and the 18. Finally, before the game Erica and her best friend do a pre game handshake for good luck. 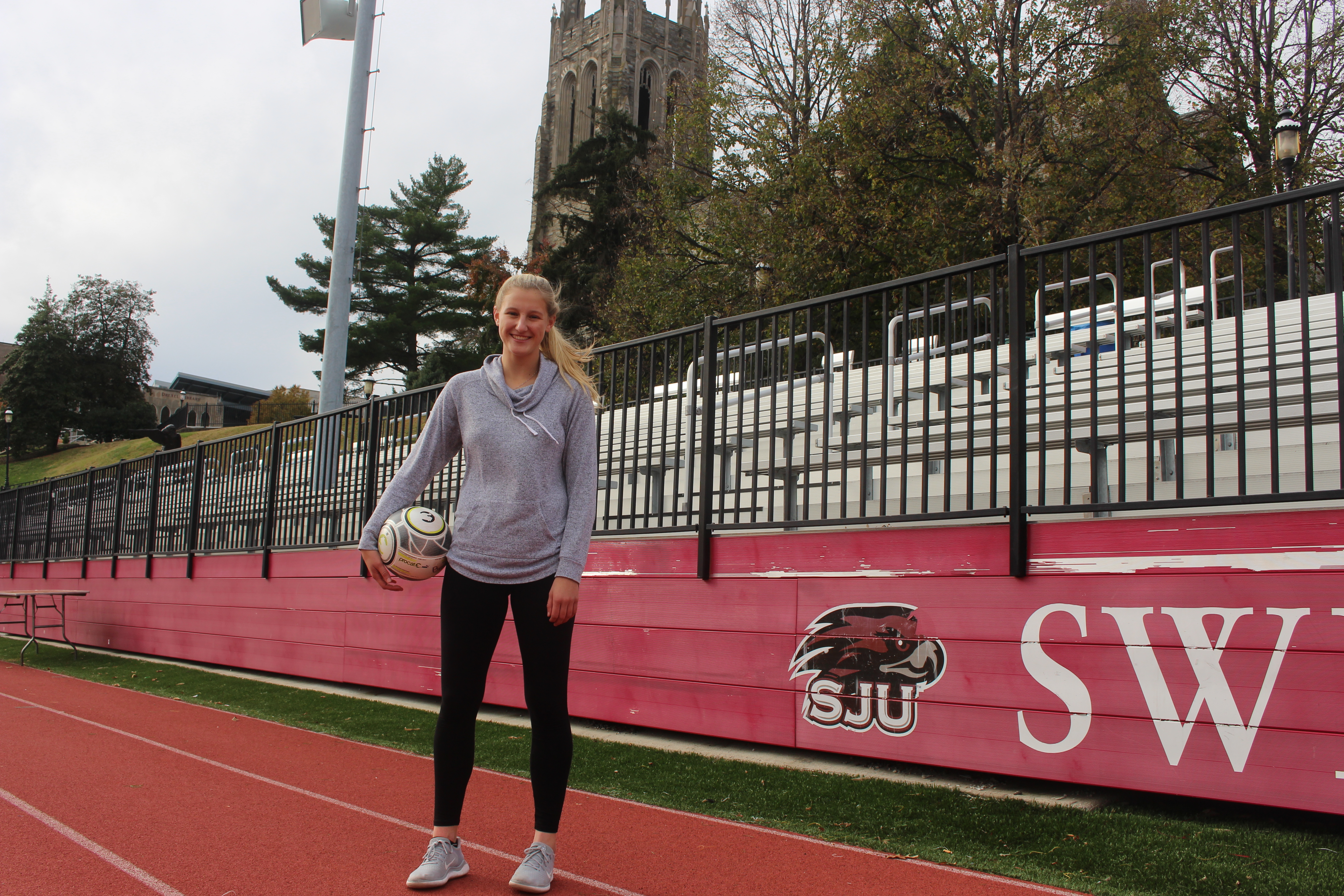