In Philly, there are plenty of photo opportunities.

The city is filled with beautiful sites to see, which as I’m sure you already know, will also step up your instagram game.

Check out and read about some of Philadelphia’s most Instagrammable locations from our Insta visitphilly2.0. We have featured some of your favorite tourist destinations to the best food and drink hot spots. 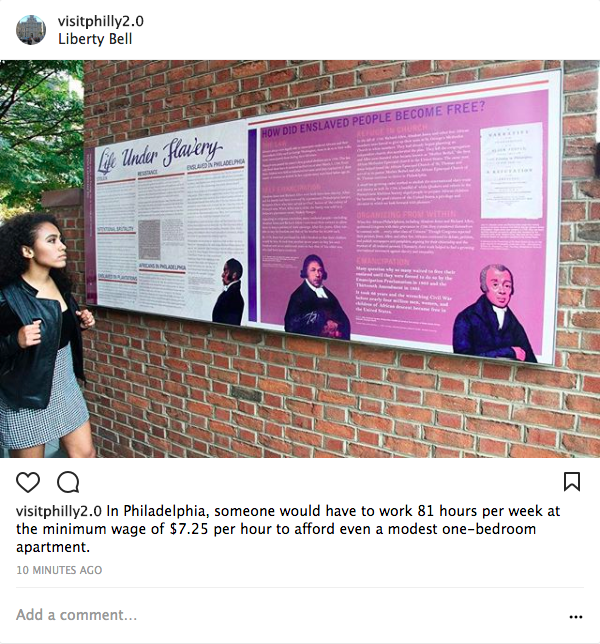 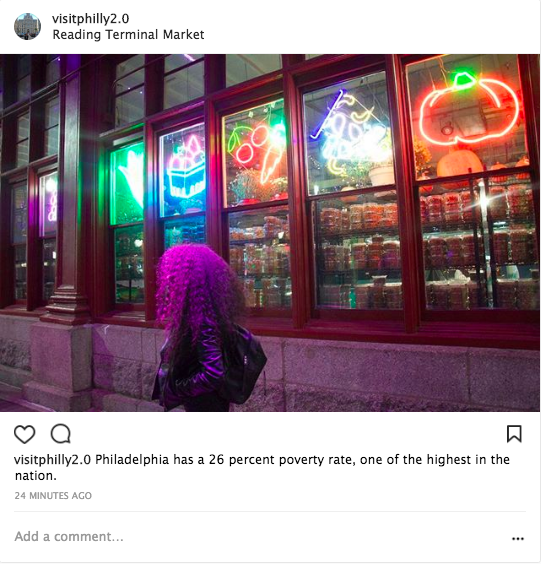 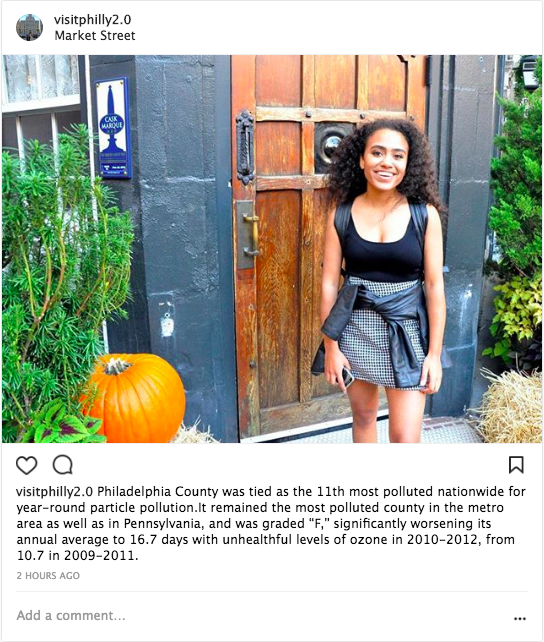 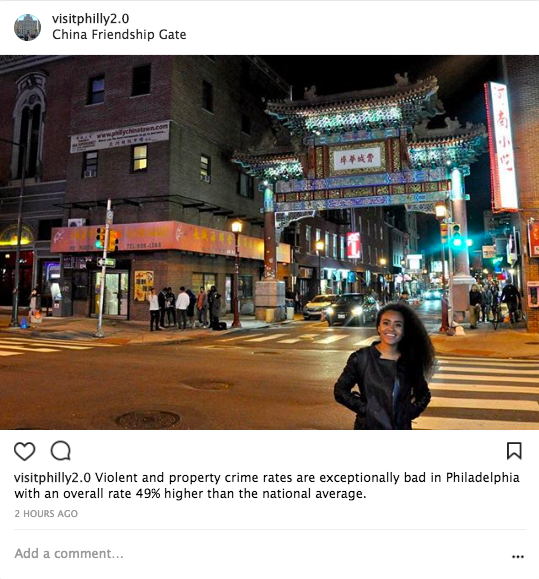 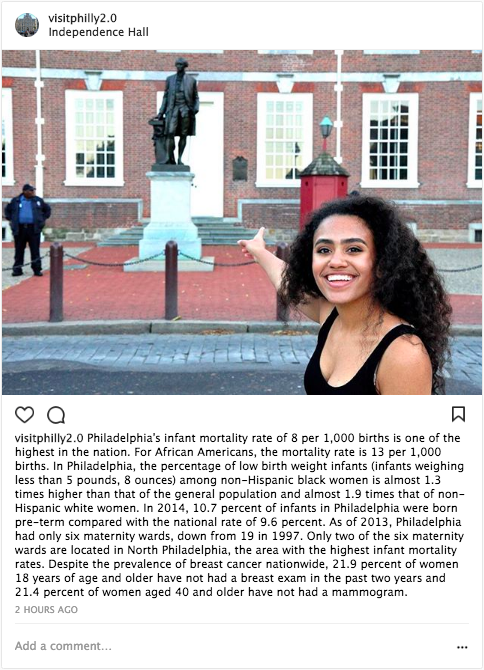 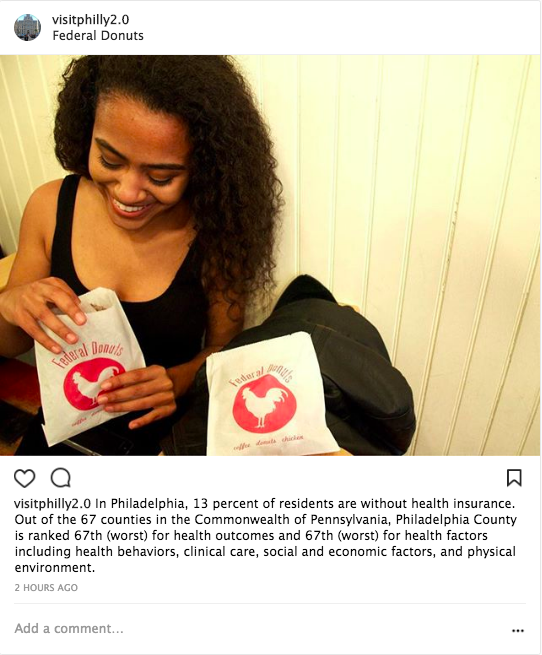 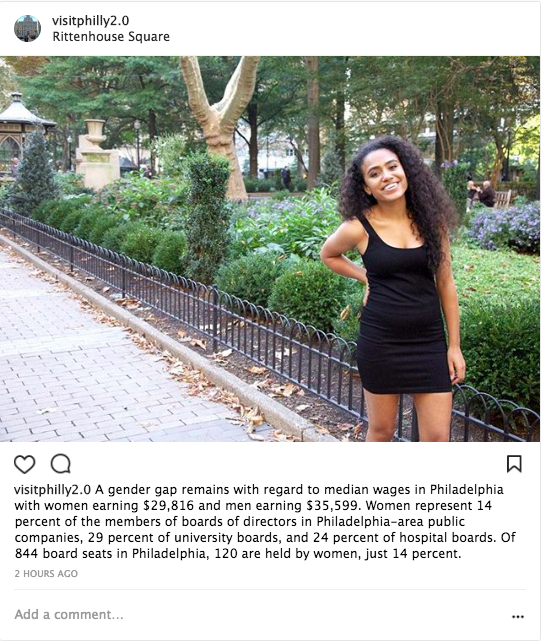 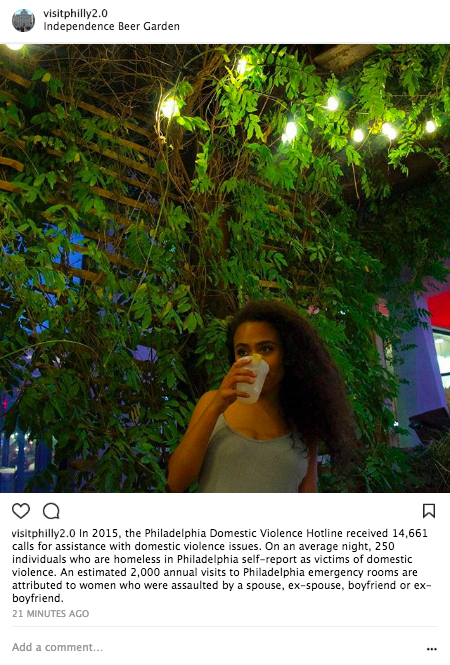 You have probably noticed that these Insta captions aren’t typical. That’s the point. We look at all these photos and thinks wow, this city is gorgeous, but its only that way on the surface. If we look underneath, or more so at the captions, we see that Philadelphia is not all it cracks up to be, our city is hurting. The personal finance website WalletHub released a report titled 2015’s Best & Worst Large Cities to Live in, and of the 62 U.S. cities with a population of more than 300,000, Philadelphia ranks 60. The only cities that fared more poorly were Memphis (61) and Detroit (dead last). Our job as college students is not to just take these awesome photos at places like independence hall but to look at our surroundings and truly think about ways Philadelphia can improve. Instead of worrying about your likes on your Insta, you should be worrying about Philly. We are the people of the future, and we need to start acting like it by being advocates for social change. Think of this next time you take that perfect instagrammable photo.

Palan, Erica. “The Most Sobering Stats from the City’s Report on the State of Women and Girls in Philly | Perspective.” Philly.com, 21 Sept. 2017, www.philly.com/philly/opinion/commentary/the-state-of-women-and-girls-in-philadelphia-commission-for-women-20170921.html