Life before Uber is a scary thought. We depend on this service to take us from point A to point B, and its hard to image college without it. However, not all rides deserve the 5-star rating. Check out some crazy Uber stories from your fellow students.

“My roommate was in an Uber alone and then the guy started talking about if the two of them were stranded on an island together what would go down. Then he said that on the 40th day he would eat her so that when he got rescued he could tell her family her last words and tell everyone what she looked liked.” – Gianna Gesualdo ’20 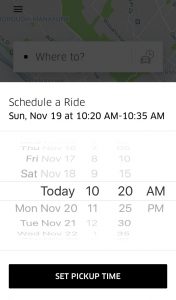 “This Uber driver told me his life story. He got a girl pregnant when he was 14 and he lived in Africa at the time. He didn’t want her to be shunned or left to take care of the baby on her own, so they came to America just the two of them and they’re still together. His daughter is currently on a full ride at Penn State going to be a surgeon. He works 5 jobs so his daughter can have a better life than he did… tbh teared up when he told me.” – Shanna DiCarlo ’19 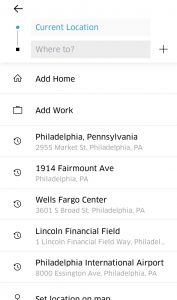 “One time I took an uber to the airport for a flight at like 6 a.m. I fell asleep on the ride there and woke up to the driver driving in circles in the airport parking lot to make the fare more expensive. It was the most expensive nap I ever took…” – Sirma Bubernack ’18 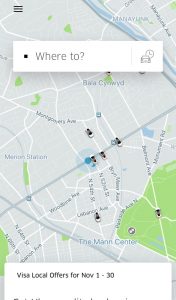 “I went into an Uber and i‎t looked like a legit murder happened in the car. There was blood all on the roof and the seat belt was cut off….. I thought that was the end of the line for me.” – Whitney Jones ’20

“My friend and I got in and we found used syringes on the ground that looked like they were used for drug purposes. Then, the driver was really sketchy and refused to use GPS. He did not know where he was going and we ended up in New Jersey.” – Tori Alpha ’19

SJU students aren’t the only people with wacky Uber stories. But, next time you get in your Uber, survey the scene and make sure it looks safe!