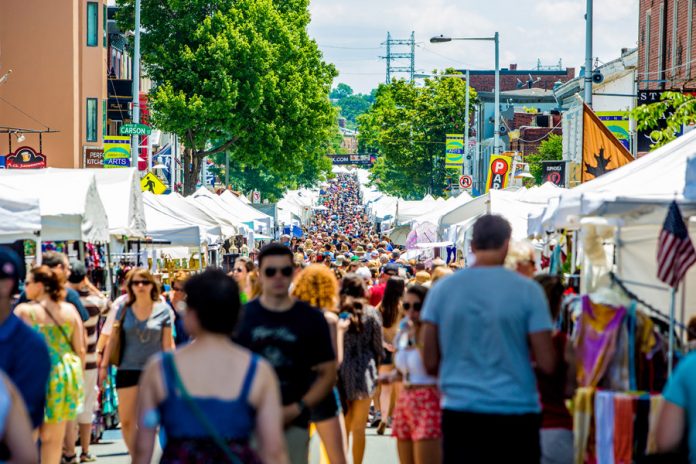 Philadelphia is well known for its famous cheesesteaks. Restaurants and food trucks dominate the city. Geno Steak’s , Larry’s Steaks, Pat’s Steaks and Jim’s Steaks are a few of the places that Saint Joseph’s students love to go. On April 9th, Manayunk is having a street food festival and there will be over 50 Philadelphia food trucks. There will be live musical entertainment throughout the day. The Festival kickoff is 11:00 a.m. and will continue though 5:00 p.m. Manayunk has an abundance of clubs and restaurants to go to enjoy the evening nightlife. Manayunk is located near Saint Joseph’s University and is about a ten-minute drive on I-76.

The Festival will consist of Food Trucks with gourmet food such as “Philly Fry”, which consists of famous food items from Balboa Bubba Fries with ground beef, bacon, melted American cheese, and pickles or their Down the Shore Surf N’ Turf Fries with crab meat and steak. Another food truck will be “Foolish” Waffles”, which will have many of their famous food items such as fried chicken and “Best of Philly” Pork Belly Bahn Mi Waffle. “Foolish Waffles” was featured on Food Network’s, Best Food Trucks.

Even though the Manayunk Festival is a one day event, Manayunk is celebrating restaurant week for next two weeks from Monday April 10th through April 21st. The highlight of the week is that restaurants will have three course meals starting at the price range of only $15 at “Smokin’John’s and Manayunk Brewing Company. Also,many other restaurants are also participating in that great deal. Everyone come out to the Festival starting April 9th and also enjoy restaurant week which is celebrated until April 21st.