Whether you’re bored at SJU or want to explore the city of Philadelphia, why not check out the different schools in the city. Here are some fun activities you can do when visiting the Philly five.

Temple is known for being the wild child of Philly. Located in North Philadelphia, this campus is a party goers dream and has been the highlight of some students careers. The party scene at Temple is typical of large schools where all are welcome. The houses have parties every weekend but the best way to go is to know someone at Temple. When over at Temple, also check out their football team. Most games are played at Lincoln Financial Field and on November 7, they face South Florida.

UPenn, as most know, is a prestigious ivy league school located in the heart of Philadelphia. Ivy league football is the oldest football program in the country so if you love sports, this is something you have to check out. Unfortunately, UPenn is ranked seventh in the Ivy League but this weekend, they look to take down Brown at Franklin Field. This game is also the homecoming for UPenn so maybe you can meet some notable alumni like Elon Musk, John Legend, Donald Trump and many more. During basketball season, don’t forget to check out UPenn’s famous arena, the Palestra. Humbly named the Cathedral of College Basketball, the Palestra is arguable one of the most famous sports arenas in the entire country, rivaling only old Yankee Stadium and the Staples Center.

The big bad enemy of the Philly five. Villanova University likes to say they are in Philadelphia when they are actually located in Villanova, PA. Villanova has a dominant basketball program and in the past four years, have won two national tournaments. Their new basketball facility, the Finneran Pavilion, is known to many across the country as just the pavilion. Being able to hold 6500 fans, the pavilion is a state of the art arena constructed quickly after Villanova’s championship in 2016. The Pavilion was the place to be during their 2018 championship run.

Another respectable school out of Philadelphia, La Salle has their alumni weekend coming up on November 9. They seem to be the forgotten school in the Philly Five but they are part of one of the fiercest rivalries in the country.

SJU (the best school out of the Philly Five) has so much to do. This weekend, Hawk Hill Productions is hosting a casino night at the Perch. Students can win prizes but don’t have to worry about breaking the bank. Students are also excited for the upcoming basketball season. With a new coach in Billy Lange and a feisty young team, they could give the NCAA tournament appearance many students have been waiting for.

It’s pretty clear that Philly has some of the most exciting, and culture filled campuses, giving us a balance between city life, athletics, Greek life, social life, and campus life. Whether you’re an SJU Hawk, Temple Owl, La Salle Explorer, UPenn Quaker, or a Villanova Wildcat, every campus that is part of the Philly Five will offer you something special. Which one will you decide? 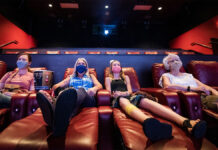 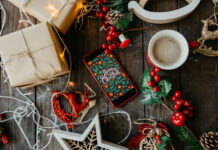