The SJU Theatre Company is excited to make its grand return to the Bluett Theatre after shutting its doors last year due to the pandemic. The show chosen to mark that return is “Pippin”, a fictional 1972 classic about the titular character’s life in the Middle Ages. Here are five surprising reasons why you should see this iconic and unique show while you still can.

Alongside sophomore Heavenly Perez, a musical theatre major who plays Catherine, joining the cast is third grader Finn McCahey. Finn is the son of SJU English Department Faculty and Director of the Writing Center, Dr. Spinner. Heavenly is amazed that someone so young can already be comfortable on a college stage. She says, “He’s always the first to be onstage and is always perfectly on cue.”

Making his stage debut is rescue dog Cole. Heavenly, alongside Giacomo Badalamenti who plays “Pippin,” loves being able to work with him and gives many treats onstage. No one knew how he would react after the dress rehearsals to performing in front of a real audience, but he performed flawlessly.

A common theme with “Pippin” is the show within the show, specifically how the show is well aware of itself. Actors have their costumes ripped off and characters yell for lights to be turned off. There’s even a point where Pippin yells for the band to cut the music. Seeing actors stripped of their costumes and left to undershirts is not an everyday occurance in the theatre.

People’s usual reactions to the show

When exiting the show, audience members usually leave with many different impressions, as if they’d seen two different shows. Some view the famous finale literally, or as a metaphor for mental health. It’s a beautiful thing for a show to resonate with so many students in this many ways.

The show contains shocking pyrotechnics, where a crazed group of the actors try to encourage Pippin to see the show’s grand finale: Committing suicide by jumping into a pit of fire. The smoke and light machines fill the stage, mimicking fire as the actors scream. It’s an impressive scene, and one entirely unique to “Pippin.”

“Pippin” is a show full of unique surprises and performances. It’s a memorable return to form for the cast and crew involved. 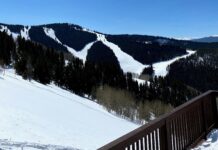 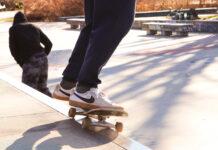 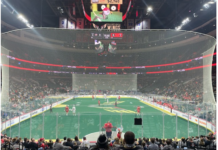