Ava Bufalino is a 19 year old Freshman from Scranton, Pennsylvania. Villager Hall on Hawk Hill is where she currently calls home, and she is a Communications Major. She has two older siblings who are attending Villanova University. Ava had dreams of attending Villanova along with her siblings, but ended up opting for Saint Joe’s instead. This proved to be the right fit for her now that she is almost done with her first year on Hawk Hill!

In high school, Ava was involved in her school through basketball. She grew up playing basketball, as her father was avid in coaching her up throughout her younger years. During this time she discovered that she wanted to go to Villanova along with her siblings. Despite her hard work and best efforts in a year that saw a record number of rejections, she unfortunately did not make it into Villanova. However, instead of letting this discourage her she focused her attention on Hawk Hill. She was excited for the opportunity to get onto campus and start her college career at Saint Joe’s.

When Ava first arrived at Saint Joe’s, she thought that she wanted to pursue a career in business. However, she quickly realized that this was not the path for her. She shifted her attention to Communications and took up Marketing as a minor instead. She decided to go into communications because of her love of the media and specifically social media. Her cousin, who works with a communications company in New York City was a major influence in this decision. Ava hopes to be able to get a job somewhere with a company where she can focus on social media. So far during her time on Hawk Hill, Ava has been able to immerse herself in the campus community and get comfortable with her new home. 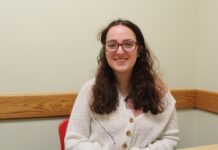 5 Pocket-Sized Healthy Snacks For A Hawk On The Fly

Beyond the Business Suit: How to Look Stylish and Professional on...