At this point in the year many of us may find ourselves feeling depleted. With midterms around the corner, separation from loved ones, and never-ending cold weather, there is often a lot on our minds.  There is so much going on in our lives it’s easy to become overwhelmed.

This stress can sometimes lead to more serious issues including anxiety and depression.  It is estimated that one in five college students suffer from one of these ailments.  Taking serious steps such as therapy and medication can be intimidating, leaving some students with nowhere to turn.  One very possible remedy for these issues can actually be exercise.

Studies have shown that there are multiple mental health benefits potentially gained through exercise.  These benefits include relief from mild and moderate depression, anxiety, and stress. Exercise is able to combat these issues effectively for a variety of reasons.  Primarily, exercise causes changes in the brain such as neural growth, and new activity patterns. During exercise, blood is pumping faster to every part of the body, including the brain. The brain receives more oxygen, allowing it to fuel neural growth.  Neural growth, particularly in the hippocampus of the brain, creates new hippocampal neurons.  The creation and continuous replication of these neurons is necessary for the proper function of the brain’s center for emotion, memory, and learning.

Many types of antidepressants and other similar medications attempt to chemically produce the same effect, also increasing neural growth in the hippocampus.  Antidepressants do usually come with side effects that exercise would not induce.  Experts say that a 45-60-minute session three or more times a week can greatly improve mental health.  Exercises in the aerobic and resistance training categories are especially helpful. Aerobic exercise is also often referred to as cardio.  Cardio exercises include jogging, running, swimming, biking, etc.  Resistance training focuses more on building muscles.  Resistance refers to the action of acting against weight, either your own body, a weighted machine, or free weights.

Both of these types of exercises increase heart rate and improve blood flow, prompting the neural growth in the hippocampus.  Exercise also prompts the brain to release endorphins.  Endorphins are primarily produced in situations of high stress, usually involving fear and pain.  Exercise triggers the release of these neurotransmitters which inhibit pain receptors and control emotion.   This usually leaves the exerciser feeling clear headed and calm during and especially after the workout.

It’s estimated that after around 10 to 12 weeks of training, the brain can be massively enhanced.  The brain is being continually improved over the course of those weeks and noticeable change would be detectable by the exerciser in a relatively short amount of time.  In addition to the alleviation of more serious mental health issues, exercise can also improve memory, sleep, and overall mood for anyone looking to make a change. 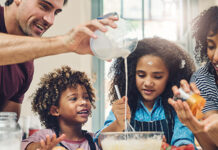 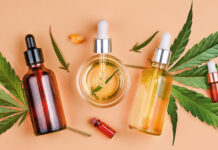 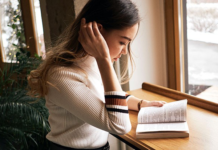 Mentally Preparing For Another Lockdown