If you Google “giving up coffee for a week,” you are going to get roughly 46,900,000 results. There are countless articles from different people telling you about their experience and the positive benefits it had on their health. As someone who has given all the credit of their college career to coffee, I was calling their bluff as I read these articles.

Since being a freshman in college, having at least one cup of coffee per day was the one thing that I accomplished every single day, no matter what. It is my literal cup of happiness, joy and motivation in the morning that gets me ready for whatever I have to deal with for the day. Sometimes, I think it’s more important that I have my coffee than it is to breathe, and I am convinced that coffee is the blood that runs through my veins. For this reason, when my lovely friends prompted me to give it up for a couple of days, I nearly had a heart attack, but I was convinced that I could do it.

So, I decided to see if it was even possible to give up my beloved coffee for 3 days and what kind of symptoms I would experience right in the middle of midterms. I am absolutely crazy, right? But as a big strong college senior who is about to graduate and move onto the scary thing called the “real world,” I naively thought it wouldn’t be that bad. It was only for 3 days, how hard could it be?

I was very wrong and it in was, in fact, very hard. The first day was brutal, but I somehow managed. Getting out of bed was the biggest challenge I had to face, because I knew a beautiful, hot, sweet french vanilla coffee was not right around the corner for me. It wasn’t just the morning that was rough, it was the afternoon, the night and the whole day in general. By noon, i was craving the delicious taste of coffee that I knew I couldn’t have.

Usually around 3 p.m., I hit a wall and am in major need of a cup to perk me up. It didn’t help that I had night class on Wednesday night after work. A 3 hour policy class is the last thing I wanted to do, let alone without coffee to keep me focused and awake.

Before my class, my friends wanted me to meet them at Starbucks. You can imagine how thrilled I was at this idea. Watching my friends drink their coffee while I couldn’t have one could not have been more painful. I was basically setting myself up for failure, but my will power prevailed. 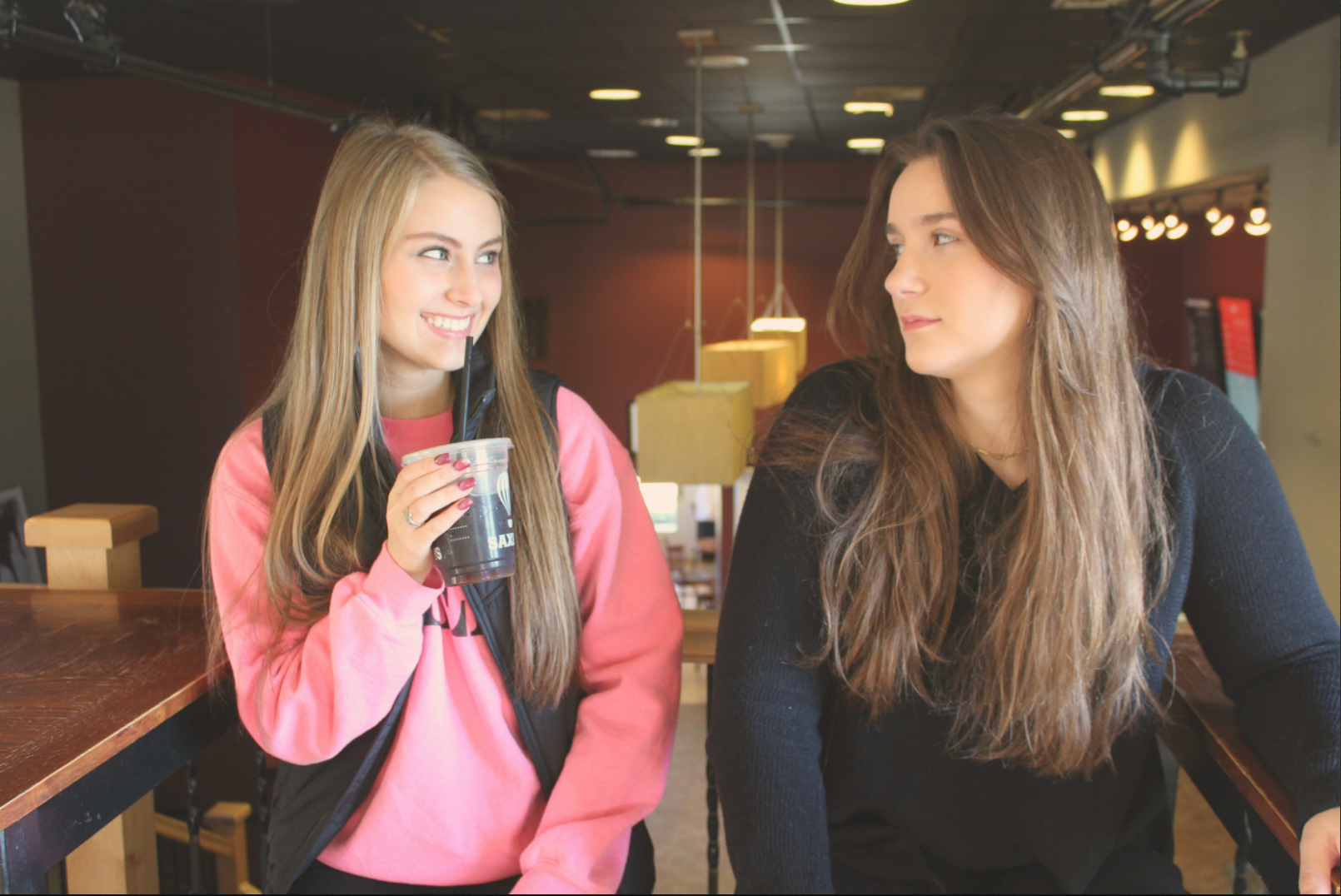 My overall thoughts on the first day of giving up coffee: it sucked and I didn’t want to continue. I had not experienced any physical symptoms yet, but I was not feeling optimistic.

The second day was EXCRUCIATING, especially since I didn’t get much sleep the night before, and I had to get up early to study for an exam that day. Studying for a sociology test was hard enough, but not being able to have coffee while doing so made it the equivalent to swallowing a handful of nails. 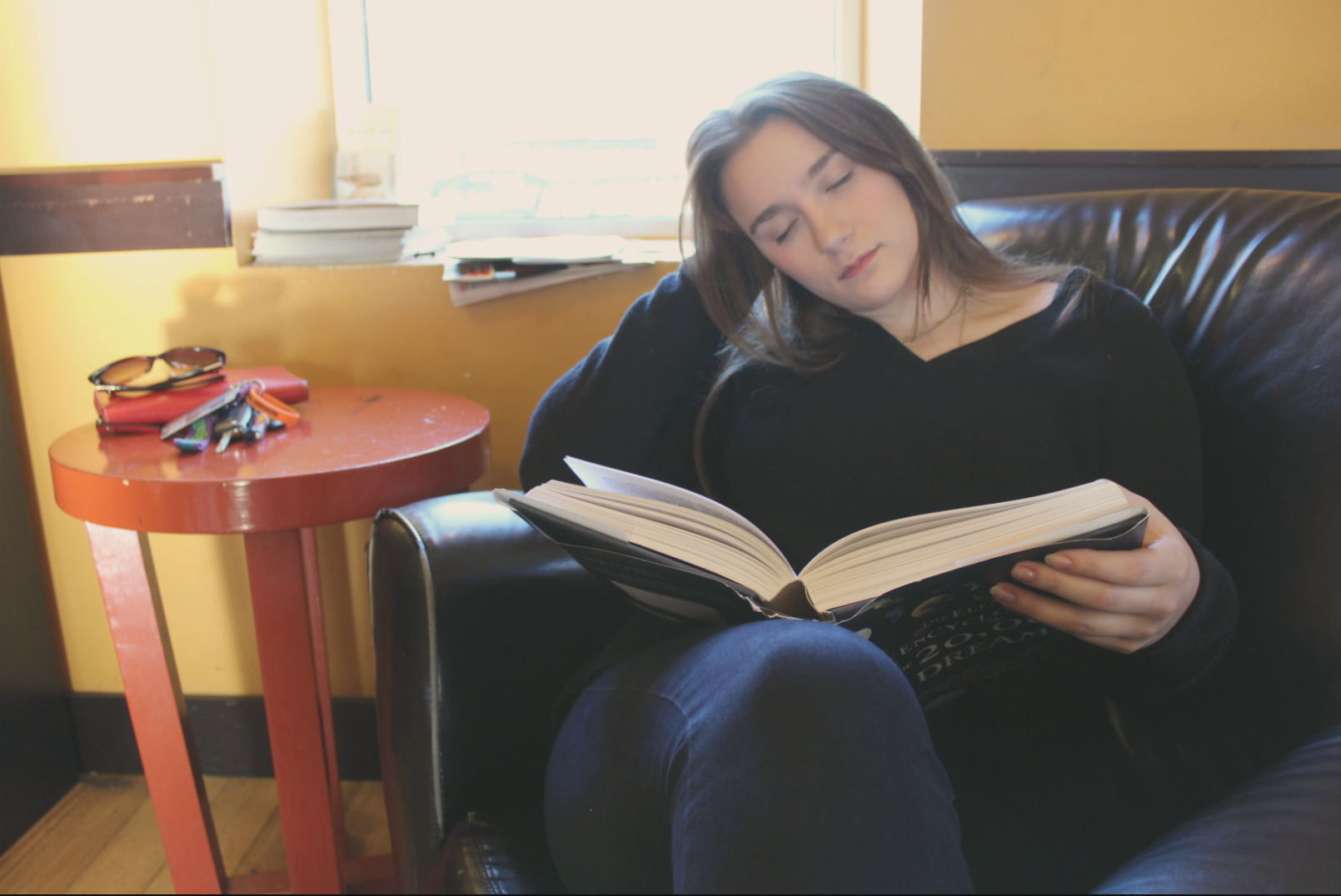 At one point, I even started day dreaming about how amazing an iced coffee would taste. I missed the smell, even though every building I walked in smelled of coffee from the very lucky St. Joe’s students who weren’t putting themselves through torture. 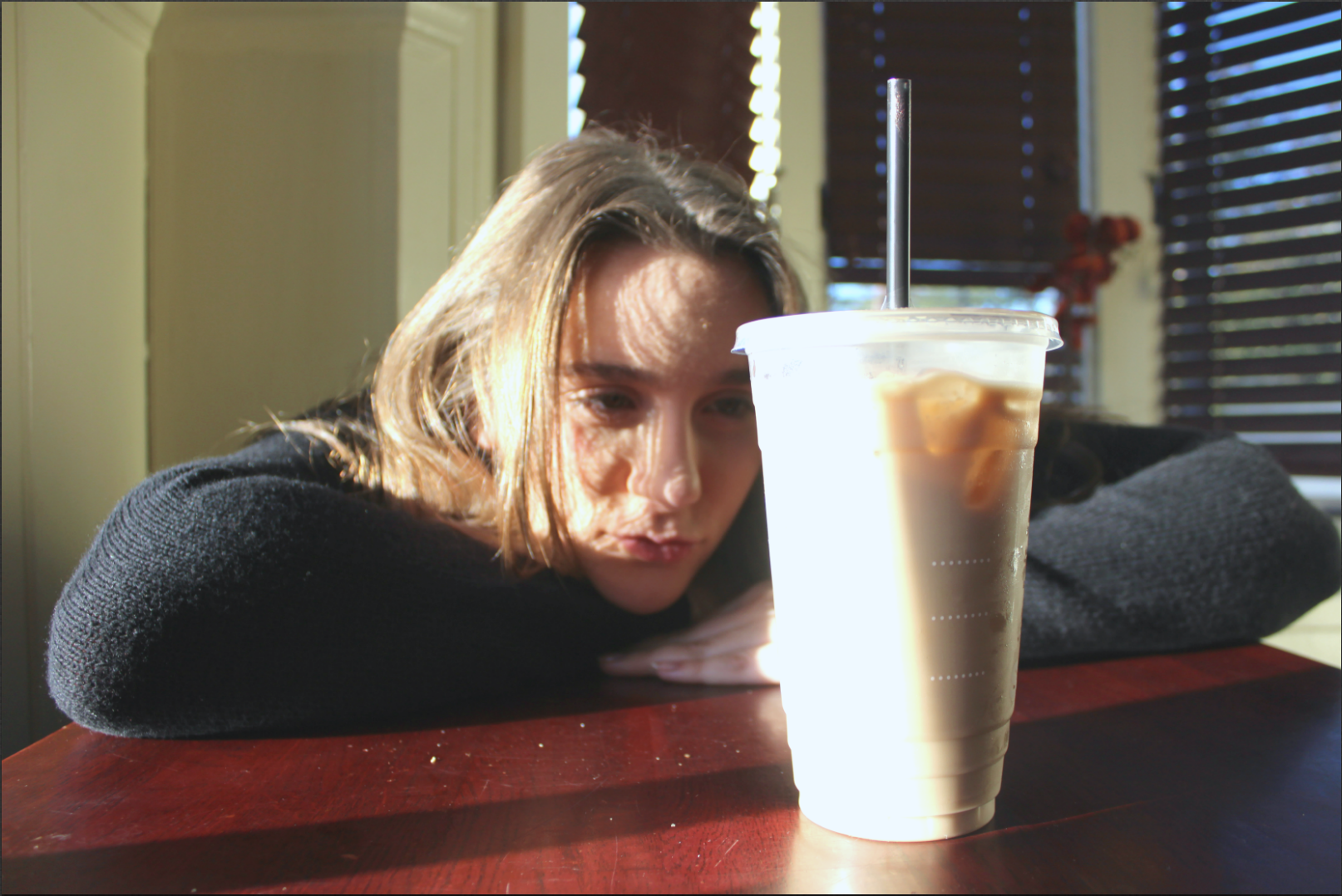 To make the second day even better, I ran into this guy on the street and decided it was extremely fitting to get a picture with him. I was so coffee deprived that i was thinking about trying to drink him, which is obviously not possible. I was going insane and my dependency on coffee was all too prevalent. 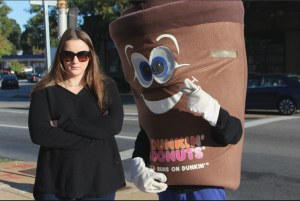 I got my first withdrawal headache around 5 p.m. on day 2. I have built up a very good tolerance when it comes to headaches, but knowing I could get rid of this one if I had just made myself a warm cup of Joe seemed like a win-win for me, except for the fact that i couldn’t have one. It is common knowledge that when cutting caffeine out cold turkey, you are likely to experience withdrawal symptoms, headaches being the most common. It is only after about a week that they will subside and your body gets back to normal. So I was completely expecting headaches, just waiting until my body noticed that i was not giving it the joy and happiness that is coffee.

My thoughts on day two: it still sucked but my dependency on coffee was getting me a little worried, both for my health and my mental state, so I started to do some research.

The third and thankfully the last day of no coffee had finally come. I ended up staying in bed a lot longer than I anticipated in the morning, making me late to work. I blame it all on the lack of coffee.

One of my friends had even answered one of my tweets earlier in the week and I couldn’t answer her questions because she was right. I was, in fact, torturing myself. Coffee makes me happy and I was depriving myself of it. There are even studies showing that coffee makes you happy! I’m not delusional. 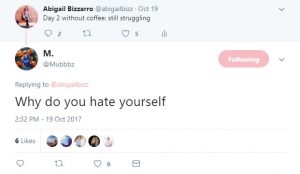 The day had come; I could finally drink coffee after 3 days of giving it up. The feeling of having my first sip after my small hiatus was like being enveloped in a big hug from your mom after not seeing her for a few weeks. Or read this article and you will have an idea of how i was feeling. 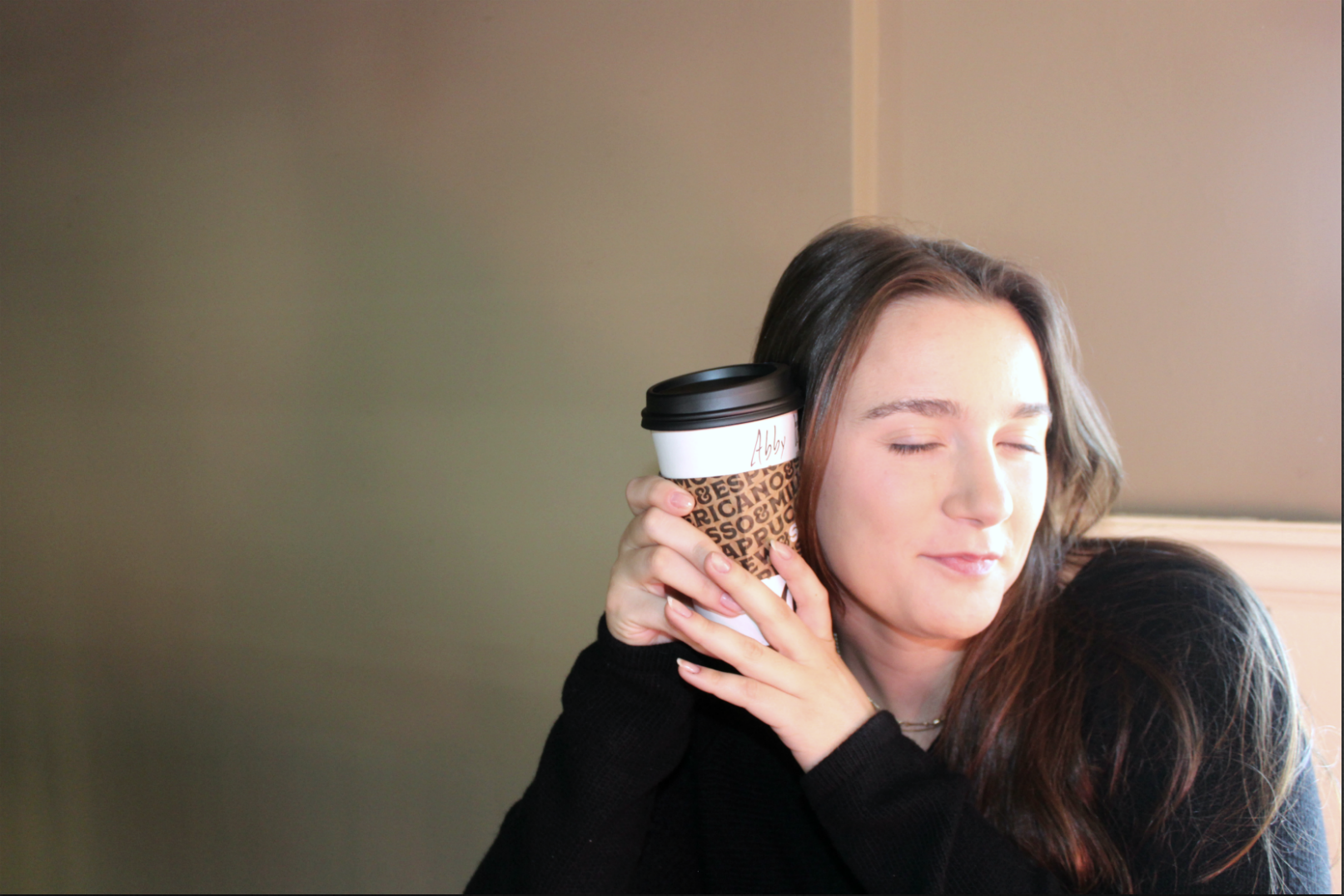 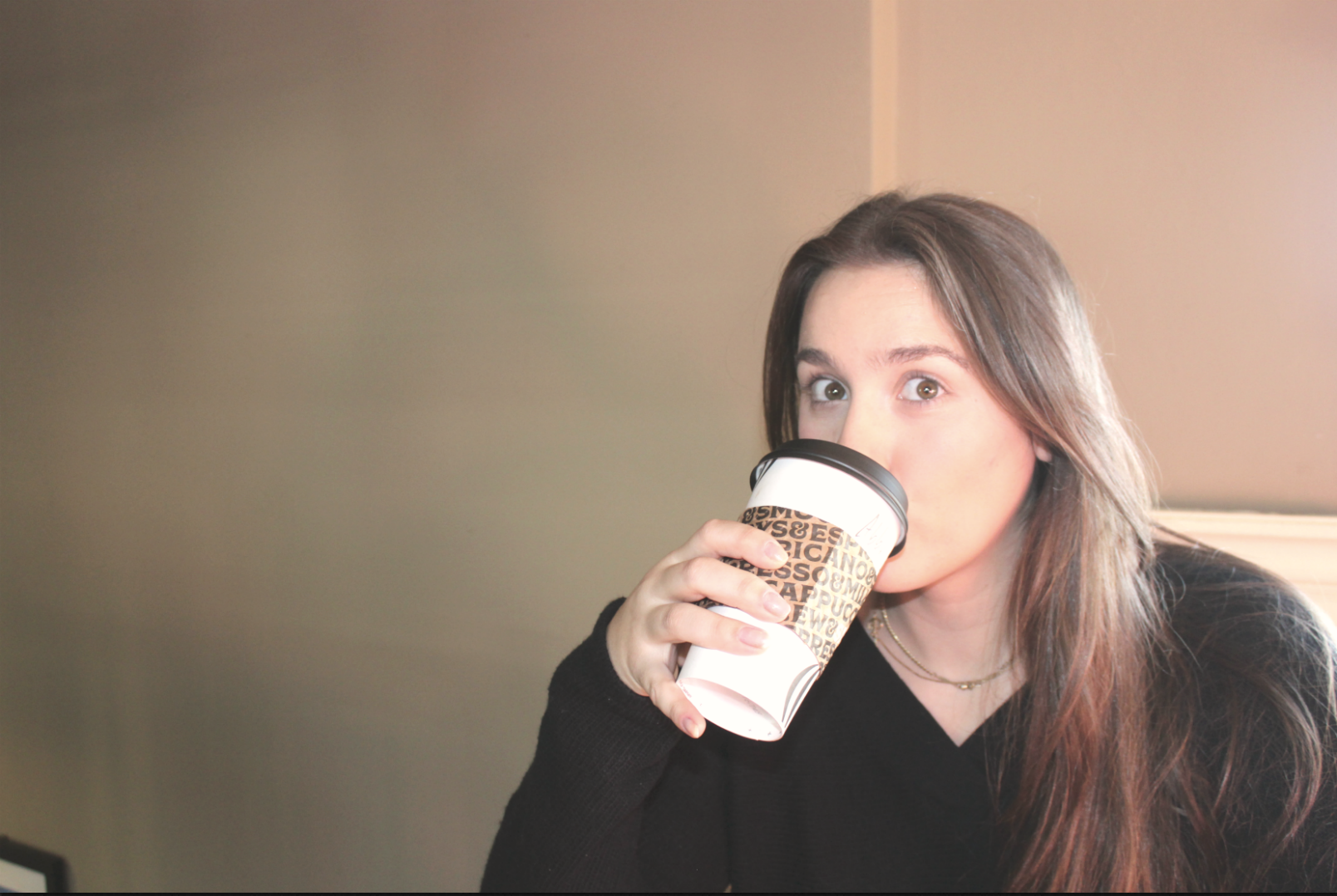 Coffee shops surround us on campus and even off campus. They are where we socialize the most while still being able to get homework and studying done. So it’s not surprising that we have an such a strong dependency on coffee. It is almost similar to alcohol in the sense that it is a socializing agent. If you started talking to any college student and they told you that they didn’t drink coffee, I think we would all raise our eyebrows in disbelief.

Another reason college students count on coffee is because we are known for getting very little sleep, especially during midterms and final exams. Between finishing up projects, papers and cramming for tests, we hardly have time to sleep, so we rely on coffee to keep us alert, awake and motivated to get that A+. According to a study discussed on CoffeeandHealth.org, subjects were given about two large cups of coffee. After looking at the cerebral blood flow measurements, researchers noticed that the caffeine in the coffee activated the regions of the brain attributed to attention, vigilance and anxiety. I would say that students are not dependent on the coffee itself, but on the effects it has on them. They are addicted to being able to get little sleep and still function as a human being by drinking copious amounts of coffee.

After this experience, I have accepted my dependency as a part of my life. This was a fun experiment (not), but I don’t think I will be giving up the beautiful drink called coffee anytime soon.