A Blast from the Past: Here’s How It All Went Down 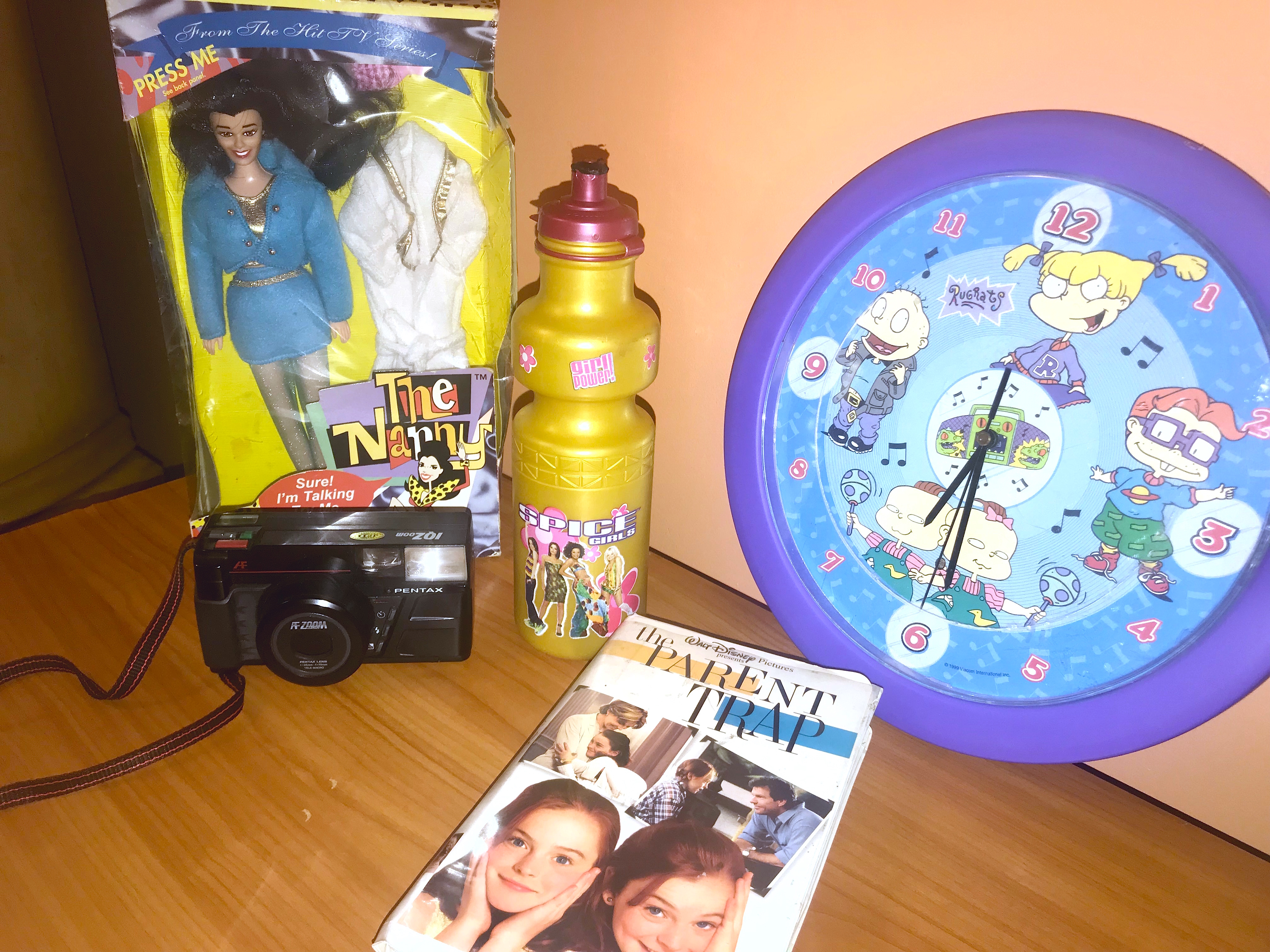 Close your eyes, and imagine a world with no cell phones, a not-so flat screen television projecting your favorite “The Nanny” episode, and all the Toaster Strudel you can possibly eat. You may ask, where on earth are we imagining ourselves?! That’s right Hawks; we’re taking you back to the 90’s! Being completely caught up in the technological and social media era, it’s hard to picture life before Instagram and Snapchat. Ever wonder what a day in 1998 would be like? Well hop into your time machine…because it’s now 1998!

It’s 1998, and as Sabrina can tell you, Spice Girls are ALL the rage. Sporting a Spice Girls tee, with a totally 90’s esque scrunchie in her hair, Sabrina is your typical girl in 1998. Not only does she totally wish she was Baby Spice, (because she IS the best Spice Girl) she’s also an avid Power Puff Girls and Rugrats fan. Her room is nothing short of 1998…and I’m not ashamed to say that I’m all for it.

EVER IMAGINE WAKING UP TO AN ALARM THAT ISN’T YOUR PHONE?

No day in 1998 didn’t start off without an alarm clock wake up. Now I know what you’re thinking…people actually used alarm clocks for alarms? Because we’re in the prehistoric age of the 90’s, people couldn’t rely on their cell phones to wake them up every morning. However, from Sabrina’s reaction to her alarm clock, one thing hasn’t changed since 1998; everyone hates waking up in the morning!

VHS Galore…You Know What That Is, Right?

When you live in 1998, there is nothing (and I mean NOTHING) better than a good ole VHS tape. And what better VHS tape to watch than one of the most popular movies of the year, Lindsay Lohan’s “The Parent Trap!” Sabrina is clearly a huge Parent Trap fan, and I mean who isn’t, it is 1998 after all.

Take note of that Rugrats backpack…what a 90’s kid! 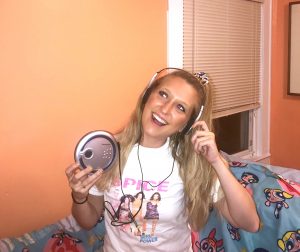 Portable CD Players…Technology is SO Cool!

Before she goes to bed, 1998 Sabrina’s bedtime routine includes listening to her favorite artists…The Spice Girls, of course. She would usually play it on her boom box, but it would always end up being too loud…it was only after the 4th neighbor complained that Sabrina’s Spice Girl jams were shut down. Luckily, Sabrina saved all of her money that she would usually spend on buying her dashing denim jackets, and bought her very own 1998 Panasonic Portable CD Player! I mean, this is just too much to handle. Now, Sabrina can still channel her inner Spice Girl, while on the go.

So here we are, back to 2017. I don’t know about you guys, but I wish we could’ve stayed in 1998 a little bit longer. For now, I guess we’ll just have to keep reading about 1998 Sabrina and her day-to-day escapades, and figuring out if they still sell Portable CD Players. Also, does anybody know where I could buy VHS tapes? Asking for a friend. 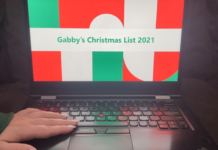 Do Christmas lists have an age limit? 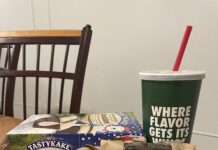 Is it ok to have a cheat day? 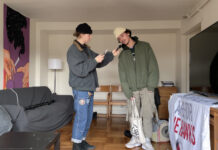 How SJU Students Express Themselves Through Their Fashion