When walking around campus, you’re more than likely to pass a lot of people who are tanner than expected for the winter season. Sun-less tanning, self-tanning, spray tan… call it what you want, but it is undeniable that a tanning craze has come to Saint Joe’s. As this trend became increasingly popular in the cold months and continues to be a phenomenon across campus, we wanted to find out why.

We talked to several sunless tanners about why they became invested in the craze.

We found that many people utilize sunless tanning options as a way to boost their confidence during the brutal winter months. One girl commented that “a tan looks healthier” and compared it to the way she feels better and healthier with a tan in the summer.

Other tanners had some interesting comments about why they like to- and need to -do it. One stated, “Technically, I look less like myself, but now that I’m so used to doing it every single day, I guess [I feel] more like myself…If I don’t have it on, I don’t feel pretty… I feel, like, ill”. Another self-tanner said that a tan gives a glow and “makes [her] want to wear less makeup.” A lot of the reasons why people self-tan have to do with the confidence or aesthetic boost that they think a tan gives them.

The people we talked to tan with lotions and sprays. Self-tanning this way presents a safer alternative to tanning beds, which can become addictive and increase the likelihood of skin cancer. Although harmless when done safely and in moderation, this trend raises some interesting questions, and as with most popular trends, self-tanning doesn’t come without its controversies.

So, why are people changing their skin tone, and what are some further implications of it?

There’s been more news in recent years about people who are addicted to tanning or injecting melanin enhancing drugs such as Melanotan. One adult from Belfast, Northern Ireland, Hannah Tittensor, who uses Melanotan and tanning beds, talked about her addiction to tanning on the popular British TV program This Morning. She maintained that it’s something she can’t live without, but her sister thinks that “her whole image is to do with insecurity”

Hannah also explained that she has been accused of racial appropriation for tanning her skin to such a dark color. This leads to some of the other, more serious conversations to be had around self-tanning and the overall trend of darkening skin. When taken to the extreme, it can become offensive, such as with blackfishing.

“Blackfishing” is a term that has emerged in recent years to refer to a person who uses makeup and tanning to appear black. This term evaluates the extent of certain tanning practices and classifies them as cultural appropriation. “Blackfishing” is a serious objection that some people have against self-tanning and many women of color (WOC) see the issues rooted in the fact that the people turning their skin darker have never had to deal with any of the implications of having a dark skin tone. “Blackfishing” also goes deeper than just self-tanning and includes people who also appropriate hairstyles and other features commonly associated with WOC. Celebrities aren’t immune to this criticism. Some that are commonly under fire are Kim Kardashian, for wearing Fulani braids, or “cornrows,” and Ariana Grande, for her darkening skin tone and “blaccent”.

This isn’t to say that self-tanning is the root of all these problems and controversies, but the deeper implications are worth investigating.

There’s nothing wrong with self-tanning in order to boost your confidence. A healthy glow in the winter or spring before the summer tan hits can make you feel healthy and pretty. A lot of the reasons people gave when asked why they self-tan were similar to why people want to wear makeup, and it’s completely understandable to do something just because it makes you feel better. Nevertheless, we shouldn’t shy away from the serious conversations we can have around the implications that arise when altering your looks in any way.

For some more interesting reads, check out these articles on blackfishing, sunless tanning, and fake tanning fad! 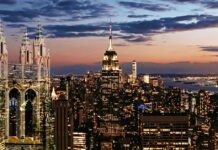 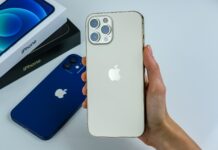 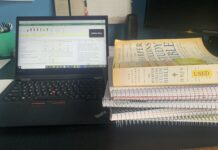