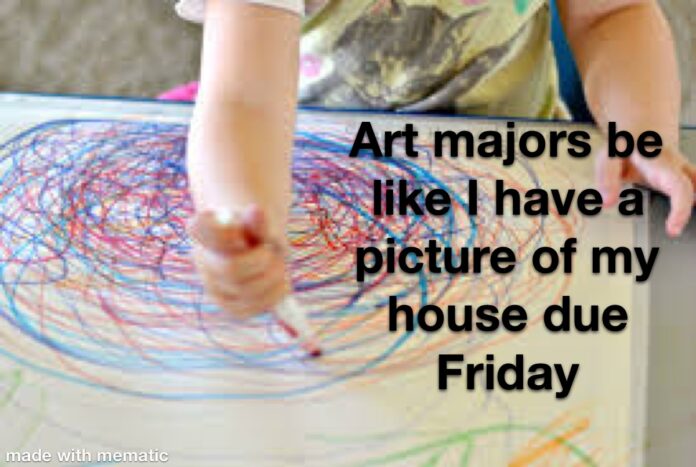 All jokes folks 🙂 Just a little roast to make these stressful times a little bit funnier.

Everyone wants to be the President or a lawyer. Their professors usually want them to solve the world’s problems by noon and most of them believe they can change the world.  They’re probably the most controversial people on campus ready to challenge anything you believe in. Their favorite form of communication is tweeting back at the President. All of their insta stories show you “issues” they want to make you aware about, but they don’t ever actually do anything to solve the problem. Legally Blonde is their favorite movie.

Book worms have become their spirit animal because their professors assign them four books to read by next class. They may be the grammar police, but you know their paper is better than yours. Whenever they tell someone their major, it’s usually followed by “So what are you going to do with that…?”

Finance majors will tell you “that’s the dream” after watching Wolf of Wall Street when everything in that movie was illegal. For some reason, they always have a half-ripped poster that says “Work hard, play harder”.  Instead of actually listening in class, they look at stock prices they don’t even own.

They tell you they want to be in the CIA which I’m pretty sure is supposed to be a secret. Their inspiration for why they chose this major is usually followed by the shows SVU, BlackList, Criminal Minds, or Graceland.

Nursing majors are always in the library trying to cram for their next exam. There is always a cup of coffee in their hands and ten different highlighter colors in their notes. If they’re not studying, they’re probably watching Grey’s Anatomy. Let’s hope they’ve learned enough from ZoomU before we are their patients.