It hit senior Lauren Zimmerman after her first trip to the grocery store that she was not in Italy anymore.

Lauren Zimmerman talks about how the study abroad staff at Saint Joseph’s University prepared her for the culture shock of living in a foreign country, but they didn’t mention the “reverse culture shock” that she would experience upon returning home. “Coming back to America after being in Italy for four months was more shocking to me,” Zimmerman says. “I adjusted to everything in Rome and the whole lifestyle so when I came back to America, I was lost at first.”

For example, “Saying ‘Grazie’ instead of ‘Thank you.’ I just got used to those little, simple Italian phrases,” Zimmerman says about her time in Italy. “So much so that when I came back to America… I had to stop myself and realize that I’m in America and we speak English here and I’m supposed to say ‘Thank you’.” 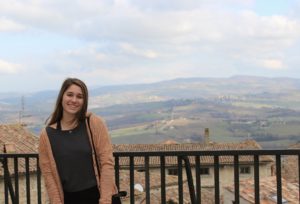 Students returning from a semester abroad can all agree on one thing, reverse culture shock. They had gotten used to the world they had been living in for the past semester, so returning back to a life they haven’t been exposed to in months can get a little overwhelming. Students not only miss the culture from their experiences abroad, but they are quickly reminded of their academic responsibilities too.

“Adjusting back to Saint Joe’s has been kind of weird,” Megan Szabo says about her experience. “I missed all my friends so much and being on campus… but also I feel like I’m always going to school and doing homework, where abroad I was kind of going to school but also traveling a lot and exploring a lot more.” 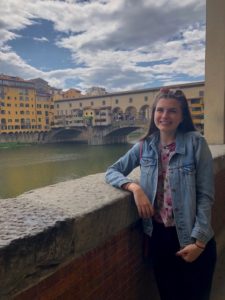 “It was hard to adjust to the Philadelphia city lifestyle compared to the London lifestyle,” Katie Babinsky talks about her experience abroad. “Coming back to that was was almost disappointing.” While Philadelphia may have more trash on the ground than in London, we reminded these students that home is still where the heart is. 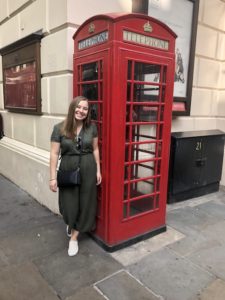 Ever heard of "reverse culture shock"? Three Saint Joseph's University seniors gave us an insight on their unfamiliar lives back on Hawk Hill after studying abroad. https://t.co/XTO78URxpT