Eddie Daou: From Student to Filmmaker

New to Hawk Hill as a freshman, Eddie Daou is passionate about being a communications major with a minor in film studies. He is from Tredyffrin Township, PA, which is only about thirty minutes from Saint Joseph’s University, and he loved the idea of being close to both his hometown and to Philadelphia. 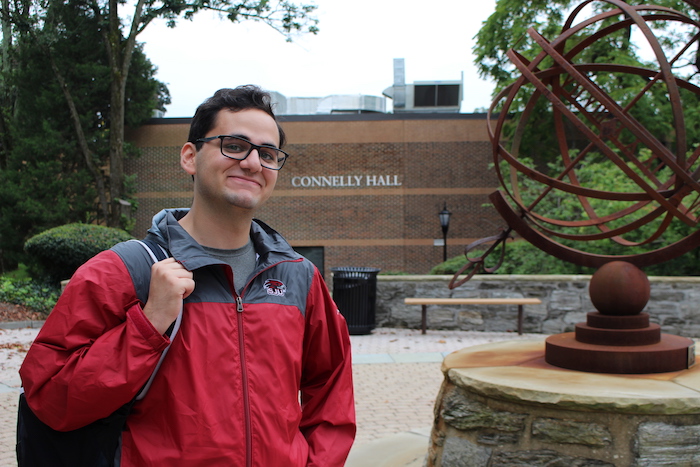 When it came time for Eddie to apply to college and declare his major, it was no question. He decided studying film, as well as communications, would help him gain experience on both sides of the camera.

This was when Eddie found his home away from home at Saint Joseph’s University.

Eddie has had a special place in his heart for film for as long as he can remember. He has always admired movies and TV shows, but it was not until he joined the TV program at Conestoga High School that he finally had a chance to create his own films, from start to finish.

In high school, Eddie got involved in any club that would give him a chance to get his hands on a camera. He joined every program at their school’s TV studio – school news, the TV production club, film class, and the film club.

Eddie’s advanced film and TV class presented him with the opportunity to participate in the 10 Day Film Challenge. This is an intense assignment which gives students only 10 days, working only during class time, to make a four-minute movie – including writing, shooting, and editing. Students were assigned a character with a backstory, a prop, a line of dialogue, and genre that must be included in their movie.

Eddie’s group produced one of the best films and was chosen to attend an awards ceremony at The National Constitution Center in Philadelphia. They won third place overall in Pennsylvania and then, nationally, they were commended for “Best Use of Character”. 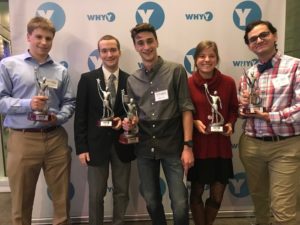 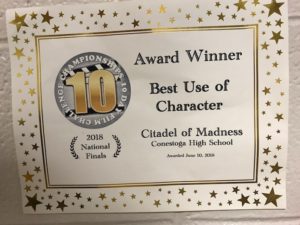 Already with some moviemaking experience under his belt, Eddie is excited to embark on his next adventure taking on a college communications program. Saint Joseph’s University could be spending the next four years molding the future generation’s Steven Spielberg.