It happened to Gabby Southworth a few months after she came to St. Joe’s.

“It was the end of my freshman year that I was sexually assaulted,” the senior said.

Southworth is the student president of the Rape Education and Prevention Program, (R.E.P.P), a program on campus that helps bring awareness of sexual assault and dating violence.

There are thousands of people across all college campuses who, like Southworth, have experienced the trauma and pain as a result of sexual violence.

Thankfully, Saint Joseph’s University offers a program to provide help and guidance for sexual abuse survivors. R.E.P.P. is a group of students, both women and men, who are trained in rape crisis counseling to help victims of sexual assault and physical or emotional abuse. 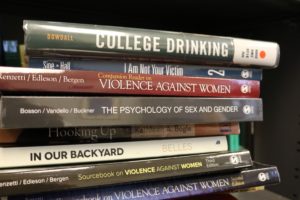 Bringing awareness to and highlighting the role of this program is critical due to the long-standing stigma surrounding sexual assault. You’ve probably even seen the signs for the program in the bathroom stalls around campus.

Conversations about the issues of sexual violence are becoming increasingly prominent, especially considering the #MeToo movement. Previously, sexual violence was deemed by society as a “women’s issue,” and was often overlooked. However, by shining light on the cyclical matter of sexual abuse, it is also becoming understood as a “man’s issue.”

“Men are the perpetrators 95 percent of the time,” said chair of Gender Studies at Saint Joseph’s University, Raquel Kennedy Bergen, Ph.D. She also points out that men can occasionally be the victims themselves. 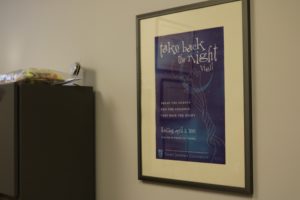 Because of the growing issue of sexual assault on college campuses, Bergen and Southworth agree that there needs to be a voice that is given in order to help prevent things like these from happening in the first place. The first step is communication. Having conversations about sexual assault can be difficult, but it can also lead to a sense of understanding and respect.

By continuing to have conversations about these issues, one can not only learn about why programs like R.E.P.P. exist, but why they are necessary.