Saint Joseph’s University basketball player Taylor Funk has a journey like no other. Funk is a first-generation college student from Lancaster, Pennsylvania who was homeschooled by his mother, Kim, from Kindergarten through senior year of high school. Funk and his parents chose homeschool because it allowed him to focus on basketball.

A big reason for the decision was the ability to be done class at noon and workout right after. Although Funk had no formal schooling in a public setting, he was able to play for Manheim Central High School which led to him receiving a full basketball scholarship.

“It’s different, I didn’t have any advice coming in. My parents went to public school, but never went to college. I talked to some aunts and uncles about it, but I really went in blind,” said. Funk’s only information about college was through basketball games and TV shows. 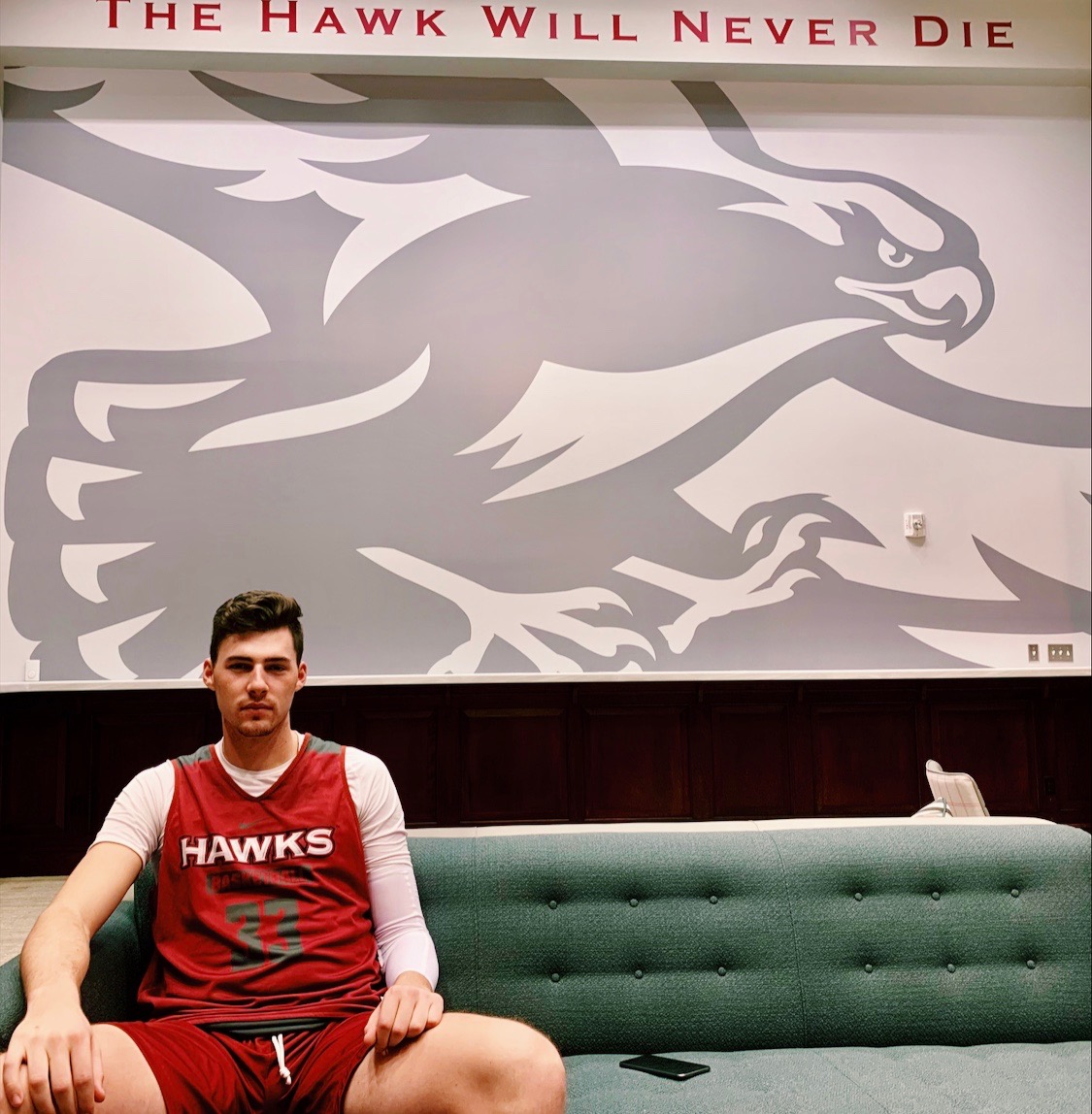 Funk, on his first college class experience, says, “I was not expecting it. I walk in and normally it’s just me in a classroom and now I’m surrounded by 15-20 people, being taught to by a teacher was different too because I would normally learn by reading books, it hit me like a bus.” Funk said it wasn’t a bad thing being in a classroom full of students and that it sometimes makes him wish that he had attended public school when he was younger. Funk was attracted to the social atmosphere of school, he was able to play on the public school team while he was homeschooled, but never experienced a classroom setting.