In bigger schools, everyone looks forward to Saturday morning in the fall so they can tailgate and cheer on their football team. Girls will wake up at 7 am to get ready and start drinking. Especially at huge southern football schools, hundreds of dollars will be spent on game day outfits, and god forbid anyone wears the same thing twice. 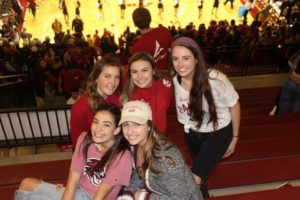 Here at SJU, we attempt to harness some of that culture during basketball season. Because there is no football team, all of our school spirit has to be channeled into another sport and basketball is it. Especially this year, when fans have high hopes for our men’s team to go far, people are really excited about going to the games.

Going to a basketball game is one of the biggest ways to socialize on campus, especially if you do not care about basketball and will be spending the entire game turned around talking to people. It’s important to dress to impress! 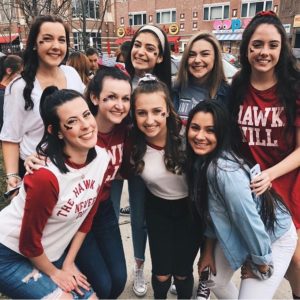 TYPES OF PEOPLE ON GAME DAY

This girl is going all out. She has temporary tattoos, her hair and makeup are done, and she is wearing the cutest outfit she can find. If she’s a true basic, she might even have a custom made top. Some basics can be interested in the game, however most spend their time chatting with everyone.

This fan is arriving at least half an hour before the game in order to get the best seat possible. They are only going to talk about the game, they know everyone on the team’s name, number, hometown, and stats. This fan goes to every game, including the week night ones even if they have an exam the next day. 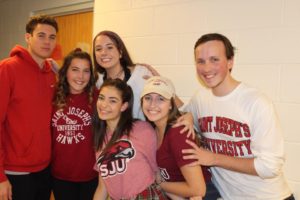 This fan is only there because there was nothing else to do. All of their roommates were going and they had nothing else to do so they decided to show up. Usually can be found wearing one of the free XL t-shirts that the cheerleaders will sometimes give out at the games. They’re bored, they’re sitting down, and they’re just there in order to not be home alone.

No matter who you are on game day there’s one thing everyone can agree upon; The Hawk Will Never DIE!