Every member of the world has been studying internet-distributed television services and their massive impact on social media environments. The first phase of the research focuses on Netflix. Nevertheless, I began adding dossiers on national and regional services. Continuing my research, choosing to study databases in the country of Italy. Even before the launch, the Netflix brand has been welcomed by consumers and national press with enthusiastic rhetoric, sometimes overestimating the strengths and revolutionary power of the service, leading to grand expectations for its success. Netflix says that the US is on top of the list, not surprised, for it is a US-based company. However, in my opinion, Italy tops the charts.

Compared to the US and other places in the world, the number of viewers watching Netflix is unbelievable. “Netflix was presented in the public discourse with growing enthusiasm and discussed as a global success story, a disruptor that could change television and frighten established broadcasters—a game-changer, a threat” directed from the original dossier. Newspapers and magazine headlines, on media buzz, reported that on-demand would destroy classic tv, with its models and shows, freeing viewers from the schedule’s viewing times, and programming made only of entertainment formats.

As Netflix entered the Italian market, the massive difference in the number of titles between the Italian and the US catalogs frequently emphasized by the Italian press. I researched and according to a Statista report, Statista.com, which shows the rising numbers between the US and the world. That represents the investment, position, and marketing of all the content received between the earliest years through 2018-20.

Netflix carries a variety of numerous things to stream on their platform, but have increased the output of Netflix originals then movies and TV shows. In the previous year, Statista released an article showing the launch of new content reported on Netflix’s Originals, which were about videos, and TV-shows. Stated in the section, ” In 2019, Netflix launched an estimated 2,769 hours of original movies, TV shows, and other productions. Netflix’s original output has risen dramatically in the last five years, and the company increased its produced content assets from approximately 1.4 million U.S. dollars to almost ten million between 2016 and 2019.”  Netflix had 1.4 million paying subscribers in Italy last year, and that number expected to reach 2 million by the end of 2019.

Netflix has been creating numerous productions to attract the audience’s desired interest in what they would like to watch. Especially in Italy, La Casa de Papel (Money Heist) became one of the most talked-about series in the world when it dropped on Netflix. When Netflix announced last year that Spanish heist thriller Money Heist had become its most-watched non-English-language series ever, the chance to bring the show back for another outing was unsurprisingly too great to pass over. The story, originally intended as a limited series told over two parts, followed the mysterious Professor and his handpicked gang of criminals and thieves to infiltrate Spain’s Royal Mint and escape with €2.4bn. A report on the Reelgood, which quite obviously has its target audience through TV shows and movies.

Their production strategy has strived away from the original, but subscriptions have been rising due to the pandemic. It likely sees a boost to subscriber growth during the epidemic with worldwide stay-at-home measures, but we see a risk for a potential “hangover” once the economy restarts.

While Italians have access to plenty of local cultures, they don’t have access to American Netflix “culture.” Although Netflix is available in Italy, the streaming service’s local flavor lacks much of the content found on the American version of the streamer. The content that Netflix streams to its viewers, such as films and TV series, is licensed from movie studios, television networks, and independent producers.

Netflix was present in a couple of controversies, while under investigation for tax evasion in Italy, despite having an office placed there. In this recent article, L.A Bizz, the point of the story is that they did not file a tax return in Italy. Authorities are deciding whether or not to make a case against them. Netflix stated in the source, “ We pay all the taxes due in Italy and other countries around the world. Netflix invests millions of euros in Italian productions — helping to create jobs and support the local creative community.” No definitive evidence founded against at the time. Relating to other companies, they faced the same situation, like Netflix, in Italy as well. Gathered from a news report,  Bloomberg focused on the legal action that Azamon faced for dodging taxes, allowing Italy to net several billion euros in fines and tax payments. This was untended cause each company suffered at different time periods and paid the price.

Lastly, Subscribers tend to use Netflix through a specific screen, device, or other modes explained further on a report for the ExpressVPN. The VPN unblocks Netflix content from Italy with subtitles and dubbing. It also performs excellent with most streaming services while providing efficient speeds for HD viewing.

Recently, a report from CNBC stated that “the recent acts are taken by legacy media companies, WarnerMedia and NBCUniversal, which were able to get the upper hand on Netflix, reversing the company’s tables.” Now, Netflix continues to lose shows to uprising streams making their mark. Netflix is in a war zone with two highly-powerful networks stopping at nothing to take it down. However, WanerMedia announced the removal of “Friends” off Netflix in the following year. After just preparing to lose “Friends,” then blindsided with a report, NBCUniversal’s, announcing to have “the Office” removed and streamed on their new service.

Nevertheless, there are only a finite number of old hit shows, and as more streaming competitors have emerged, exclusive original content has become even more essential in luring new subscribers. In that arena, Netflix is the clear standout. The biggest competitive threat to Netflix is probably Amazon. Netflix has a focused plan that allows it to be one step ahead of Amazon. Including a massive investment in content, Netflix Originals overtook Amazon Prime Video in terms of quantity. 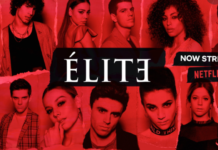 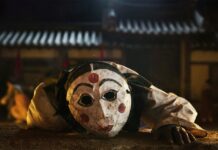