Since then, The Department of Music, Theatre, and Film has been established and offers students a wide number of courses to achieve either a B.A. in Music or a B.A. in Theatre and Film. Not only can students chose to go into the field of music and film, but they can be a part of numerous programs on campus as well. University Singers, the Theatre Company, and multiple Acapella groups are just several examples of ways SJU students are able to express themselves through their art. Despite all of this, many students still aren’t aware of these musical opportunities and achievements. 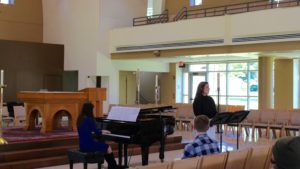 Students have no problem staying on top of the current athletic schedule, but when it comes to events that showcase musicians and artists, they seem to turn a blind eye to what the music department has to offer.

But why is this the case? Why don’t students pile into the Bluett Theatre the same way they pile into the stands of Sweeney Field to watch a soccer game?

Student musician Daisy Abrams sat down to not only talk about the benefits of being a musician, but also what Saint Joe’s can be doing to support the music department the same way they might support their athletic department. 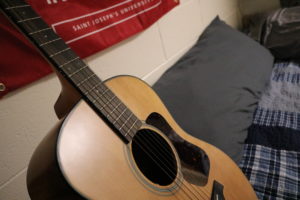 Because of its small size, the department is able to give its students one-on-one opportunities. This is something which Abrams has been thankful for. Putting everything to the side, most student musicians are proud to say that they have had great experiences here on hawk hill. But that of course doesn’t mean that students shouldn’t keep trying to improve the program.

“[The music department at SJU] could improve just by continuing to expand by having more courses and things that are a little more specific,” said Abrams.