A Friday night in college can often be the highlight of your week. You studied all week for a test and began looking up schools to transfer to immediately after you realized you studied all the wrong things. We have all been there, no? So then Friday comes along and you’re ready to show the past week who’s boss! After all, as we all have been reminded by the one bat s#*t crazy friend who decides to go out on a Tuesday and wants you to join them, “you never remember the nights you stayed in and slept.” And that is so true! Well kind of… We all remember the parts of the night that are fun-the pregame, the pregame that follows the pregame, the party itself, and of course the late night Dominos. But how come we all seem to forget the “messy” instances that end up on your neighbors snap chat the next day. Well, have no fear, your RA sure remembers! After all, it was he/she that had to deal with it. After talking to one former RA, Sara, the stories that she took from one February night in specific are directly attributed to why her title is “former,” and not current. 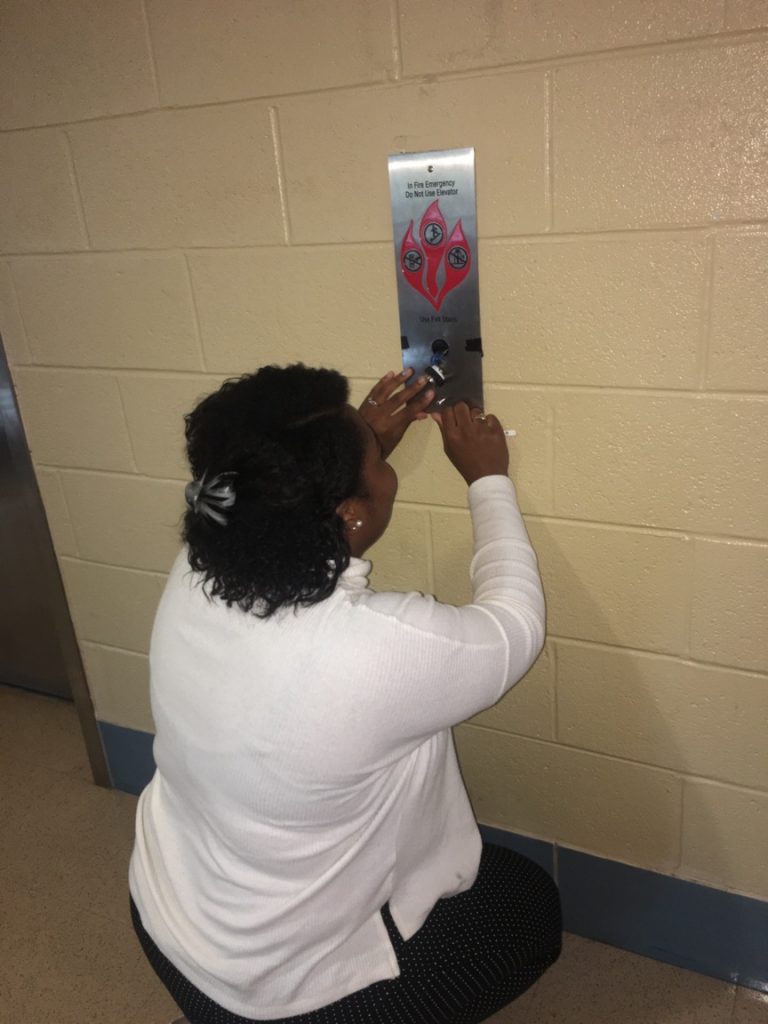 One of SJU’s brave RA’s attempts to fix a broken elevator button.

How many times can someone lose their key in one night?

The first story, and perhaps the one that makes me question the fate of our generation as a whole, happens progressively. At around 8pm, Sara gets a knock on her door. “who’s (enter explicit here) up already? On the other side of her door isn’t a report of raging drunk frat boys, or a “tad too tipsy” sister who lost the battle to the all too infamous rainbow bottle of who knows what. Instead, its one of her residents in a towel, soaking wet. Like come on, at least buy her dinner first… The person was as distraught as Kim K. when K. Humphrys threw her into the water and she lost her diamond earring. “I forgot my key in my room and I can’t get in.” It’s like she didn’t realize “people are dying” in this world!” She told the girl to stay in her room, went and got the key, and let her in.

She gets a call in the RA office saying she is needed on the floor. Outside welcoming her on the floor is now the same (slightly) more dressed girl who for whatever reason seems to be in “high” spirits. Again, she left her room and she locked herself out. Two times in one night?

CAN YOU GUESS WHAT HAPPENS NEXT?

So now about an hour later after helping this girl twice, there is another call into the office. She left h 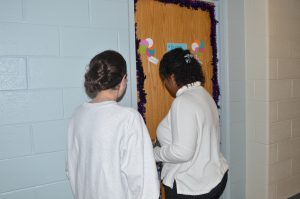 er ID and came back to get it from her room. Only issue is while in pursuit to get the ID she forgot, she left her key at the pregame she was at. Now Sara was getting kind of pissed. Like come on? You allow yourself to get locked out three times in ONE night. “At least there weren’t tears” was her way of not getting too upset over it. A stench coming from the girl’s breath that smelled oddly like Uncle Joe’s Christmas “happy drink,” sure. But no tears. That, she said, was easily a record for the most times the same person was locked out of their room in the same night, and it wasn’t even nine o’clock.

No RA wants to deal with a fight on a Friday night. They can be rough, dangerous, and often are refereed by one Jack Daniels who fuels the two in the first place. This specific fight has a reasoning that ranks on the top of the list for the stupidest fights of all time. Sara was in her room at this point when she gets a text from a resident that something is happening. She goes over to the guys floor to find two kids shoving and a bunch of kids surrounding them. If that doesn’t spell out fight, I don’t know what does. She does her best, with the help of a few not so drunk others to stop the fight. She ends the mini rumble, and gets the details on why the pushing started in the first place.

A kid from Temple was bagging on the other kid who was wearing an “SJU Football: Still undefeated” shirt because he felt he needed everyone to know that Temple’s football team was better than ours. Yes, this kid actually believed SJU has a football team. Seriously? Like don’t you think you would have, oh I don’t know, maybe attended such a game if you had such pride in our rich history of football here on hawk hill. She said she questioned them a lot after that not believing that this was the true story, after all how could it be?

The Land Down Under

ENTER AT YOUR OWN RISK.

No Friday night is complete without a bathroom story. No, not girls taking selfies in the mirror, but rather the rampage that seems to go on, resulting in the dirtiest scene you’ll ever see. After Sara gets off her shift around 1, she always makes a run through the bathroom to access the damage. And damage there was. The first thing that caught her eye was a wet floor sign outside the door that had been tampered with in a way that, lets say, wouldn’t be acceptable in one’s church. That’s a warm welcome if I’ve 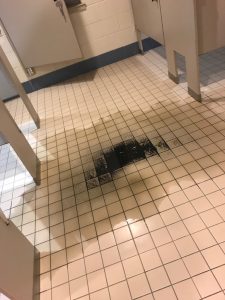 ever seen one. Once she is in the bathroom, she realizes why there was a wet floor sign in the first place. Flooded in the bathroom is a black liquid, so mysterious I cant even call it water. It truly could be anything from an excessive amount of tea to whatever Campion was serving for soup that day.

“Absolutely disgusting” was the way she described it. If this flooding that was a frog short of a pond wasn’t enough, the toilets too were flooded. Getting around this swamp, she saw that people had thrown their beer cans in the toilet, and also proceeded to flush them, clogging the toilet completely. Most crush their cans after a good ole shotgun, these people decked to flush them.

Next time you find yourself getting ready in your dorm for an eventful Friday night on hawk hill, just remember your RA will always be there to clean up your strange and odd mess of a night.

And that my friends, is just how the cookie crumbles.