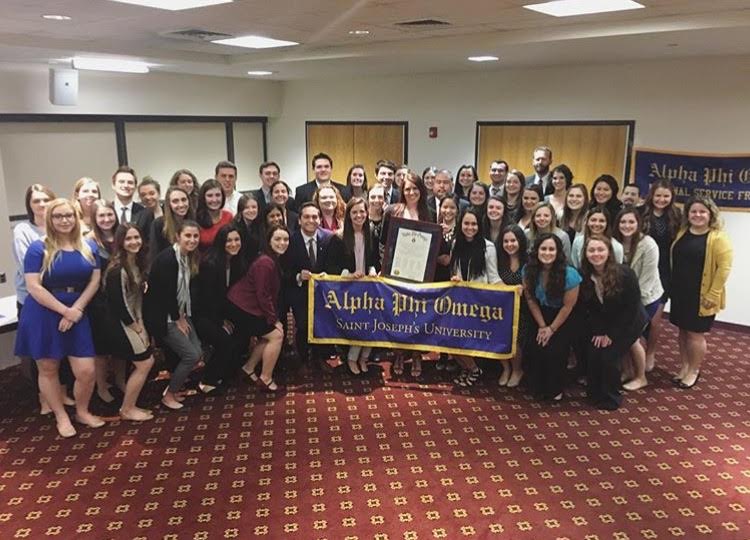 Alpha Phi Omega– a rapidly growing service fraternity that has a recently new Chapter here at Saint Joseph’s University. APO is not your usual chapter of Greek Life. APO is a coed service organization based on the principles of leadership, friendship and service. The first chapter was founded at Lafayette College by Frank Reed Horton and has spread to more than 375 campuses. Saint Joe’s began the journey towards becoming collegiate in the spring semester of 2016. The group was established then and the first members joined that same semester. They did not take any new pledges the following Fall to help the current group become a strong basis for the fraternity, and the next spring welcomed many new excited pledges.

The Saint Joseph’s chapter finally reached its goal of becoming collegiate on February 26th, 2017 with 57 active members and 77 new pledges. This journey was started by President Paige Colver, a Junior at SJU, who began the chapter with the help of a group of board members and they continue to lead the chapter toward their goals.

The members must complete service hours each semester to remain active, both hours with other members of the fraternity as well as independently. Some of the service opportunities members participate in include, Ray of Hope, a non-profit that strives to bring hope by cle 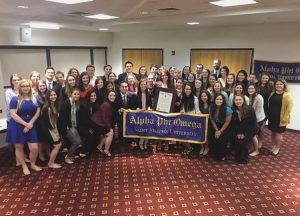 aning areas of Philadelphia as well as offering jobs and rehabilitation to citizens of Philly, Community Clean Ups in the areas surrounding the SJU campus, Relay for Life where they have raised $6,600 so far, and volunteering with different organizations and events at Saint Joes. 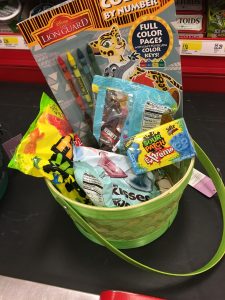 ilies” already in         place in the fraternity. This is the just one of the traditional steps of Greek life ,aside from all the service they do, towards expanding the chapter and expanding as an official Chapter here at Saint Joes. On April 9th the 77 pledges will be inducted into the fraternity and become active members.