There was a chill in the air the night of the 2018 spring concert. A member of the production team looked at me and said, “happy January 95th!” *rolls eyes*

But alas, spring is in the air. The sun is creeping around the clouds and brightening Hawk Hill. Our mind is stuck on thoughts of summer break, finals, and endless (but necessary) cups of coffee. The final push to get through the last weeks of school is brought to you by the St. Joe’s Spring Concert. Not only do we deserve this night of fun, but we look forward to it. The widespread practice of spring concerts at colleges across America dates back to the early 90’s. Even ivy league schools know how to get down with artists such as Young Thug, Jeremih, and Tinashe.

St. Joe’s held its first spring concert in 1996, featuring the band, Gin Blossoms. Other popular artists include Sugarray, Third Eye Blind, Trey Songz, Panic! At The Disco, and Mac Miller. The Spring Concert Committee is in charge of organizing the event. In November, the student body votes on the performers they are most interested in seeing at the show. This helps the committee decide on a music genre and ultimately the artist. Other factors such as contract fees, projected number of ticket sales, and artist relationships play large roles in the final decision. Data gathered over the last few years shows that the student body prefers hip-hop and pop artists over rock and alternative bands, as exemplified by the lower number of tickets sold for Panic! At The Disco in 2016. T-Pain attracted over 2,000 students on April 19th, 2018. 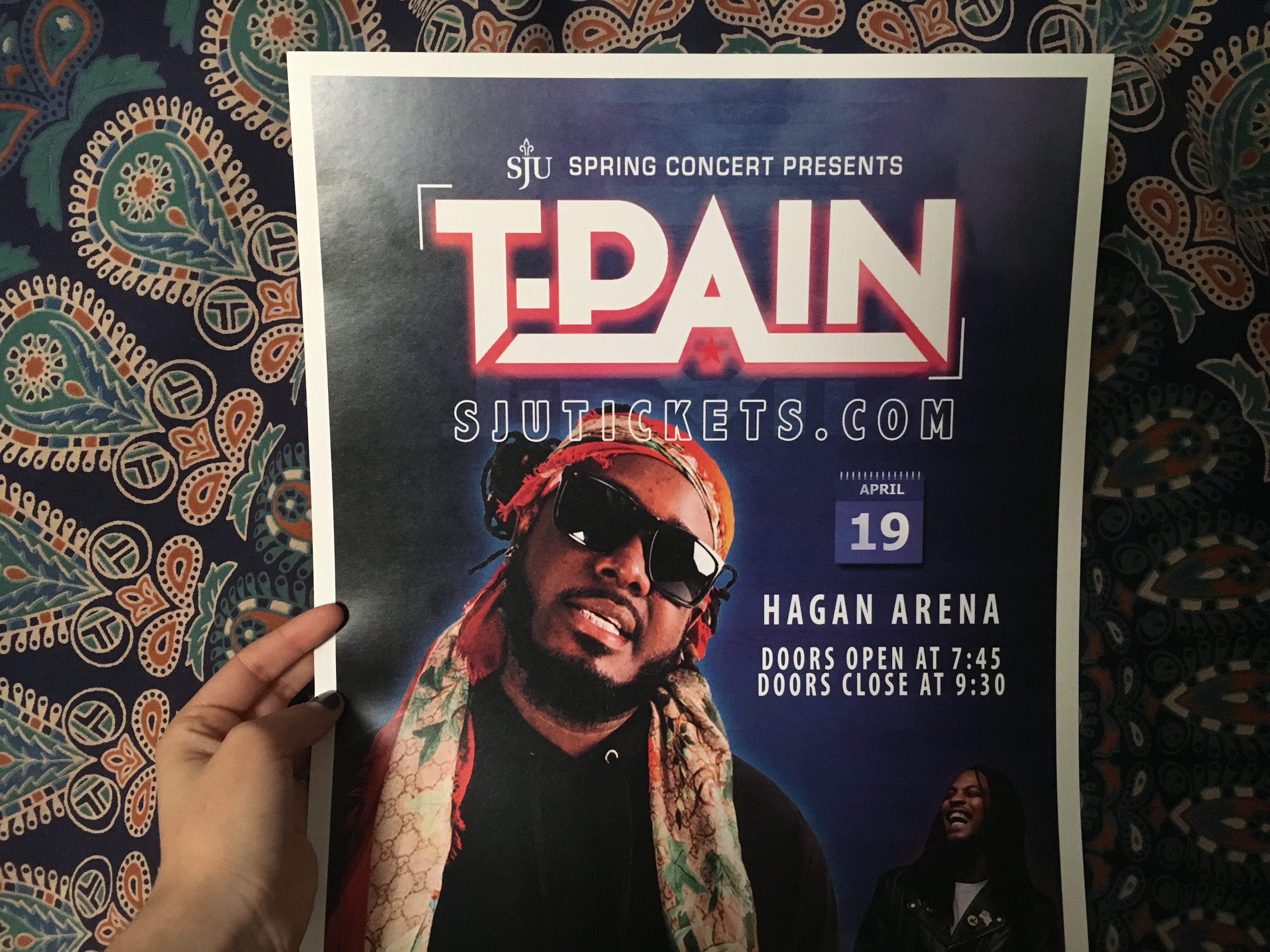 The more students that attend the concert, the higher the revenue for the committee, which is crucial in determining the budget for concerts in the following years. The higher the revenue, the more money the committee can put towards higher-demanded artists. The budget for last year’s concert was approximately $112,000 which is considered the mid-high range compared to colleges nationwide. While schools such as North Dakota State University charge a flat rate of $10 per student ticket, SJU’s ticket prices increase as the concert draws nearer. This year, ticket prices started at $10 and rose to $20 by the day of the concert.

The committee configures new ways to draw in Hawks each year. For Mac Miller, the concert was more than a concert, it was a glow show. Students dressed in neon and received glow sticks to amp up the atmosphere. This year, they tried something more low key, very cost efficient, and, well, awesome. What better way to prime the audience than featuring opening acts by SJU students themselves? We’ve had student openers before but never this many or this diverse of a group. Watching peers share the stage and show off their talent not only gives these Hawks the chance to share their abilities, but also gives the concertgoers school pride and extra incentive to go. A flock of Hawks performed thrilling opening acts for the main acts, T-Pain and Waka Flocka Flame. Although Flame cancelled at the last minute, the concert experienced no lack of excited students. Everyone seemed to forget as soon as our talented peers hit the stage.

The students who opened the 2018 show include William Russell (DJ Thrill), The Sweeney Sisters, Julian Palmero (Julez P), and James Arcenas (YoYo Kid). Nicholas Shisler also put on a performance at Starbucks the morning of the concert.

We interviewed DJ Thrill to gain some insight on what it’s like from behind the discs. When asked what motivated him to perform this year, he answered “I started DJing as a sophomore in high school, and have always been passionate about music. My goal is to perform on the MainStage at Ultra Music Festival in Miami. I am excited that Thursday is the first step. I got to be one of the opening acts by submitting an application and sending in a demo mix showcasing the ‘Thrill’ style of music –upbeat and euphoria.”

Although nervous to open up for such a famous artist (I mean who didn’t have “Buy You a Drank” illegally downloaded on their iPod in fifth grade?), DJ Thrill commented “Knowing down the road that [I] opened up to those two guys will be amazing to look back on.” (This statement was taken before the sudden cancellation by Waka Flocka Flame due to health reasons).

“Having student openers at the spring concert is great because it showcases talent within campus, and allows student artists to perform their material. I firmly believe that we should have more in the future.” We agree, DJ Thrill.

We had the privilege of sitting down with James Arcenas, better known as the YoYo Kid, the day after his big performance. Not only were we in awe over his tricks, but we were in awe over his personality. As he gave us a little show outside of Starbucks, people watched and recorded through the glass windows. He said ‘hi’ to many and smiled to all. He truly is a Hawk Hill icon. No wonder Arcenas had a posse in the crowd – all of whom we wearing original YoYo Kid t-shirts. Here’s part of our time we spent with Arcenas.

Unsurprisingly, this year’s concert was a resounding hit, no doubt thanks to the work of the Hawks who shared the stage with T-Pain, as well as the hard work of the Spring Concert Committee. DJ Thrill, The Sweeney Sisters, Julez P, YoYo Kid, and Nicholas Shisler stepped into the spotlight to show us just how much talent this campus has to offer. Hopefully next year we will have the opportunity to see a large outpouring of student opening-acts, and in turn, a large crowd to cheer them on. 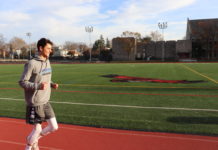 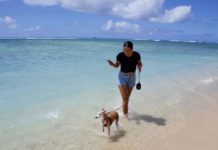 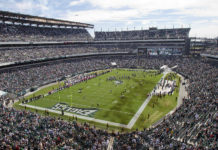