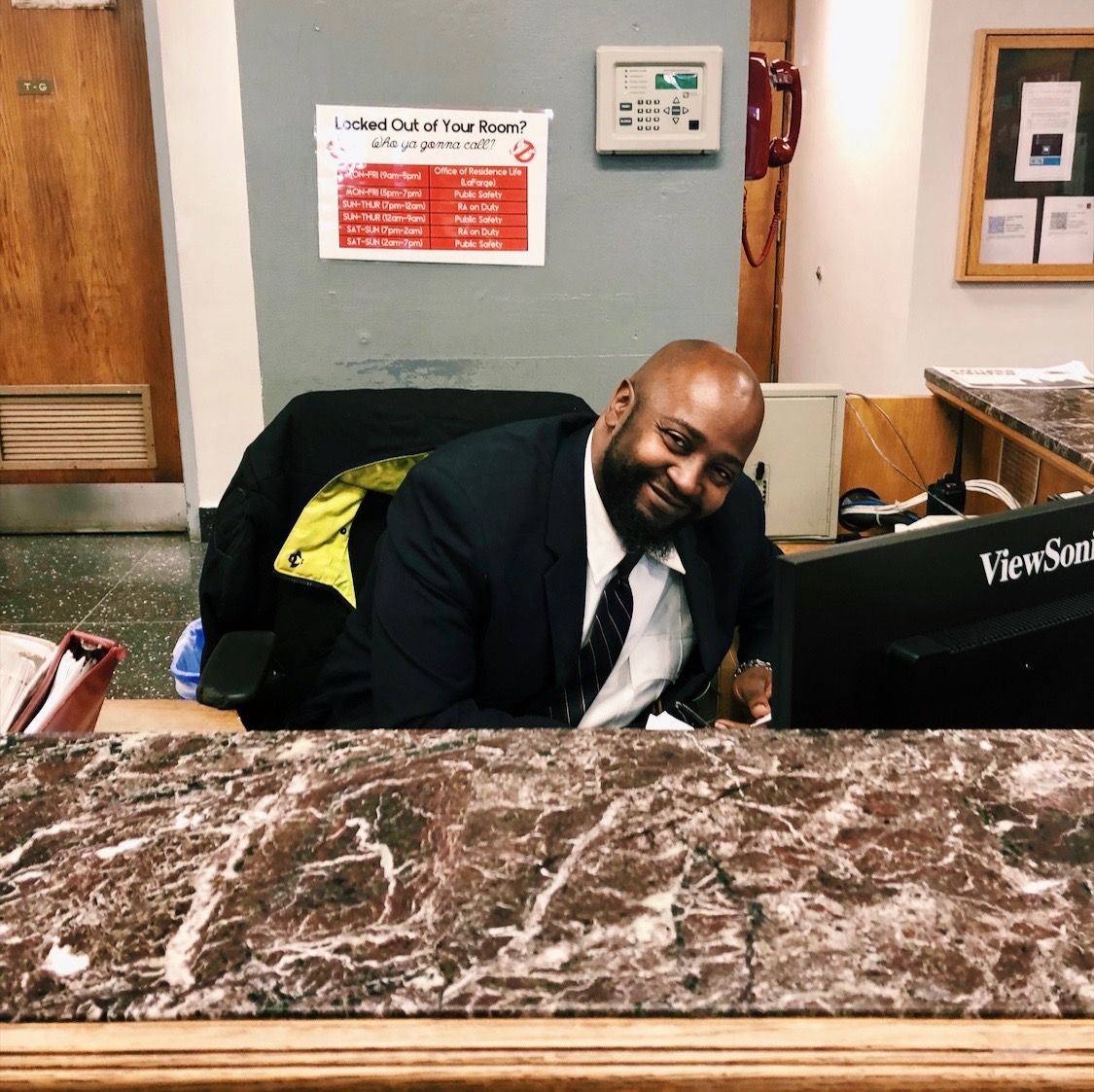 Every Monday through Friday, you can  find the same smiling face sitting at the front desk of LaFarge.  Everyone is always excited to see him, and it makes coming back to the dorm just a little more homey.  The well-liked security guard, Joe Dixon, can surely put a smile on anyone’s face.

Dixon has been working as a front desk attendant for two semesters at LaFarge, but has been with his security company for four years.  While he loves his job, there is a lot more to him than just being a security guard.

Dixon, a single father of five children, has been teaching martial arts to his kids that he learned through a family member growing up, and developed himself from a book.

Dixon claimed that the practice kept him out of trouble in his early life. He is an orange belt in Karate, Jiu-Jitsu and two other forms of Mixed Martial Arts. He credits Mixed Martial Arts as giving him discipline from a young age and this has helped him to work numerous jobs throughout his life. 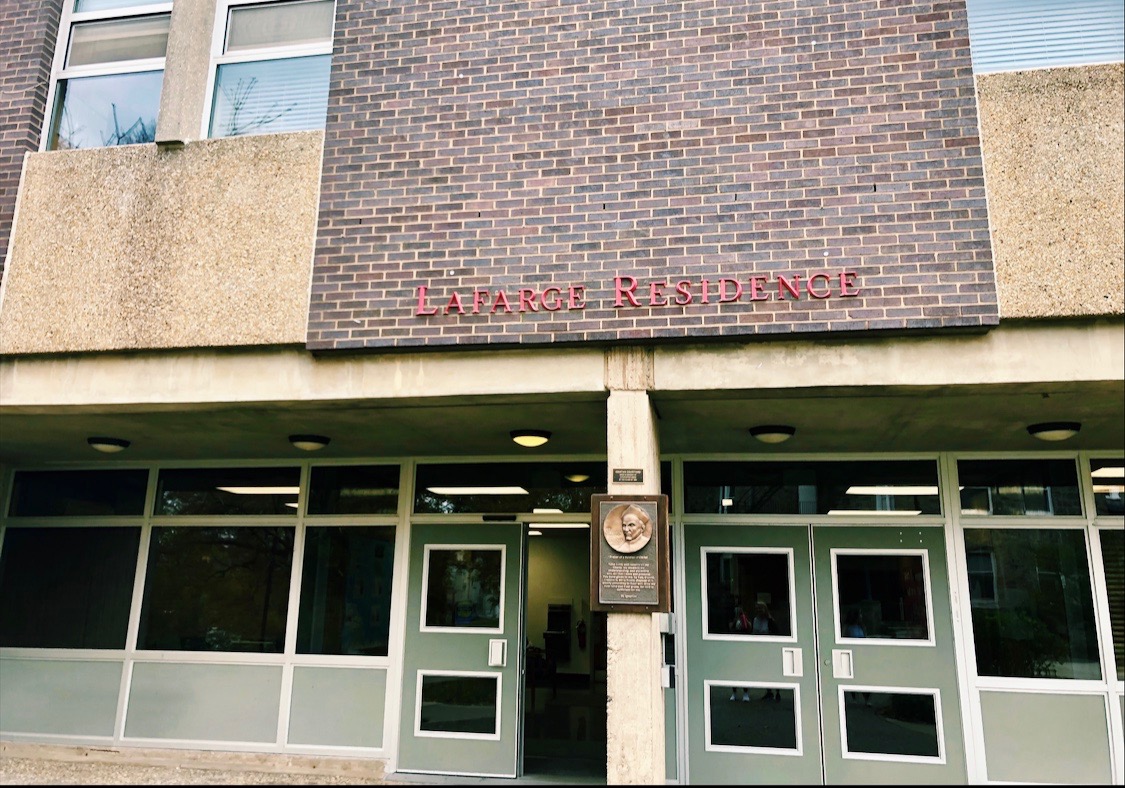 Dixon has a cosmetology license from Empire Beauty School. He claims anything regarding being a beautician he can do. He has the ability to cut male and female hair, as well as the ability to do manicures and pedicures.  He has a small group of clients, but does it mostly for family members.

Dixon works full time at Lafarge as a security guard, he also owns a mini car wash and detail that he operates from the back of his house. Before landing his job as a security guard, and applying to beauty school, Dixon enrolled at Culinary Academy at age 18.  Since completing that he has cooked in numerous kitchens ranging from Four Seasons Hotel to working on a Disney Cruise ship. Even though he first showed interest in cooking, he claims that he likes security much 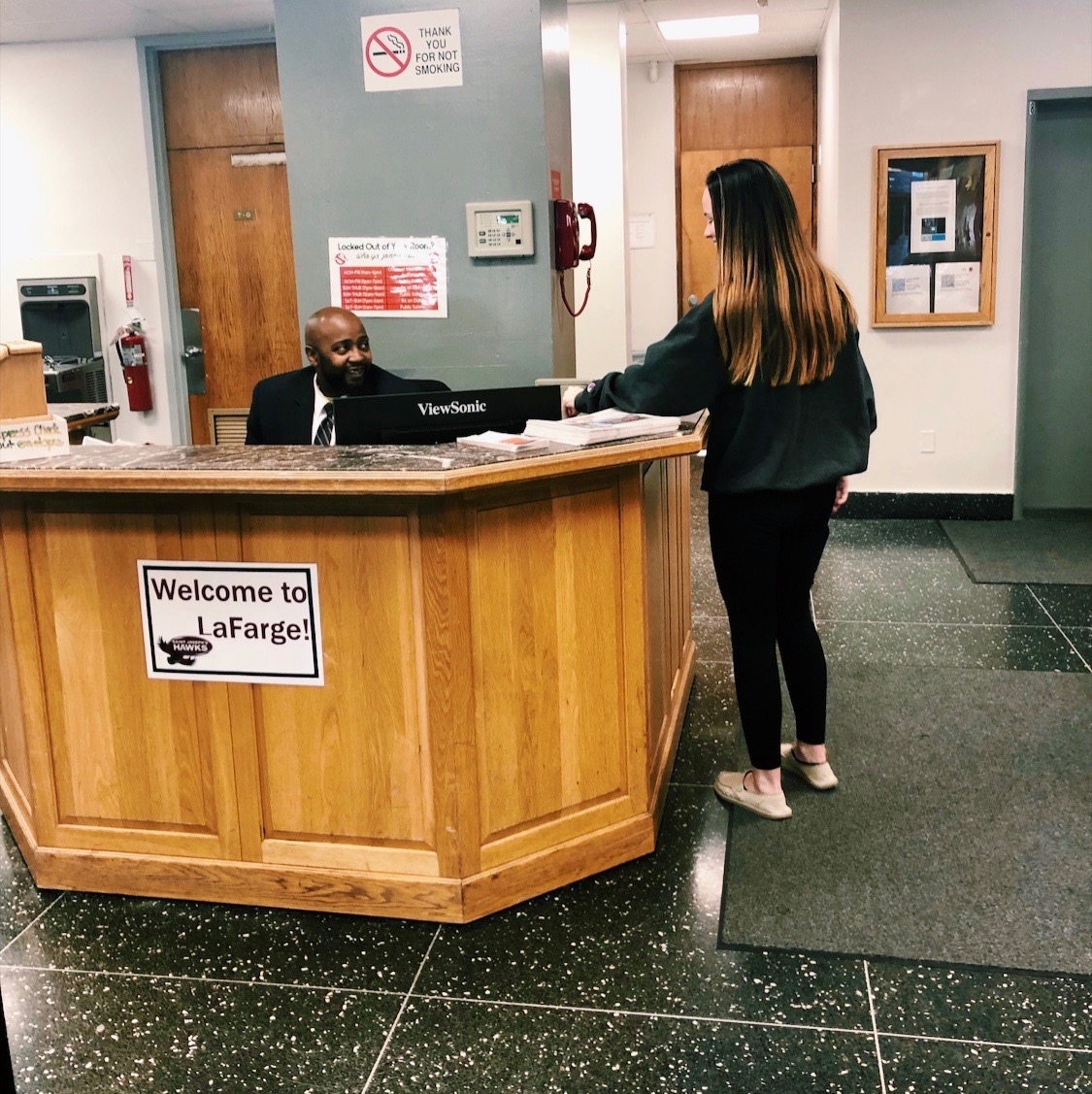 Dixon modestly admits he is a man of many talents, however, he is invested in making the students feel secure and enjoys the interactions with them. Dixon stated that being a security guard does not feel like work to him.

Next time you scan your ID through LaFarge and walk in maybe take a second to say hello to one of SJU’s most interesting men.

Listen to the full interview of Joe’s activity filled life below: