On any given weekday morning, you can see the long line for Einstein Bros. Bagels before you even walk into Merion Hall. Despite the stress the workers might feel behind the counter, they hardly show it, flashing students a smile along with every bagel they hand out.

Though we see the same workers every day, we hardly ever take the time to get to know them. For this reason, we decided to sit down with Doris Mitchell of Einstein’s. 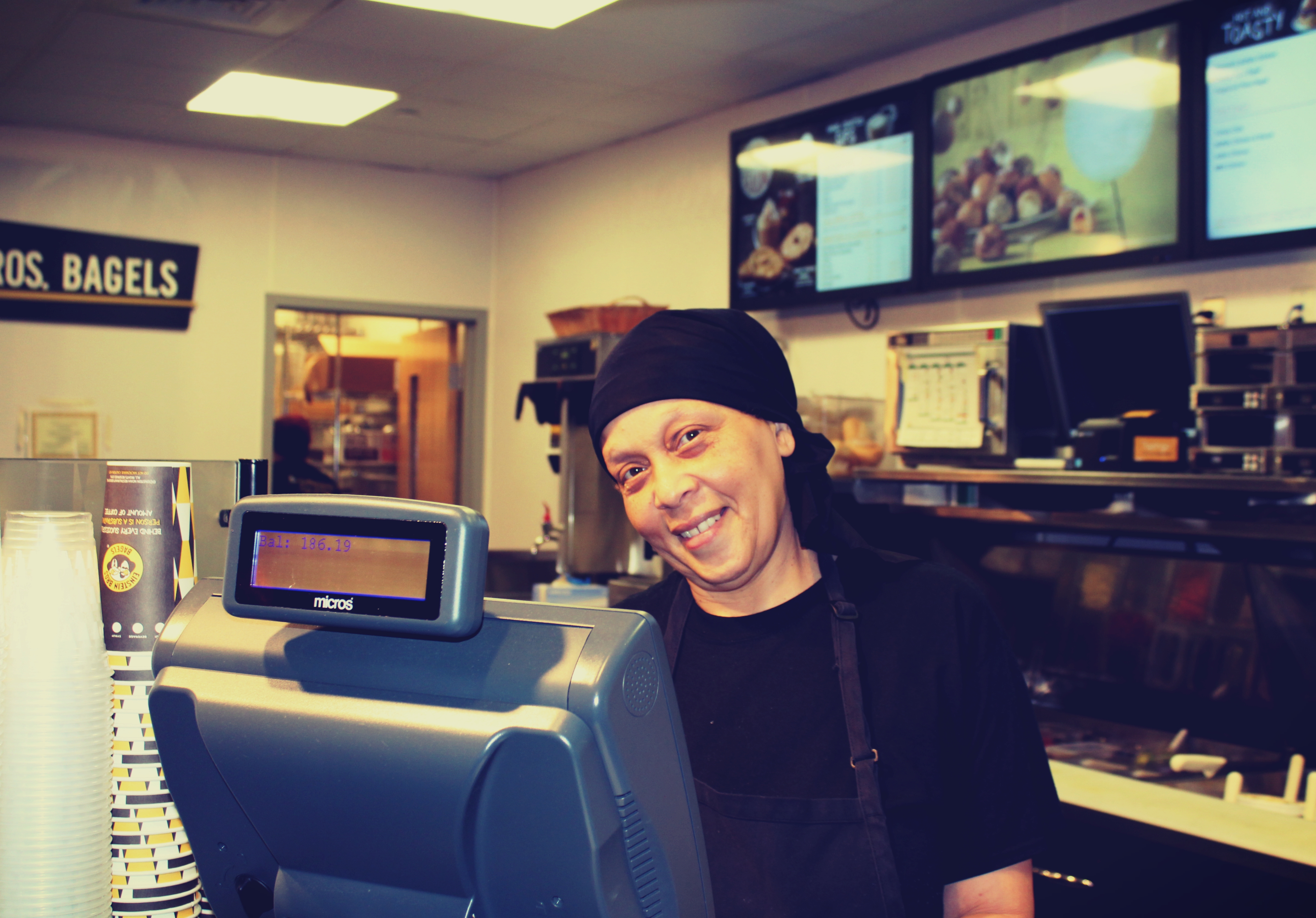 Doris has worked at Saint Joseph’s University for six and a half years, starting out in the P.O.D convenience store and later moving to Einstein’s when it opened two years ago. Before working at St. Joe’s, she worked at a Ballpark Hot Dogs before the store relocated to Ohio.

Doris says her favorite part about working at Einstein’s is the bagels, because she loves them. She also loves her co-workers.

“We’re a team, we work together really well. We all get along.” 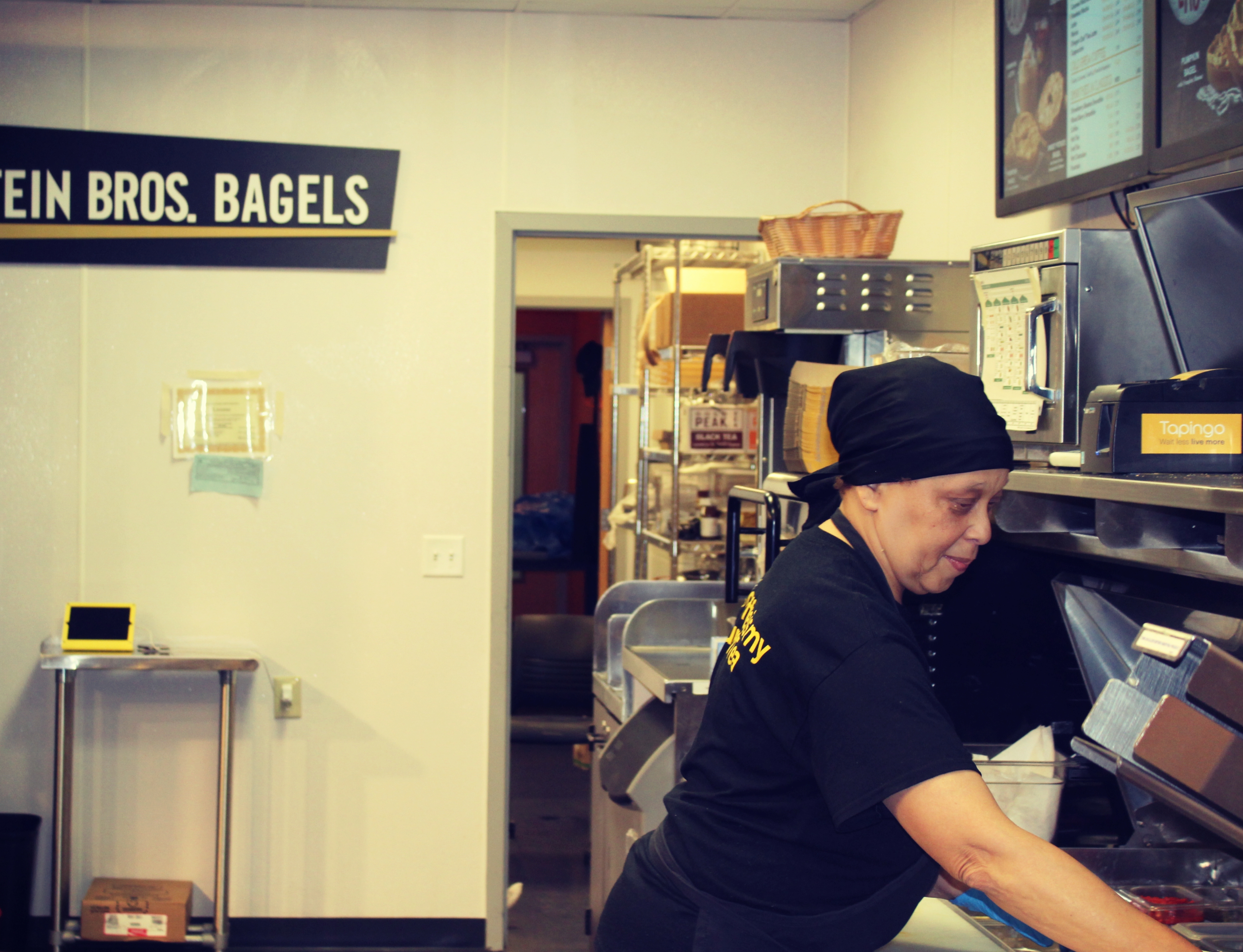 Other than the delicious bagels, Doris recommends the buffalo tostinis and the turkey bacon avocado sandwich. She says the weirdest order someone has ever asked for was a bagel with smoked salmon and butter! Check out these items and peruse some of their other options on Einstein’s full menu.

While Doris mostly enjoys working at St. Joe’s, there are a few things that annoy her.

“Sometimes when students snatch the bags. That gets underneath my skin. And when they put the money on the counter. You have some students who are really pleasant and nice, but then you have some that’ll snatch from you.” 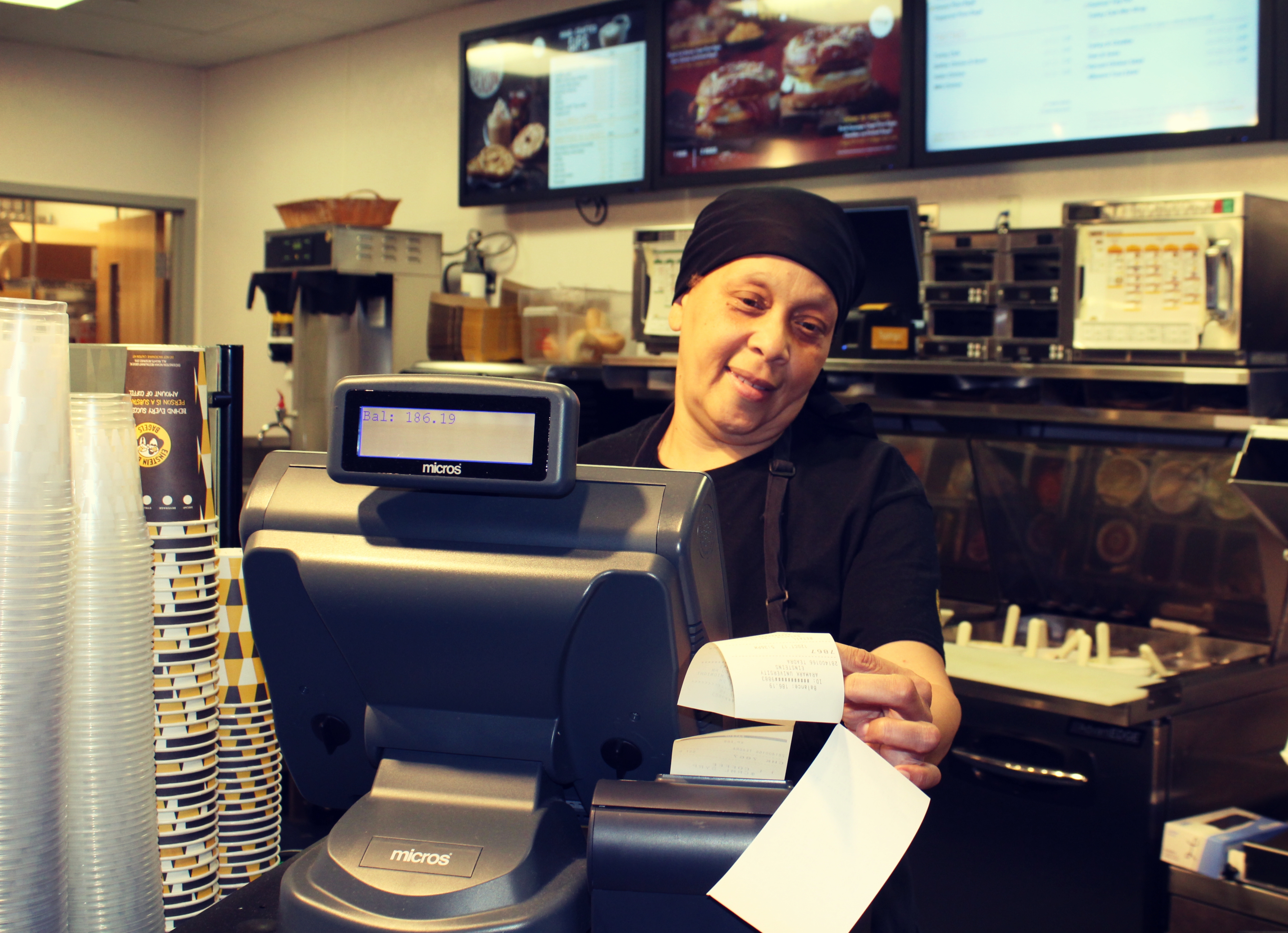 Doris is no stranger to the Philadelphia area, as she has lived in West Philly for 30 years. Outside of work, her favorite things to do include shopping at the King of Prussia Mall and going to Harrah’s casino. Her favorite slot machine at the casino is called “double diamonds,” and she also likes to play poker.

“I’m not that good at poker, I’m just learning.”

She also has three kids whose names all start with K’s, similar to the Kardashian family.

Next time you make your morning trip to Einstein’s (or if you’re in need of a casino buddy), make sure you say hello to Doris and the rest of the team! Check out Einstein’s hours to know when to find her there – she’s almost always working! 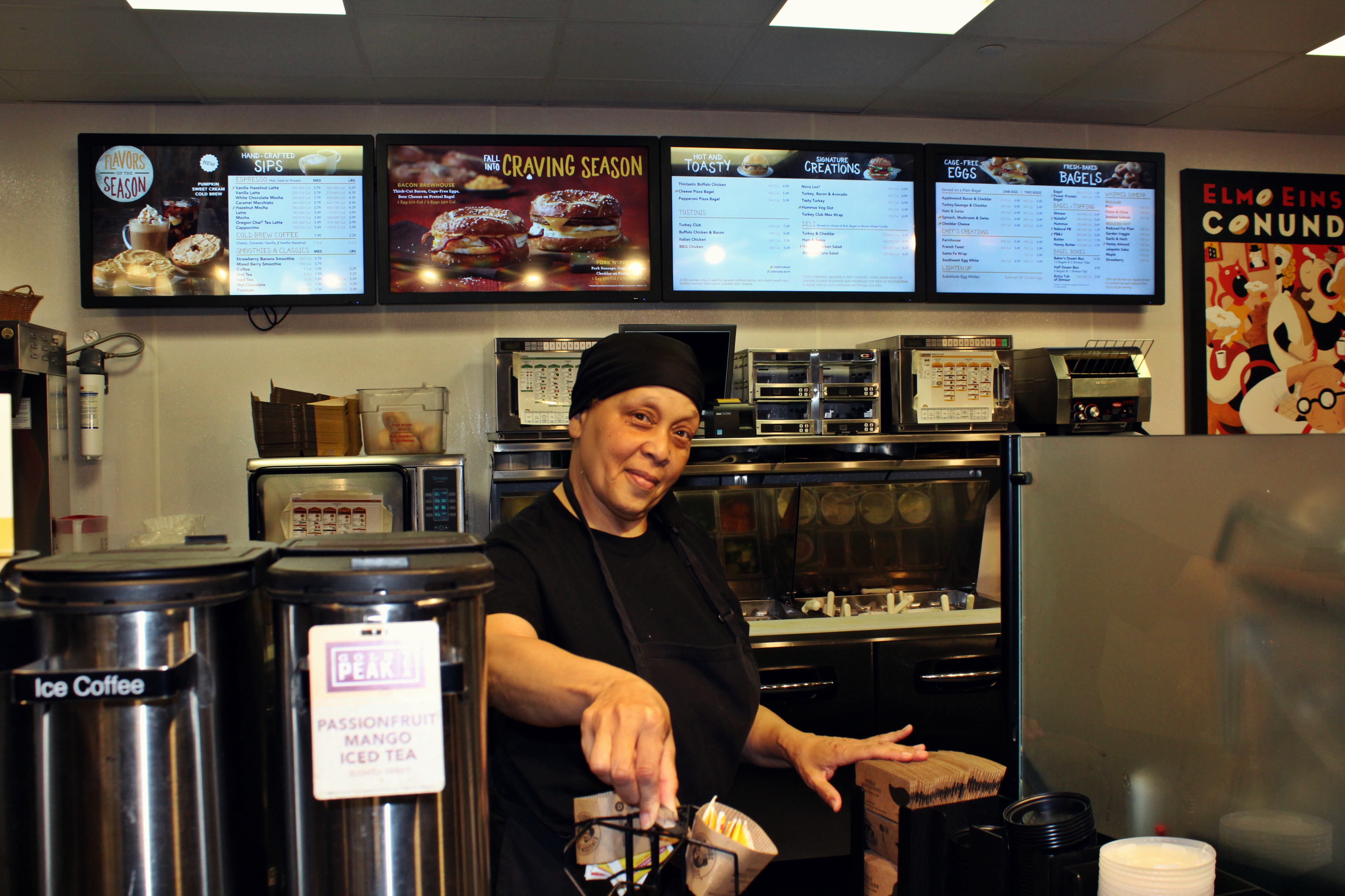