Who is The Hawk? Saint Joseph’s University’s mascot is often a hot topic of conversation on campus and even at other schools during away games. Many will be surprised to learn that The Hawk is actually a woman. Asia Whittenberger, senior sociology and communications double major, gives us an insight as to what her life is like in her third season as The Hawk. 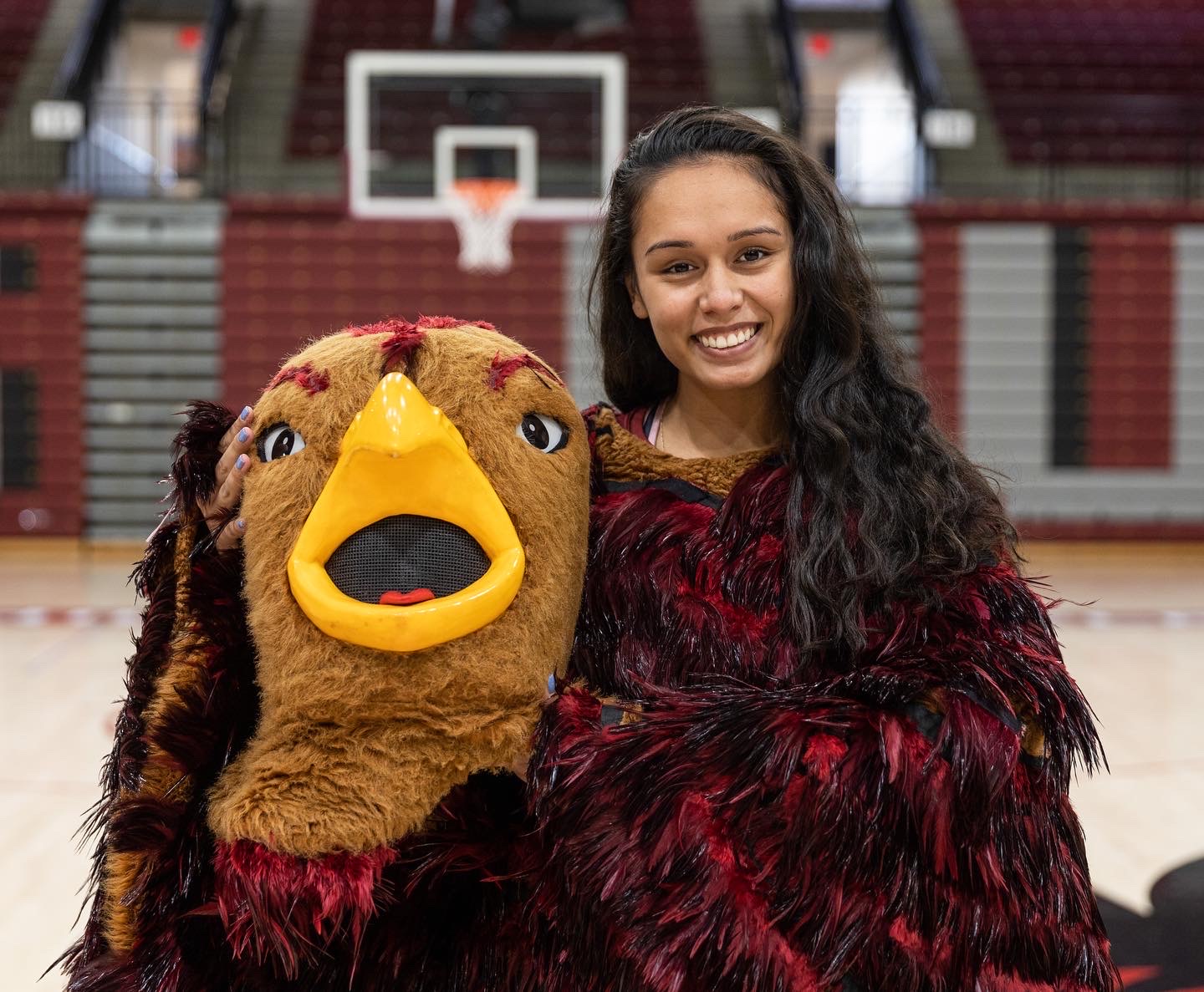 After receiving too many concussions, Whittenberger had to make the difficult decision to stop playing soccer for the Saint Joseph’s Women’s soccer team. Whittenberger is passionate about Saint Joe’s and found out from Jack Jumper, Athletic Communications Department, that the university was looking for another Hawk. She knew that this position would help keep her actively involved in SJU Athletics.

For those who don’t know, The Hawk is required to flap its wings for the entirety of basketball games, including half time and timeouts, which is why our mascot is so unique. ESPN even did a feature on The Hawk a few years back with a “flap-o-meter” and estimated that The Hawk “flaps its wings 3,500 times during a regulation game.” Whittenberger herself did not know this and said, “If I’m being honest, I did not know The Hawk had to flap the whole game or run figure eights around the court at halftime before I inquired about the role. I learned that the same day I accepted.”

Aside from being a full time student and The Hawk, Whittenberger is a Head RA and a Writing Center tutor. When asked how she balances all of these roles on campus while still being able to put herself and her mental health as a top priority, she said “it’s possible because I enjoy everything I do. Truly. I say no to activities that don’t make me happy, I don’t have the time for, or do not serve the future of my professional life or well-being.” Whittenberger’s school spirit and work ethic within her campus involvement is inspiring and does not go unnoticed.

As you can imagine, being The Hawk is not an easy job. As Whittenberger says herself, “after every home game my body feels like it got run over by a truck since I have to flap and run around the court during timeouts.” The needed strength to have the job of The Hawk is like no other.

The Hawk also travels to away games with the team. Whittenberger said, “traveling has also given me some of my best friends because of all the time we’ve spent together. When the school year is hectic and I don’t get to see them as much as I’d love to, planes, buses, and hotels force us to be with each other and it is so much fun.” Traveling is an awesome opportunity that comes along with being The Hawk. Away games are often a fun experience for The Hawk, but there are downsides such as when “The Villanova Wildcat shoved [her] in the chest and [she] couldn’t do anything back because [she] didn’t want to get in trouble.”

As all hawks are, Whittenberger is full of school spirit and does a wonderful job of representing our school’s spirit at all games. She also notes that “the role brings [her] so much joy and fulfillment because it makes other people happy.” With the 2021-2022 basketball season starting in the coming weeks, make sure to wave to the coolest mascot out there. To keep up with The Hawk and all of her adventures make sure to follow The Hawk on Instagram. 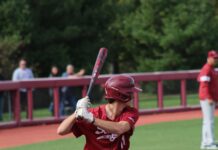 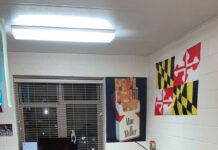 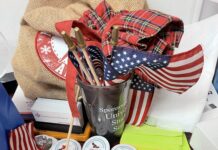