While sitting back and making the decision to watch foreign television is not often the first choice of content for most individuals, it is very important for us as media consumers to be open minded to new formats, genres, and stylizations of content. The most common problem when viewing foreign films and shows however, is the incompatibility of language and culture differences between countries. Because of these differences, it can be quite difficult to attract the attention of a separate country’s viewers if the show is largely based and directed towards one specific country’s culture. Despite this, the Netflix producers of the show Money Heist, have done an excellent job at promoting the four seasons upon their respective release dates. As a result the show has amassed over 65 million views across the households of its subscribers.

For those who wish to increase their knowledge of the Spanish language, this show is certainly perfect for them. Throughout the show’s current four seasons on Netflix, viewers are certainly able to grasp a better general understanding of important vocabulary words while following along with the subtitles in their desired languages. One thing to note when viewing the show, however, is that the series is spoken entirely in European Spanish. As a result, those who are wishing to learn Spanish in a different dialect (such as Latin American Spanish) should be well aware of the differences before continuing. Another reason why viewers wishing to learn Spanish should watch the show is because the script covers many different styles of speaking in Spanish. Aside from the European dialects, the show’s script covers many informal scenes between actors, to the more serious, courtroom-like scenarios.

Aside from the ongoing heist-plot, the show takes time to construct relationships between the characters. While some are expressed as healthy relationships, the constant stress put on the main group of criminals is surly enough to rapidly manipulate their emotions and actions. While the character development is certainly detailed, I do believe that the success of the show can be largely attributed to the show’s ability to create suspense within their viewers. Alongside the presented suspense and drama, the show has further continued to amaze subscribers by subverting the presented expectations.

The writing of the show does this in such a way that viewers are able to imagine themselves in the shoes of their favorite characters, making viewers pose the question of what they would do in the characters’ varying situations. One issue with this however, is if you’re the type of viewer that demands realism in his content, it might be hard to get over some of the more unrealistic aspects of the show. These improbable actions include the characters somehow always being one step ahead of law enforcement, even when things are commonly not in favor for the group of criminals. Regardless, the convincing acting abilities as well as situations are what truly lead me to be interested in this four part Spanish crime series.

One of the most recurring complaints towards the show by critics is that it leaves viewers with many unanswered questions that could have simply been explained throughout addition of some minor details. Some of these undelivered explanations include how the group of criminals was able to have access to such high level military grade weapons while also hacking into the security system of one of the most secure banks in all of Europe. Because the show’s producers spent more time worrying about the character development rather than an explanation of the show viewers were left very puzzled to certain attributes throughout the events of the series. In efforts to disguise some of the obvious plot holes, it seems as if writers ad unnecessary details to trick the viewers into making the show more believable throughout the film,

Being an avid consumer of media content such as movies and television can often be quite frustrating, especially when producers inhibit their content by going out of their way to shape the traditional formula in efforts to bring innovation. I believe that because the producers of Money Heist chose to put so much effort into separating the show from your traditional heist film, they lost the main aspect of having that aspect which initially hooked me into watching. 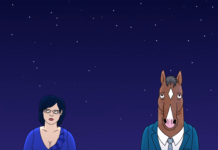 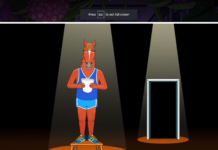 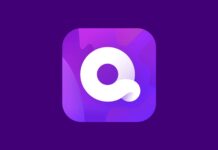