With the increase and want for new technology, there has been an increase in “screen time” for all generations, specifically ages 5-18. What I mean by screen time, is the amount of time someone spends on an iPad/phone/computer. In this article, we will look at a shift in student’s attention, an SJU student’s experience with setting limits for herself as to how much time she spends on specific social media apps, and what Hayles has to say about this shift!

All generations seem to be in the midst of shifting their cognitive styles and attention at all education levels. In the Hayles article, she mentions that there are two types of attention, deep attention, and hyper attention. Deep attention is the concentration on a single object/task for a long period of time. Hyper attention is the ability to work rapidly on multiple tasks at once. People use both types of attention depending on an event’s circumstances;  how intense the person has to focus on and how many things they need to focus on at once. Students are being heavily distracted from school work as they are watching tv and going on social media while learning or doing homework. ADD and ADHD are rising in many industrialized countries. This has genetic causes that relate to dopamine transporters and the brain’s inability to produce dopamine.

On April 13, we conducted an interview with Megan Dougherty. Megan is a senior IHS student at Saint Joseph’s University who will be attending Villanova and will be participating in their nursing program next year. While interviewing Megan regarding her screen time, we found that she has a limit set on her phone as to how long she can spend on social media apps, specifically TikTok and Instagram. Megan admitted to spending upwards of 5-6 hours a day, previous to the new limit she has. As well as many other people, she felt that she was wasting too much time on her phone and would easily lose track of time on social media. The apple screen time notification is what motivated her to set a limit on her phone use. She has set a new limit on her phone to only use TikTok and Instagram for only 3 hours per day, maximizing out those 3 hours.

From the interview, we have found that setting a limit on how much time you can spend on social media, can have positive outcomes. One major outcome from Megan decreasing her use of social media has allowed her attention to shift from hyper attention to deep attention, allowing her to focus on one thing for a long period of time. Hayles would say that the less “screen time: someone uses, the more common it is for them to have deep attention. Without a limit on how long someone can use their phone, it is easy to get carried away and distracted! Another outcome of cutting back on screen time is that you will be less distracted. It may motivate students to focus on their schoolwork without their phones disrupting them!

How to Limit Screen Time on Phone

Directions: Go into your setting on your iPhone, click on “Screen Time”, and then proceed to screen time password to set up your personalized limits!

Below in the first chart, you will see how much time a person is predicted to have spent on these five main social media platforms in a lifetime: Instagram, Snapchat, Twitter, Youtube and Facebook. The second chart shows the minutes per day an average person spends on social networking on their phones. These charts are presumed to increase as time goes on and we will see more and more people using phones and social media at younger ages!

It is important for people, especially students to be aware of how much screen time they are spending on social media daily. Limiting screen time will hopefully result in the ability to focus better and have more of a deep attention span rather than hyper. We hope that with the information that was provided, SJU students can have the resources they need to limit screen time! 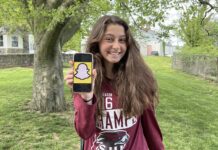 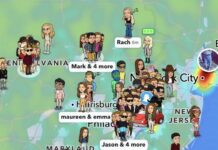 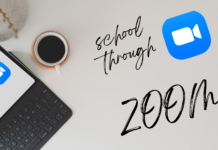