If you are an iPhone or Android user then you most likely have had to make the decision of placing your phone in light mode, dark mode, or switching between the two systems. When we surveyed instagram to see some of the reasoning as to why our followers have their phone set in a specific mode, we received answers like, “I’m used to it” and “It’s the way my phone came”. However, as a user do you even understand what the different settings do or what the pros and cons are of each mode? Well have no fear because below we will highlight the difference between the two modes, and how constant users of tech each affects us. 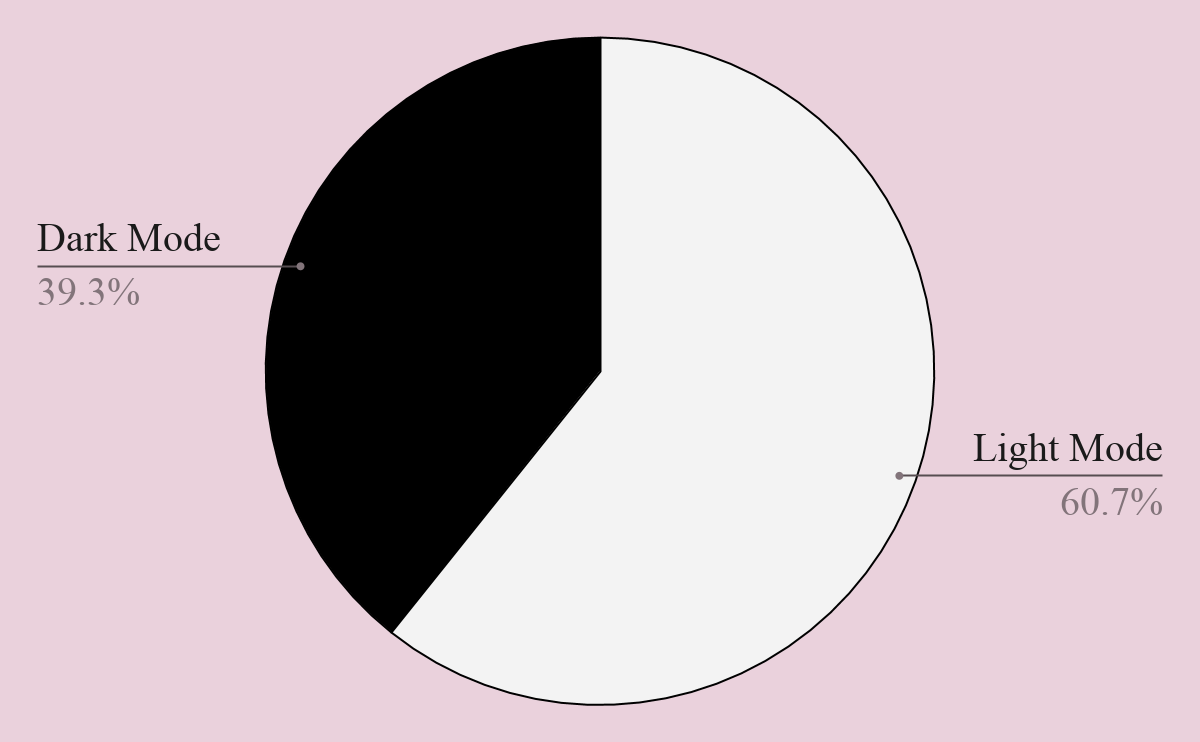 In 2018, Android introduced a dark mode feature preceding Apple’s release with their IOS 13 update. The new feature was advertised as keeping your phone battery alive longer, allowing the user to stay more focused on work, reduce eye strain, and improve visibility. It was the miracle answer to everyone who feared the over usage of bluelight and future bad eyesight. Even on our instagram poll, one user commented saying that it “doesn’t seem as harsh on my eyes”. However, dark mode does not actually help visibility and eyesight, it does the opposite. The only claim it fulfills is saving battery power. The human eyes prefer and are used to reading dark text on light backgrounds. In dark mode the phone features switch to a dark background with light text. This makes it actually harder and more difficult for human eyes to process what is in front of them, creating more of a strain on the eyes.

Screenshot of Dark Mode in Settings from Hannah Madeya’s iPhone

When computers were first created the screen background was green with white text, however, researchers discovered that this layout was harsh on the eyes and made people less productive. Companies moved away from light on dark to dark on light, or better known as light mode. Light mode works similarly to how we see things in everyday life. When outside the sun shines down lighting up everything we see, similar to on our phones, the white background lights up the text we read. It is easier to read small text in light mode and less likely for a user to misread or skip over text while reading in light mode. Yes, light mode can also lead to headaches, sore eyes, and vision problems just like dark mode, but it is actually recommended more than dark mode is.

Screenshot of Light Mode in Settings from Hannah Madeya’s iPhone

Which Version is Better? 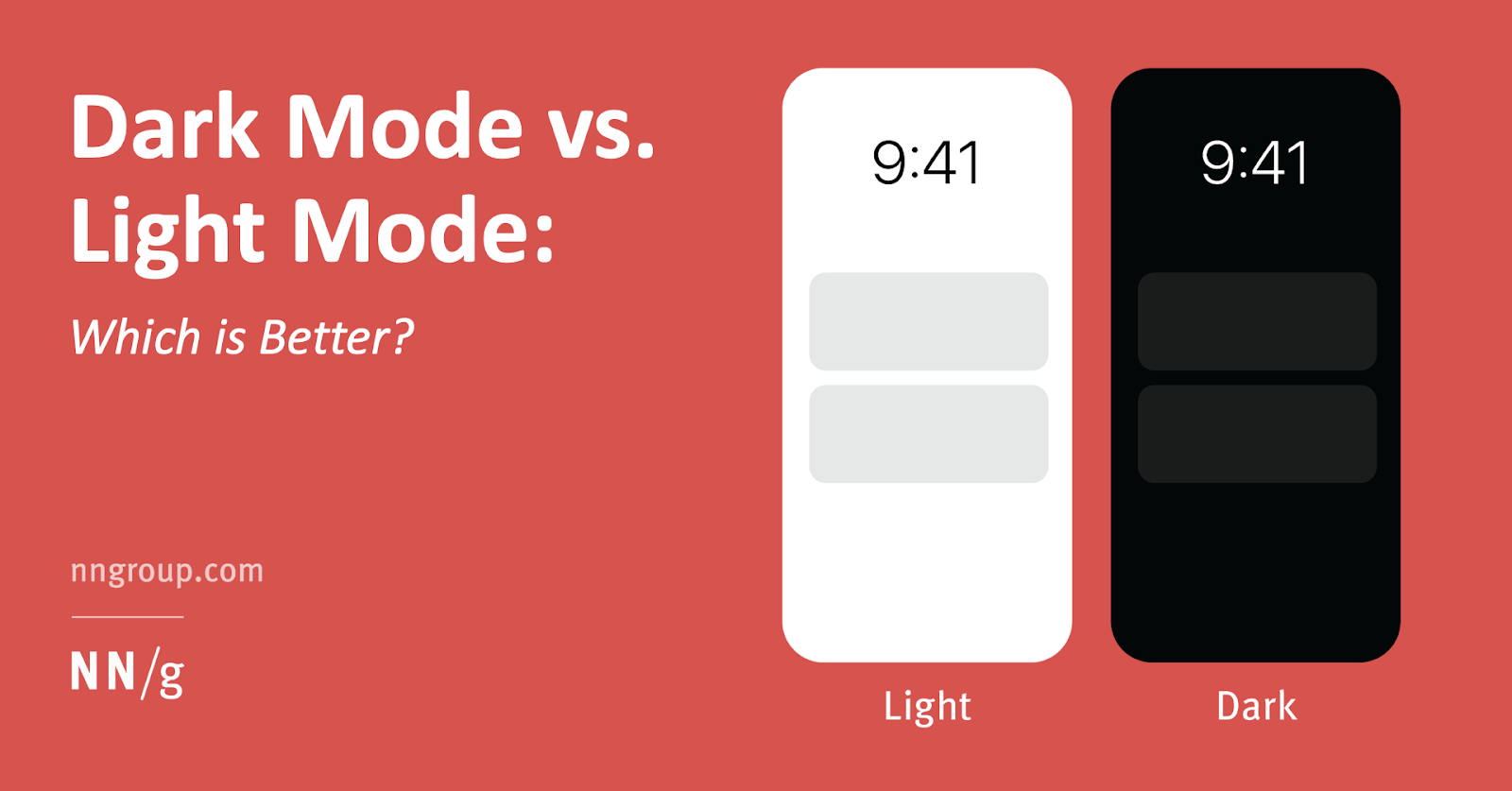 It has also been found that some people with different eye impairments do better with dark mode screens. So when it comes down to it, it is simply the users preference. However, next time someone asks you why you have your screen mode set to the one you use, you may now have an answer. Now, all that being said, whether you are staring at a light mode screen or a dark mode screen all day your eyes will be affected to some extent. We have created a culture where we needed to create light and dark modes to lessen the strain of endless hours of screen time. Instead of finding the best mode, should we just be taking a break from our phones?