Everybody gets ghosted. It just happens. You can be the most beautiful dude alive or your sense of humor will bring tears to the eyes of the most serious individuals and someone can still decide one day that they don’t want to mess with you anymore. It’s a part of dating as a 20-something. Seeing that there’s no way to dodge it, you might as well be aware of the signs to see what’s happening before you get your feelings hurt.

1. Getting left on read
This one is first and foremost. If you’re texting and catch that read receipt before the conversation is over, that is a literal READ flag.

2. Dry texts (one word)
“Haha,” “Cool,” “Alright,” “Yeah,” all go to show that the person you’re talking to wants the conversation to end, but they don’t want to be the one to end it.

3. “Emphasizing” messages
iMessage introduced a new feature recently in which you can “emphasize” a message; give it a heart or a thumbs up or whatever, instead of responding to it. Some people consider this a response but just thumbing something up instead of formulating an actual response is a low key way to show that the person you’re talking to is not really trying to make an effort to talk to you.

4. Leaving your Snapchats on open

Everyone has felt that pang of disappointment seeing that little empty sideways triangle. It is the twenty-first century symbol of rejection.

5. Just saying good morning and goodnight
This is a harder one to catch. The person is pretty much done with you, but completely cutting you off is a daunting prospect to them. Instead they hit you with the “good morning” and the “goodnight” to continue to act like they’re not ghosting you (but they are).

6. Unfollowing you
This one really needs no explanation. They unfollow you online, they are 110% done with you in real life.

7. “Sorry I was busy”
We all get busy, but being hit with the “sorry I’m busy” all the time is definitely a sign that something is up.

Every time someone leaves you on read or emphasizes your texts, they’re not necessarily trying to get rid of you, but keep your eyes open for the classic signs of g h o s t i n g. 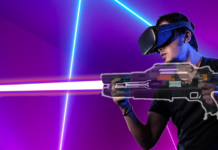 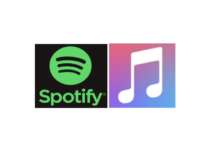 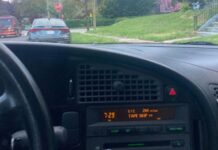