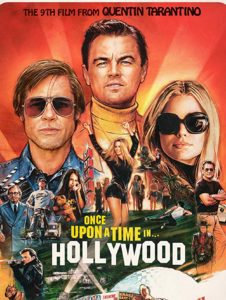 Once Upon a time… in Hollywood may be Quentin Tarantino’s best work to date. Capturing Hollywood in the late 60’s, in an ever changing political climate, Tarantino creates an atmosphere of rebellion, cynicism and glamour all wrapped up in his very own Tarantino way.

Once Upon a time… in Hollywood centers around Rick Dalton (Leonardo DiCaprio) and his trusty stunt double Cliff Booth (Brad Pitt) as they ascend into mediocrity of the classic Hollywood western. With a checkered past, Rick finds it hard to bring Cliff around but in the end of the day are best friends and take on the same struggles of trying to find passion and meaning in the changing atmosphere of the late 60’s.

Tarantino establishes the story in his own classic way, subverting real history and in his own messed up way; righting the atrocities that we have unfortunately had to bear witness to. Just as Tarantino’s Inglourious Basterds changed history for the better, by having the Basterds kill Adolf Hitler and his high ranking members; Once Upon a time in Hollywood creates alternative narratives to the Manson family murders.

Tarantino shines in this aspects as he takes the gritty atmosphere and adds his own bit of violence and dialogue to re-tell history in perhaps a more interesting way. It has been suggested among many Tarantino fans that all his work takes place in the same universe. From recasting actors over and over to the brands and events that are casually littered throughout his work Tarantino definitely doesn’t hide the fact that: Perhaps all his movies do take place in the same world?

But the question still lies: Is this his best work yet? Obviously a steller cast is not alien to Tarantino’s fans. If hes not casting a well known and respected actor he is turning one into a household name. Both Leo and Pitt play their roles exceptionally, and honestly show case a very different form of their craft not residing their typical roles but playing very layered characters that we may not all agree with. Margaret Qualley also resides an excellent role as the hippie and love interest. Although she is not as well known I would say that she is a true selling point to the time period and is the catalyst for the events to roll out.

In regards to Tarantino’s other films I think this one feels more polished and honest to him as a person. Less bad ass but more honest with his audience, Tarantino address very serous points and subverts our expectations with allowing us to step up to him and his actors level; talking to us not as viewers but peers. As Tarantino gets older I believe it has become obvious of him as a phenomenon. Tarantino movies are suppose to be action packed, witty and humorous dialog that treads the lines of two intoxicated roommates talking about opening up a bar and poetic Shakespeare dialog for aspiring actors to recite for ages. But this movie feels lack luster; not bad, in fact far from it but feels as though Tarantino himself is taking a step back to look and join us in the phenomenon that is him.

With awards coming up soon I wouldn’t find it hard to believe that it will be nominated. I think Tarantino 9th film is a masterpiece in a very surreal sense. It may not win awards today but I think this is Tarantino’s most honest film and when enough time has past perhaps when he has retired we will recall: Once Upon a Time… in Hollywood. 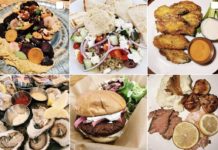 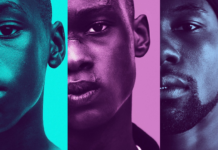 Views From The Moonlight 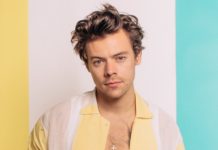