Everyday, we listen to the same music over and over. Personally, I struggle to find a new band that I like and actually enjoy every piece of music they have. Relatable right? It is common today to want to find the best new music out there and be the first to show a friend. Here, we are about to help you out. We have found what we think are the top 3 underground and relatively unknown bands in Philly.

Keith Banquer, Dave Zielinski, and Evan Palmieri are the band members that make up The Cluster Flies. In August 2014, the band was born into the genre of alternative punk rock in the suburbs of Connecticut. Now based in Philadelphia, the band pulls inspiration from other artists like Young the Giant, John Mayer, Pearl Jam, and Drake. The Cluster Flies has an album that was released in September 2016 named “Five” that revolves around these influences and produces their own unique sound.

Forming in Philadelphian suburbia in 2014, Brick Nova channels their inner Nirvana and Red Hot Chili Peppers to bring a “garage-esque” power pop, rock, punk, and alternative sound that is their own. In August of 2016, Paul Dallas, Eric Lesinski, Jared Filer, and Tom Drakeford debuted their LP On The Move. Since then they have been travelling throughout Pennsylvania to many different colleges, including our very own Saint Joes, while practicing and recording, to release their second album, Play Dead, that was released in June 2018. Rock’n’Roll fans you are about to find your new favorite band. Check out Brick Nova’s most played song, Montana, here.

If you like other bands like Nowadays or Blubird, you are sure to like Americanadian. Americanadian, a Philly native band, did not start out as a band. Serena Scalzi rhythm/lead/vox of Americanadian, wrote, sang, and produced her own music and published this on Bandcamp under the name of Americanadian in 2015. She would release the music but would not really do much else. Soon enough she craved more and wanted to form a band. Drummer Nina Fuchs, guitarist Michael Algarra, keyboardist Abby Woodcock, and bassist Hank Bylerly became one in 2017 and have soared into the genre of dream pop and indie rock. Their most recent album, Nowacanadian, was released earlier this year and has attracted more attention to the band.

Check out these cool bands and share them with your friends. Maybe we can help these bands come out from under! 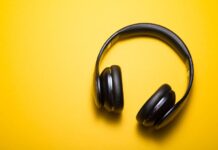 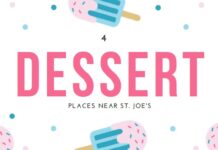 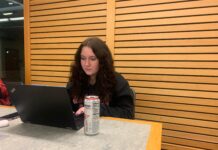