Nobody gets through Thanksgiving dinner unscathed.

Whether its burning the turkey, spilling the cranberry sauce, or getting into a fight with your drunk uncle, everyone has some kind of crazy Thanksgiving story to tell. It just comes with the holiday. Think you’re the only one with an embarrassing story? Well get a hold of these crazy Thanksgiving moments.

Ever cooked a turkey for 12 hours? And then proceeded to burn the whole thing? Well I think this story takes the cake on this one. 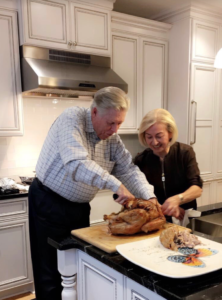 “I just remember being awoken by my aunt and my mom at 4 in the morning yelling at each other, trying to stuff the turkey in the oven,” said sophomore Sophie Escario.

Getting cooking advice from a friend probably isn’t the greatest idea. Especially not when it involves burning a whole turkey. Escario says that thankfully the damage wasn’t too bad, but it was definitely one to put down in the books.

“They cooked it until 4pm and it was…very burnt,” said Escario. 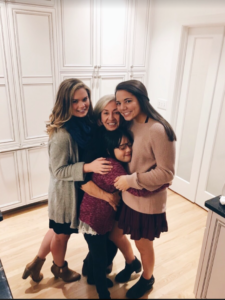 “One year my mom let me make the mashed potatoes,” said sophomore Anna Keppel. But things soon took a turn for the worst.

“I turned around and put them on the table but I tripped and dropped them and they flew up on the ceiling and splattered everywhere,” said the sophomore.

Keppel said that she had even dressed nicely for the occasion, but the potatoes ended up on her as well. Maybe this can be the excuse you need to dress in sweatpants next holiday season?

Whether big or small, Thanksgiving has its share of craziness. Make sure to keep checking on that turkey this holiday season and don’t forget to throw on that pair of sweatpants!