Most college students have access to a Netflix account – 92% in fact. With it being the go-to source of entertainment for many college students, Netflix will definitely come in handy for a Thanksgiving break binge.

Since new releases drop on Netflix every Friday, and the number of their yearly original content has ballooned to 700, quality content tends to get buried under other new releases. Here are a few picks that will surprise you: 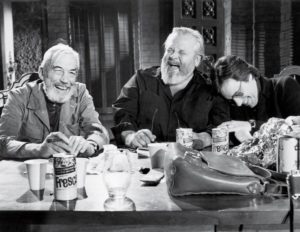 For the film buffs: The Other Side of the Wind

Master filmmaker Orson Welles’ long lost final movie, The Other Side of the Wind, has become something of a legend to film fans. It was lost and uncompleted for years, until Netflix announced that they would be undergoing a restoration on Welles’ final project. The film follows a Hollywood director who emerges from years of retirement with a plan for a new, innovative motion picture project (much like what Welles himself attempted with this film). 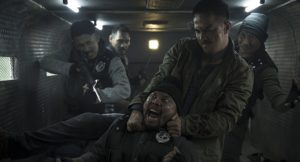 For the action movie fans: The Night Comes for Us

In The Night Comes for Us, an elite triad assassin finds his shot at redemption after sparing a girl’s life during a massacre, becoming a target of assassins, gangsters, and his own brother in doing so. Fists, blood, and limbs are flying from the get-go, and the no-holds barred filmmaking of the Indonesian film industry is presented at its most unrelenting extremes. 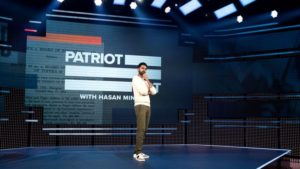 For the politically minded: Patriot Act with Hasan Minhaj

Former Daily Show correspondent Hasan Minhaj upgrades to his own show, ditching the talk show style of The Daily Show for a TED-talk format. Minhaj makes the leap to his own show with political topics like Amazon, Affirmative Action, and Saudi Arabia. New episodes are released on Netflix on Sundays. 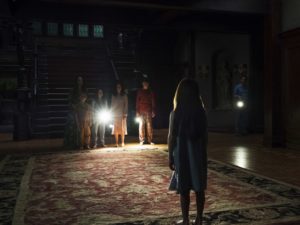 For the horror fans: The Haunting of Hill House

Halloween may have just ended, but your craving for scares probably hasn’t. Check in to The Haunting of Hill House for a slow-burn miniseries about a dysfunctional family confronting their past memories of their old home, and all of the terrifying events and haunting spirits that from it. The full series is currently streaming. 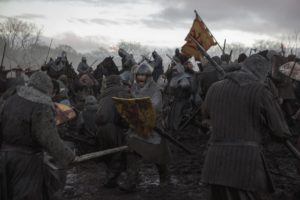 For the medieval crowd: Outlaw King

In Outlaw King, a legendary warrior fights to reclaim Scotland after being forced into exile by the English. Based on a true story, Chris Pine stars as Robert the Bruce, fighting to reclaim the throne in the First War of Scottish Independence. The film opens with an 8-minute long take that will be sure to become a huge hit.

With Thanksgiving break right around the corner, keep these Netflix originals in mind to avoid the black hole of searching for your next movie or show to watch. 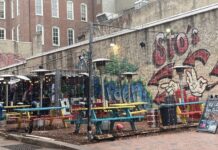 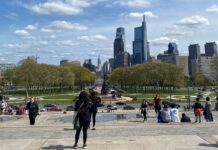 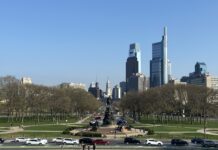