If you want to see all of Philadelphia’s most historic landmarks get a haunted makeover and play mini golf while doing so, head to Franklin Park. During every weekend in October, Franklin Square mini golf embodies the Halloween spirit. After the sun sets, the mini golf course stays open and the spooky decorations come out.

As players weave through the course, they putt through the Love sculpture, follow Rocky’s path as they roll their golf balls up the Art Museum’s steps, and hit a shot through Independence Hall. Like a quick trip through the city, players will see all of Philadelphia’s most famous landmarks in miniature form. Cobwebs drape across the Art Museum, fog spews out of Independence Hall, and a skeleton pops out of the mini Schuylkill River along boathouse row.

Kids, families, and couples of all ages flocked to the Franklin Park Mini Golf course on it’s opening night of spooky, Halloween themed golf. If you’re looking for a way to ring in the beginning of the fall season other than drinking pumpkin spice lattes or carving pumpkins,  consider taking a trip down to Center City and play a round of mini golf under the shadow of City Hall as you putt your way through all of the landmarks across the city. 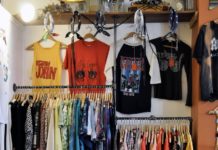 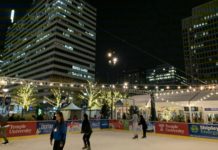 Skate Your Way Into the Holiday Season 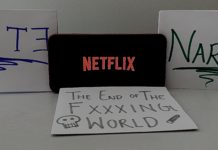 To All the Boys P.S. Do We Still Love You?