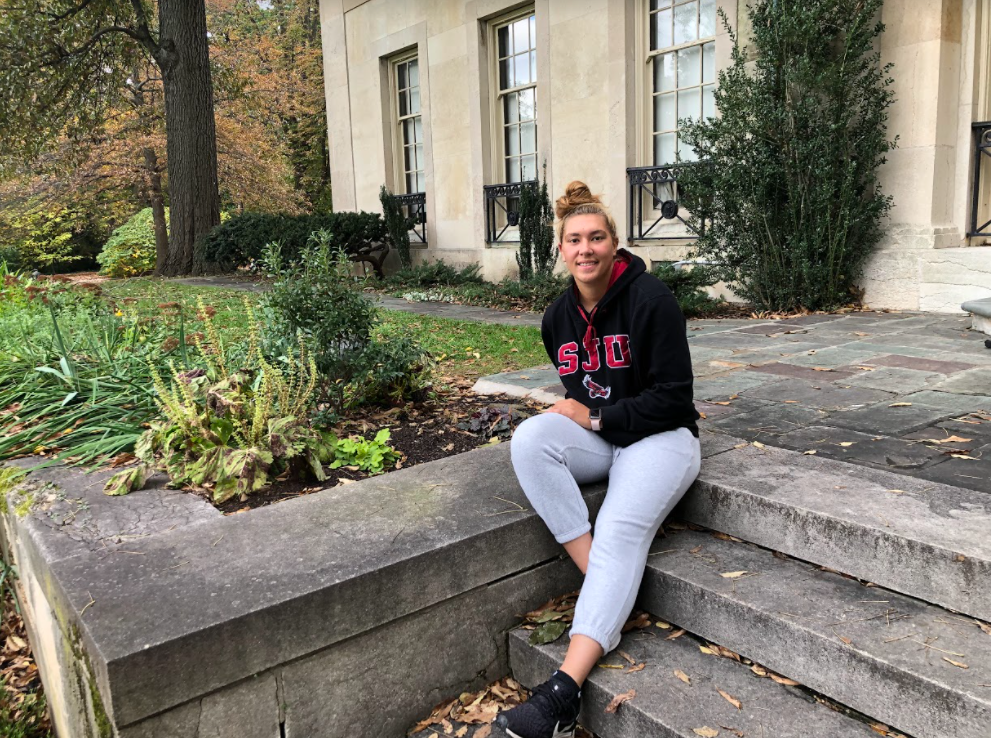 Kathleen had attended Old Dominion University in Norfolk,Virginia before transferring to Saint Joseph’s University. Originally she wanted to transfer due to academics but then soccer became a big reason for her transfer.

Kathleen loves being part of the Saint Joseph’s Women’s Soccer team because she sees the team as a big family that supports each other and represents Saint Joseph’s University. Kathleen has had a lot of memorable games. Her most favorite game is the game against the undefeated VCU which was a huge win that got them into playoffs.

Kathleen says playing Goalkeeper can be hard at times but is a very fun position. She says people call it the “crazy position” because there can be a lot of pressure and responsibility associated with it.

Kathleen’s advice to incoming student athletes she says to always use your resources and stay on top of your school work. She said things like practices, games and lifting can get a little hectic so utilizing resources is very important.