It seems like everyone has a podcast these days. Podcasting is the new wave for communicating to the public, that isn’t radio or television. They have recently grown in popularity within the last five years. Podcasts are new hot commodity, because they are free to anyone who has an iPhone through Apple podcasts. Unlike radio, podcasts aren’t live, so they are perfect for anyone with a busy lifestyle. You can start and stop whenever you want, and don’t have to tune in at a certain time to listen. Usually podcasts come out with a couple episodes a week that you can access at any time you want. Also, another great thing about podcasts, is that they can be unfiltered. They are open to the public, but the people choose if they wanna listen or not.

One specific podcast that has really rose to fame is the “Spittin Chiclets” hockey podcast at Barstool Sports. It is hosted by hockey super fan and longtime Barstool employee Brian McGonagle, but known by the listeners as Rear Admiral or RA. The other two hosts are formers NHL players Ryan Whitney and Paul “BizNasty” Bissonnette. The podcast is produced by Mike Grinnell.

The podcast started from Ryan Whitney firing off a tweet saying he wanted to start a hockey podcast. RA responded and the rest is history. It started just those two at RA’s house recording. The gang then added producer Mike Grinnell to tidy up the audio and the overall podcast, so RA and Whitney could focus more on the show. The podcast then added Bissonnette to the squad after they had him on the show numerous times. Bissonnette is widely known by his famous twitter account BizNasty and also for being an NHL player, not a big deal!

Podcasting is also awesome, because you can record them almost anywhere. The Chiclets crew are from all over. RA and Whit live in Boston, Bissonnette lives in Scottsdale most of the year, and Grinnell is in New York, where Barstool’s headquarters are. They all Skype each other and that’s how most episodes are completed.

There are a bunch of hockey podcasts out there in the media world. But, all the true hockey fans know that Spittin Chiclets reigns supreme. The show has had on some of the biggest names in the NHL and the hockey world. Sydney Crosby, Auston Matthews, and Claude Giroux are just a handful of the many stars this podcast has interviewed. The show also has on non-players like famous actor and director Kevin Connolly, who is a lifelong New York Islanders fan. They also interview Kerry Fraser, who officiated over 2000 NHL games. Another factor that makes this podcast number 1 in the hockey world is the locker room talk, unfiltered takes, and the NHL experience Whitney and Biz bring.

The podcast has really gone from rags to riches in just a few years. This past January the crew spent a week in San Jose for the 2019 NHL All-star game. The banged out interviews with a good chunk of the all-starts out there and had the whole trip sponsored by Budweiser. The crew is doing more of these trips these days, traveling to different cities and interviewing a wide variety of hockey stars past and present. Aside from the upgrade in interviews and content. The show has recently came out with its own drink called the “Pink Whitney” named after and created by host Ryan Whitney. It is made by New Amsterdam Vodka, the presenting sponsor of the show. The drink has been extremely popular once it hit the stores already selling over 1 million bottles, talk about a Chiclets bump!

But, this show is awesome, it’s relatable to those who love hockey, have played hockey, or just enjoy sports and good content. The guys are so invested in the show and just do a great job with every episode. They love their fans and they appreciate the feedback the fans give them. Spittin Chiclets is only going higher and higher, who know’s what the boys have in store for the listeners in the future. The show makes just regular sports guys like me feel like they are one of the guys in the locker just like they were. After each episode, you just want to get the boys together, watch some hockey, shoot the shit, and drink some Pink Whit (if you’re 21). 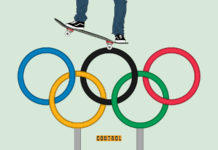 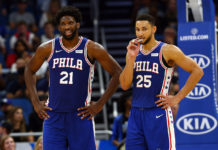 Defense Can Win The Sixers the Finals 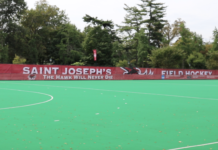 The Highs and Lows Living with a Student Athlete