Melissa MacPherson (Class of 2020) was born into a practicing Methodist family. However, after settling in at Saint Joe’s she found the one thing that she felt was missing: God and the Catholic religion. Missy has always been a faithful person and wanted to explore this deeper; what better chance than as a college student. Missy will be welcomed into the Catholic Church on April 28th. To understand her newfound love for Catholicism at Saint Joe’s, we wanted to ask her a few questions.

How strong was your protestant religion? Were your parents devoted protestants?

In elementary school, I went to Sunday School every Sunday. I really became involved in the church especially in the Chapel Choir and made many friends with the kids in my Sunday School. I soon became very involved in sports (soccer and basketball) which kind of got in the way of church and my family stopped religiously going every Sunday. Then, in 4th grade, I moved churches which was still Methodist but it really impacted how involved I was in this new church. I was more friendly with the kids in my other church and at that point I began coming up with excuses to not go to anymore.

Who welcomed you with open arms in deepening your faith at SJU?/Who or what helped you decide in converting to Catholicism?

There wasn’t a singular moment in which I said, “You know what, I want to be a Catholic”, it more so happened over time. I always felt like something was missing. After switching churches at a young age, I stopped going to church and I most definitely wasn’t a practicing Christian. For a while I didn’t really believe in anything. When I started dating my boyfriend, Michael (Mike Fontana, Class of 2020), he really opened my eyes to the Catholic faith because he really is such a faithful and loving person. Mike wasn’t the reason I converted but I do remember one specific moment in which I asked him, “Would you ever want me to convert” and he shook his head saying, “No, Miss, as long as you are a faithful person that’s all that matters to me”. After reflecting on that conversation I realized I wanted to learn more about the Catholic religion. That feeling and sense of yearning I began to have for a stronger faith wasn’t for a boy. It was for myself.

What’s your favorite thing about Catholicism at SJU?

I love that there is a sense of community. I am most definitely not becoming a Catholic because I hate the Methodist religion, I just grew away from a faith based community in which I always wanted to have. Saint Joe’s gives me a loving faith based community from the welcoming faces at mass I see Sunday and the constant support I feel. I attend RCIA (adult CCD) every Sunday and we have become such a close knit group learning about the Catholic religion which I love. I want to find a church/perish like SJU when I  graduate that gives me a sense of community and togetherness because it is all I ever wanted as a child. 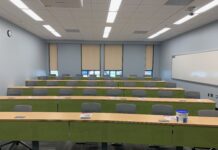 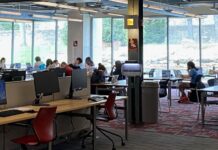 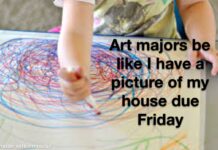