In the wake of the coronavirus pandemic, the things we love, whether that be sports, entertainment, hanging out with friends, etc. have come to a sudden stop, and the music industry is no exception. Whether it be major music festivals and concerts being shut down such as Coachella, or albums and productions being pushed back, the virus seems to be wreaking havoc on the music industry.

Concerts all around the world are being canceled, and artists are being forced to cancel their ongoing tours, something that brings a great deal of remorse for both the artist as well as the fans who were looking forward to seeing them perform. This also greatly affects the artists at hand too, as in some cases these shows and tours are their only real source of revenue. Unfortunately, it is uncertain when we will see a return of concerts and festivals, but all we know is that it won’t be in the near future, as some experts predict that concerts and large social gatherings will not be making a return until 2021. The virus has, for the most part, taken out all possibility of seeing your favorite artist this year, and artists, labels, and venue owners alike scramble to make up for the drastic loss in revenue. On top of that, the production of major albums and projects has also been pushed back, “Entergalactic” by Kid Cudi and the new unnamed Kendrick Lamar album just to name a few. These projects have been pushed back due to social distancing, as large scale studio albums require lots of hands-on deck, something not possible if you’re legally supposed to stay in your house. This leaves fans disappointed, as they were undoubtedly looking forward to listening to these new albums, and will, unfortunately, have to wait much longer, with Cudi’s album (and accompanying Netflix series) being pushed back to as early as summer next year.

However, despite these issues, there are lots of things artists are doing that are helping fans get through this difficult time. For starters, given the time in solitude, artists are creating now more than ever. Apps such as Soundrop have seen surges of activity, as independent artists are using their time to create and create even more. Since the beginning of social distancing, streaming services that cater to unsigned artists, such as Soundrop, are seeing surges of activity, as more and more tracks are being posted daily, and more and more unheard acts are starting to find their way into the spotlight.

Another thing some artists are doing to ease the pain is “living room concerts” where artists will go on live stream and perform some of their biggest hits. This is done either by the artists going live on their social media, or larger events run by companies such as iHeartRadio. This is something fellow HawkChill writer Margaret Brennen wrote about, stating “Fox aired The iHeartRadio Living Room Concert for America, named appropriately for the performers who were performing at their home pianos or from lounging on their sofa. The hour-long event was hosted by Sir Elton John and featured artists from a variety of genres and eras, including the Backstreet Boys, Billie Joe Armstrong of Green Day, and Billie Eilish.” Live stream concerts aren’t the only way either, with rap superstar Travis Scott scheduled to do five separate concerts through the popular game “Fortnite” titled “Astronomical”, in which he will perform a new track and deliver fans what’s described as an “out of world experience” taking place entirely, and safely, within the game.

Despite the concert and album cancelations, the music industry seems to be adapting well to our sudden change in atmosphere, with more and more independent artists releasing music, and more and more stars finding ways to keep their fans entertained. As for music fans, we can only pray that concerts are brought back soon, but in the meantime, it seems that we’ll be just fine. 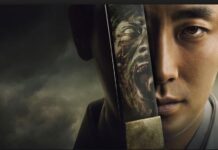 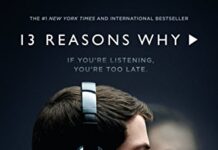 The Struggle of Existence in ‘F is For Family’