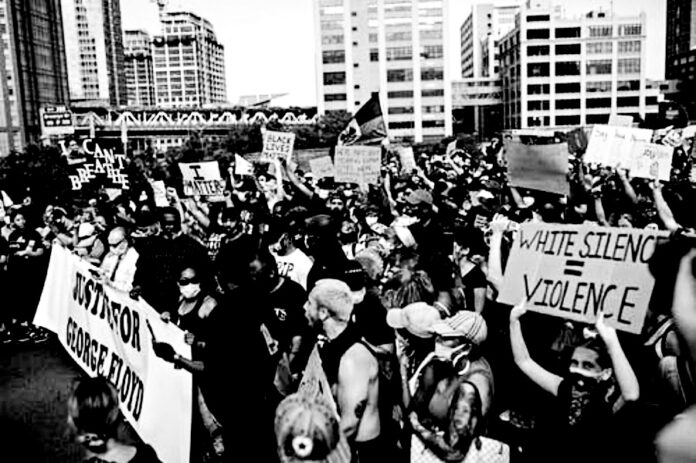 Imagine being somewhere, most likely performing some errands, going shopping, or simply just being out the house. Imagine a team of police officers randomly accusing you of doing something and unjustly manhandling you. Imagine one of those officers kneeling on your neck, as you desperately gasp for air, hoping that they can hear every cry of “I can’t breathe” and at least someone can save you. Imagine realizing that each gasp of air could be your last breath. Imagine the incident being recorded just to possibly become another hashtag on social media. Imagine the community having to fight for your justice, while other people try to justify your fate. In other words, imagine being George Floyd.

For the past few weeks, we’ve awaited to hear the verdict of officer Derek Chauvin, who killed George Floyd, making him another victim of police brutality and another victim. The final verdict states that Derek Chauvin has been found guilty of third-degree murder, second-degree murder, and second-degree manslaughter. While a lot of us are celebrating to finally get some kind of justice for unjust police killings, there’s still more work to be done. While George Floyd’s situation may be a huge event that caught a lot of our eyes, especially with the huge trial that occurred, he’s not the only person whose unjust death should receive a numerous amount of attention. There are still people who’ve been killed by officers and aren’t receiving the justice they deserve, such as Breonna Taylor and Daunte Wright, just to name a few. According to PNAS, African Americans are more at risk of being killed by police use of force. According to Public Scholar, Renee Ater, 200+ individuals have been unjustly killed by officers. Police brutality, racism, and injustice still exists. There are so many other officers who should be receiving the same treatment that Derek Chauvin received.

In the Saint Joseph’s University community, these events aren’t ignored. There have been plenty of protests and events held by the Black Student Union and other SJU organizations. While these protests and social events helped spread awareness to the injustice in America, I wanted to receive a personal understanding from a diverse group of SJU students that I’m very good friends with. I asked a few SJU students to give their opinion upon the event involving George Floyd and Derek Chauvin, as well as their beliefs towards the existence of social injustice and racism. Purposely, I wanted some kind of diversity when asking. 50% of the students I asked were identified as African American (or a person of color) and the other 50% were outside of that race (mainly white American). I had assumed that there would be similar answers, but somewhat different takes. Here are some of the things each student said that stood out.

“People should be treated equally no matter what race/ethnicity you are. We are all human and it makes me angry when I hear about things like this happening in our world. We are all one.”

“Racism can still be found at SJU, in our police/military, our health care system, our education system (white wash education). The situation between George Floyd and Derek Chauvin does not personally affect me, because I do not live in Minneapolis but I am a white woman that goes to a school in west philadelphia, and this trial affects me by understanding my white privilege and respecting the community I live in (on and off campus). “

“I may not be a person of color, however I am appalled at these immoral acts of hatred. I have a lot of loved ones of color and I can’t begin to imagine how they all feel as well as the fear that is instilled in behaving or acting a certain way in regards to police officers.”

“As a black male who grew up in Philadelphia, the police taught me that they were never on our side or even our enemies so I always had a bad feeling towards cops. This situation mainly brought awareness to the world that the police constantly abuse their power with little to no repercussion and that we have had enough.”

“It affects me because this type of thing could’ve happened to me or even anyone that I know as well. Yes I still think racism and injustice still exist but it’s a lot of things pertaining to these actions that still get overlooked and not as much coverage as it should. I do want to say more, but not many people will see my opinion for what it is.”

“This affects me because when we protest and riot, or simply just take these issues to the streets, we are applying pressure and showing that we won’t sit down and take it anymore. If you believe that racism still exists, you are simply color blind and a problem to the situation!”

From these quotes, as well as the small interviews as a whole, here’s what I found evident: while African Americans are obviously more affected by these incidents because they know it can happen to them, people of other races still understand that racism and injustice in the black and brown community still exists, and there’s no reason as to why people in America aren’t ALL being treated as equal. If they’re not affected by the systematic racism and injustice, they may know someone who is.

As a young African American male, I feel like a target every time I wake up and walk out the door. Time after time, we receive news that someone else has been unfairly killed by police, and we barely receive any justice for that killing. Many of us, including myself, have to worry about being in the wrong place at the wrong time, especially as a young African American. Everyday I get in my car, hoping that I don’t get pulled over because if I do, I’m more worried about getting shot and/or killed than getting a ticket. I fear that I may walk in a store and instantly be looked at as suspicious for no reason but because my skin color is a threat to the community. Most importantly, I fear for my life. Just like all of us, I have a future ahead of me, and I don’t want it to be cut short, especially from the injustice of the legal system. I’ve already visualized being a victim of police brutality. I’ve already imagined being killed or abused by those officers and receiving little if not no justice. The more I imagine, the more I realize that it’s not as close to an imagination as I would hope for, it’s closer to reality. 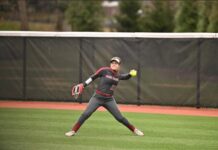 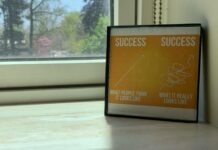 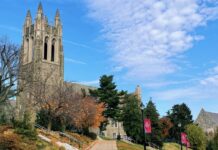