Eddie Van Halen, leader of the rock band “Van Halen” passed away last week at the age of 65 due to throat cancer. Eddie Van Halen will go down as one of the greatest guitar players who ever lived, and this is not a personal bias. Maybe some of you are unfamiliar with him because his songs are not as famous as other classic rock songs, however it does not take away the absolute genius he showed on the guitar. After his passing, bands and guitarists from all over the world paid tribute to Eddie Van Halen. AC/DC tweeted out “Eddie was a guitar wonder, his playing pure wizardly. To the world of music he was a special gift.” Mötley Crüe’s Nikki Sixx tweeted, [He] was the Mozart of rock guitar.”

“Eddie was a guitar wonder, his playing pure wizardly.”

Eddie was regarded as one of the best guitarists of all time due to his creativity and innovation to the rock and roll music genre. He played the guitar so uniquely, creating new rhythm and ways to rock. He pushed rock and roll music to new heights with these innovative ways on how to play the guitar. On top of being one of the best guitarists in the world, he was a highly respected person in the eyes of his friends.

You would have to scroll through this article for hours if I listed all the good things that had been said about Eddie Van Halen after his death. The amount of love and support by friends, bands, celebrities, and fans has been incredible. Although most of us including me never had the chance to meet Eddie Van Halen I would like to think he would leave an ever lasting impact on me the way he did for Queen’s lead guitarist, Brian May. Brian tweeted out, “Completely gutted to hear the sad news. This wonderful man was way too young to be taken. What a talent – what a legacy – probably the most original and dazzling rock guitarist in History. I think of him as a boy – an innocent prodigy – always full of joy, always modest – and those truly magical fingers opened a door to a new kind of playing. I treasure the moments we shared. His passing leaves a giant hole in my heart.”

“I treasure the moments we shared. His passing leaves a giant hole in my heart.”

Personally, Eddie Van Halen had a pretty decent role in my life. One of my first classic rock songs I fell in love with was “Jump” by Van Halen. Fast forward a few years, bored out of my mind I picked up a new hobby; playing the guitar. I instantly became obsessed with it, watching videos from Mumford and sons to as far as Eddie Van Halen. When I watched him play the guitar, I instantly was mesmerized by it, and became inspired to try and be him one day. I know that that may not happen, however watching old videos of him playing “Jump” inspire me to keep learning the guitar. 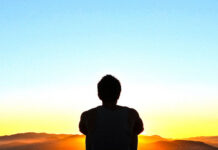 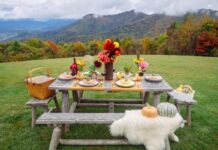 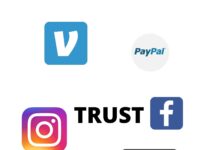