The idea that election day should or should not be a national holiday has been ringing in American’s ears for quite some time. This year, however, the debate seems to be especially taking root in college communities across the country. Saint Joe’s is certainly no exception. Petitions have been going around the student body requesting the cancellation of classes on November 3rd so young adults can perform their civic duties. In the age of the COVID – 19 health crisis, the administration has taken into consideration the issues that could be raised and the risk of contamination with so many students leaving and returning to campus in a short window of time.

At the same time, the University, like so many other institutions and organizations in 2020, is aligning itself with the single most important campaign; the campaign of encouraging people to vote, which seems to be more prominent this year than ever before. Saint Joseph’s recently released an internally produced video encouraging students to come up with a voting plan for the big day.

Endorsing the importance of voting is an important first step, but giving students the proper opportunity to do so is just as important. One of Saint Joe’s core beliefs is engaged citizenship. Shouldn’t this be enacted by canceling classes for election day?

Voting in person this year may be preferred by election officials in many states, especially considering how many mail in ballots have already been cast and need to be processed. Many elderly and at risk individuals will not be able to go to their respective polls as it would compromise their health and safety during the pandemic. If younger voters are given the opportunity to vote in person, postal workers will have fewer ballots to process thus ensuring faster and more efficient results.

Pennsylvania is one of several swing states that will be closely watched on election night, making it imperative that votes are counted fairly and as efficiently as possible. By canceling classes, the University would be giving students more time in their already busy schedules to wait in lines at the polls which are already expected to be crowded. Saint Joseph’s would also be joining several prestigious Universities such as American and Brown, both of which have given an academic holiday on November 3rd in hopes of increasing young voter turnout.

The University Administration claims that there is no room in the academic calendar to cancel classes, however, there have already been two reading days given to students for study time. A great option for SJU to have achieved an election day holiday could have been the rescheduling of a reading day to have it fall on November 3rd.

Regardless of whether or not classes should be canceled, students need to get out and vote. According to the US Census Bureau, only 48.61% of 18-29 year olds voted in the 2016 election, a portion smaller than any other age group. With the deadline for sending ballots passing in several states, students will have no other option but to go to the polls or find a dropbox to ensure their votes are counted. It is absolutely essential to have a voting plan for November 3rd. If you live in Pennsylvania click here to find your polling location.

With the country at a point of historic polarization, the most important and effective way of expressing beliefs is to vote.

It is up to every American, including every SJU student and administrator to embody their commitment to civic engagement by making a difference on November 3rd. 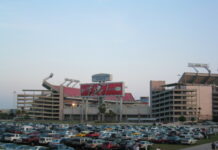 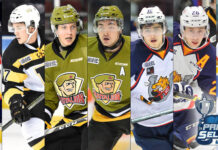 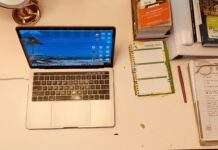