The Covid 19 epidemic that has affected the whole world, especially the United States, has changed many things that Americans would never have imagined to change. For most people, the Covid 19 epidemic has affected the way people live. It has affected families, businesses, and sports. Like most countries, sports are a huge part of life. The United State’s loyalty to football helps bond and unite fans and people all over the country, but that has changed because of Covid -19.  Like many businesses, restaurants, and public events, football also has to change its ways and take precaution.

Unlike the NHL and MLB, the NFL is not playing its season in a bubble. Instead, each team will be playing in their home stadiums or traveling to their opponents stadium. This has opened many more challenges that the NHL and MLB never had to face. An ESPN Staff Writer says, “The NFL will administer Covid-19 tests to players and other essential employees everyday of the regular season except game day” (ESPN). This limits the chances of an outbreak within the team facility and the players. So what happens if a player tests positive for Covid-19? If a player tests positive for having Covid-19 they will be immediately isolated. They are forbidden to access team facilities and are not allowed to have any direct contact with fellow players or team personnel (SportingNews). The players are then told to move to wherever they need to isolate so they can begin quarantining. Depending on a positive test and if the player was asymptomatic or showing symptoms, the player will be allowed to return back to the team and team facilities after a 10 day isolation period.

Like all sports, fans play a huge role in the game because of their noise and their presence at the game. All fans have an affect on the game. With the precautions of Covid-19 in place, fans are either prohibited or limited at the stadiums. So teams allow a few thousand fans and other team organizations do not allow fans at all. All across the league, the allowance of fans in the stadiums has varied. There are teams like the New York Jets who have banned fans from entering the stadium until further notice and teams like the Dallas Cowboys who hosted approximately 25,000 fans in week 5 (ESPN). With no fans in the stadiums, the players have also been affected. Some players often depend on the fans to bring energy to the team. Without fans there has been a change in the football atmosphere. A cornerback for the New England Patriots described the statium’s atmosphere with no fans saying, “You can’t really envision what an NFL game is like with no fans. This felt more like a high school scrimmage. Maybe you travel somewhere for a scrimmage, and your parents come, but no other fans” (Insider.com).

Covid-19 has affected so many people and has had a lasting impact on the way Americans live. It has forced many things to change and take precaution because of this pandemic. Through sports, people come together to route for their team. It creates a sense of unity throughout the whole country, but at these trying times, that has changed. All types of sports, no matter what level of play you are on, have been forced to also take proper precautions to eliminate the spread of this virus. Covid-19 has been an unfortunate, but necessary challenge for players and fans all over the country. 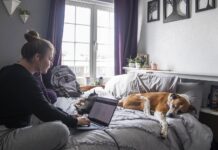 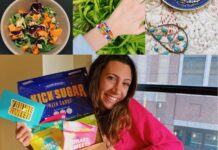 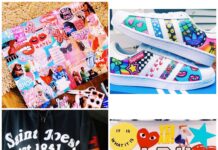